Learn more about the historical events of the Second World War in America with these World War 2 picture books for kids, including books about soldiers.

16 real-life and imagined voices tell the story of the surprise Japanese attack on Pearl Harbor in 1941. Each character brings their own viewpoint to the re-telling, including that of a Hawaiian native, a female mess attendant, a young child, a Japanese widow, and more. 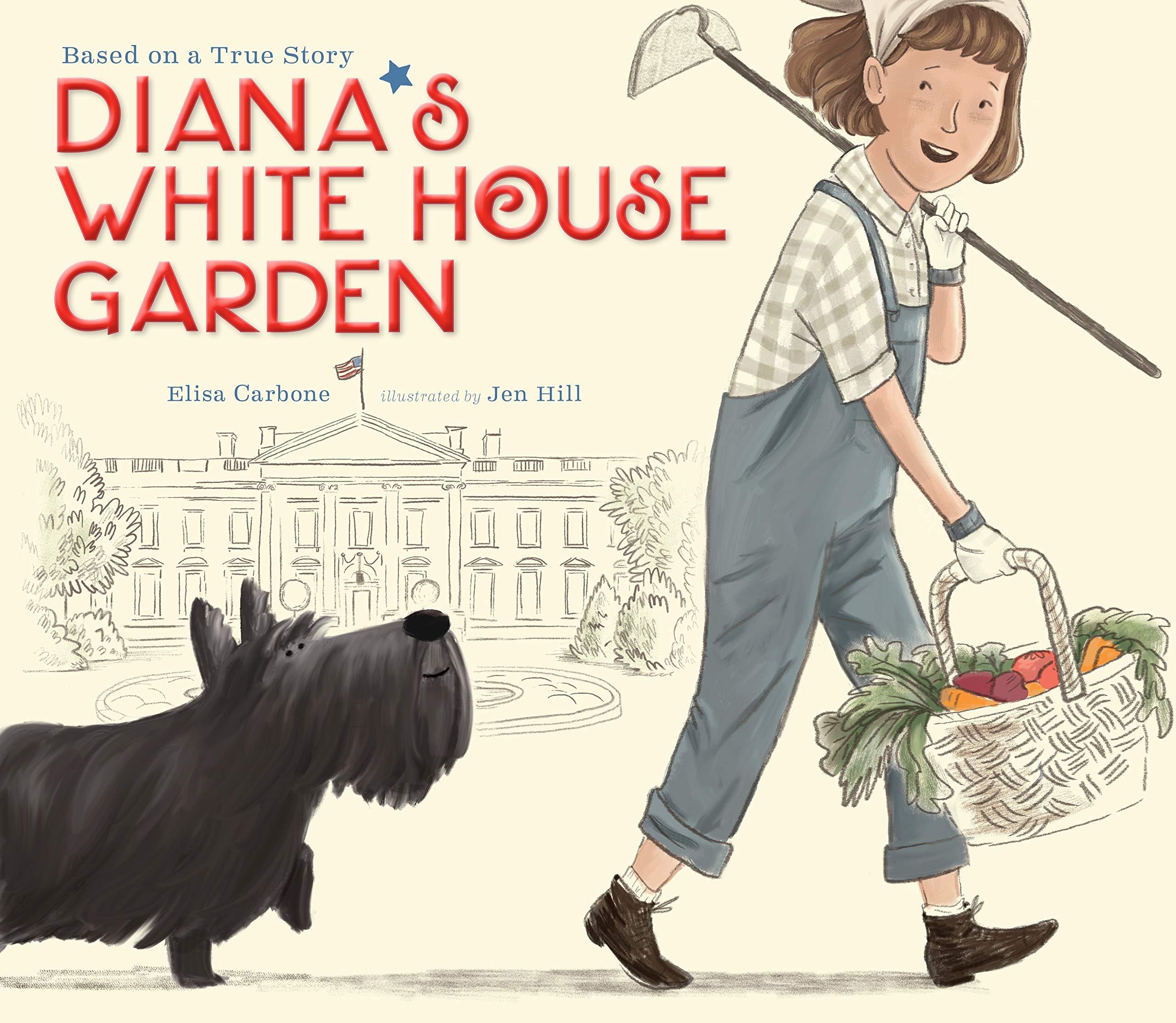 Diana’s father is Harry Hopkins, adviser to FDR, and together they live at the White House. Diana loves getting into mischief, but when the president suggests that the people do their part for the war effort by growing Victory Gardens, Diana decides to channel her energy into cultivating vegetable patches.

Boxes for Katje by Candace Fleming

When a little girl named Rosie hears about how people in Holland have been affected by the war, she sends a package all the way from her home in Indiana to a little girl she has never met across the ocean. Katje sends a letter back, and soon both girls have their towns involved in the project, bridging the gap between countries and cultures to form a bond of friendship. An endearing tale of kindness in the post-WWII era.

While stationed overseas during WWII, a scared teenager from Kentucky meets a little girl who gently tends to his bug bites. The two form a bond as Tucky Jo endears himself to her family and begins to share his rations with them. This heartwarming tale about their unlikely friendship is based on a true story.

Mercedes and the Chocolate Pilot by Margot Theis Raven

In 1948, Stalin closed the border on the west side of Berlin, trying to cut off people on that side of the city from the rest of the world. Unable to get supplies, the people in Mercedes’ city began to panic. Pilots flying over the city dropped food and other essentials from the air. When American pilot Lt. Gail started to drop candy to the ground, the children of West Berlin dubbed him the ‘Chocolate Pilot’. This is the hopeful story true story of Mercedes and her hero Lt. Gail Halvorsen.

Baseball Saved Us by Ken Mochizuki

Following the Pearl Harbor attack on Hawaii, Shorty’s family is forced to move to a Japanese camp. Everyone in the camp is struggling to maintain their dignity, and Shorty’s dad wants the people to have some form of entertainment. They work to create a baseball field in the dust and sand, and begin to hope anew. 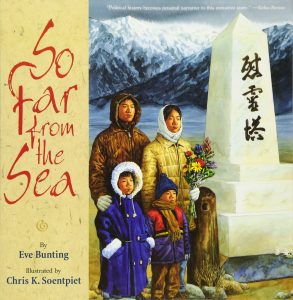 So Far From the Sea by Eve Bunting

An emotional tale about a family who visits Manzanar, site of a former Japanese internment camp, to pay their last respects to a family member buried on the site. Laura’s grandpa was one of the last to pass away while at Manzanar. As the family says goodbye in meaningful ways, Laura reflects on the struggles her relatives have faced.

The Bracelet by Yoshiko Uchida

In one of the United States’ most egregious civil rights violations, Japanese-Americans were ordered to move to internment camps. Emi and her family receive very little notice that they are to be evacuated from their home, and the seven year old struggles to understand why she must leave her friend, possessions, and home behind. This longer picture book would be good as a read-aloud or for middle elementary on up to read independently.

A Place Where Sunflowers Go by Amy Lee-Tai

Mari and her family are living in Topaz, one of ten Japanese internment camps across the U.S. Her art teacher instructs her to draw something beautiful, but Mari can’t seem to find anything around the camp to fit the bill. Written in Japanese and English, this poignant tale will draw readers into the story of the internment camps through the eyes of a child.

Write to Me by Cynthia Grady

Clara Breed, a San Diego librarian, decided that the Japanese internment camps many of her young patrons were forced into would not stop her from delivering hope. She kept in contact with the children who had previously frequented her library, sending books and letters and even once appearing in person at the camp. She provided the children with a much-needed distraction and tie to the world outside the camp. 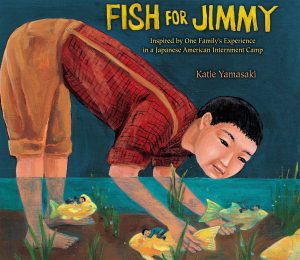 Fish for Jimmy by Katie Yamasaki

Two brothers and their parents are being held at one of the many camps Japanese-Americans were forced into during WWII. Together the boys fight for a sense of normalcy and levity while they endure camp life.