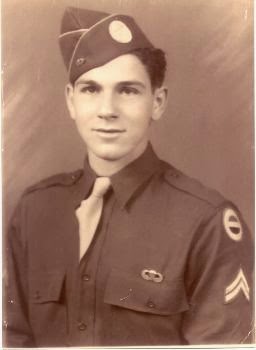 For those who don’t know, Mr. Guarnere (AKA Wild Bill) fought during WWII in Easy Company. Guarnere lost a leg during the Battle of the Bulge, while helping an injured friend who also lost a leg. (Joe Toye)

Easy Company’s exploits during WWII caught the attention of Steven Spielberg and earned fame from the epic miniseries Band of Brothers. He and his best friend Babe Heffron wrote a memoir entitled Brothers in Battle, Best of Friends. Heffron died December 1, 2013.