The Zookeeper’s Wife is the poignant story of a couple who hid 300 Jews during the Holocaust. Here is a movie study designed for high school students with discussion questions. 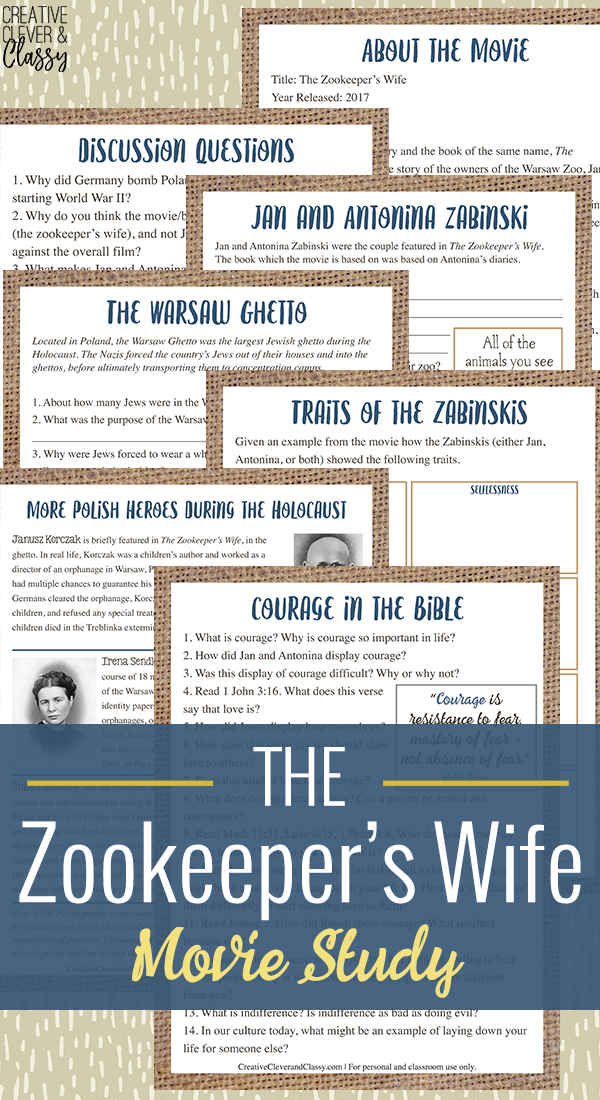 How often do you rent a movie after not really liking the book? I fell in love with the story of the Zookeeper’s Wife instantly, but felt the book focused too much on little details and animals, while missing the larger picture. (see my full review here.) Fortunately, I personally feel this is one of the rare incidents where the movie outshines the book.
Meet Jan and Antonina Zabinski, the owners of the Warsaw Zoo in Warsaw, Poland. Jan was a respected zoologist, while Antonina’s passion and love for their animals was the heart of their zoo. Their home was often filled with a plethora of different animals. 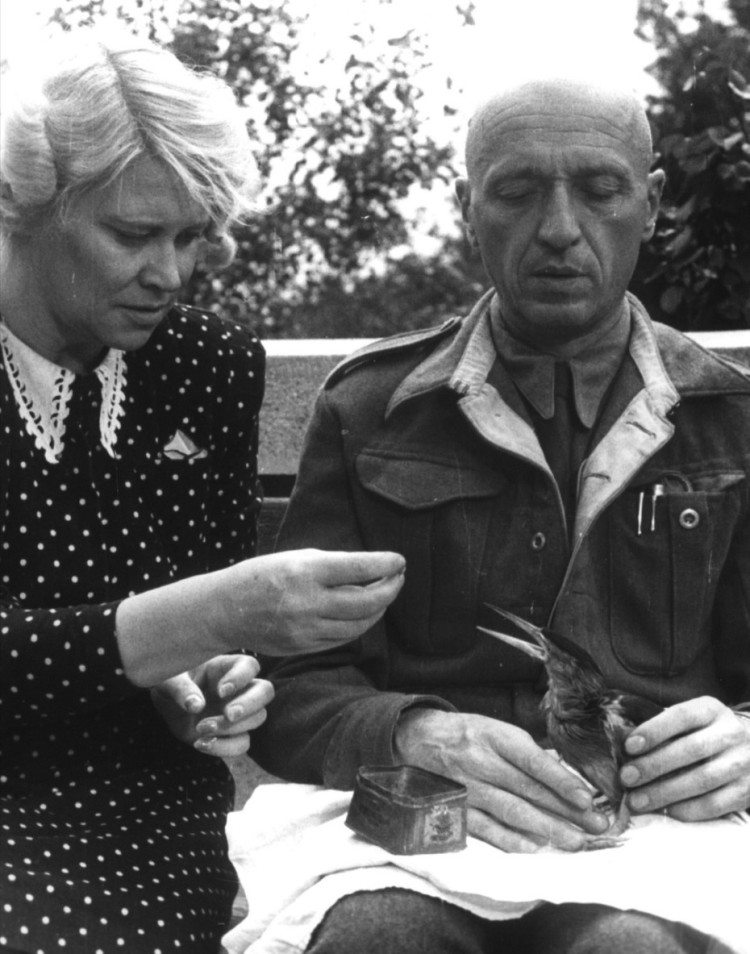 When the Germans invaded Poland and bombed its capital (Warsaw) in September 1939, the zoo was nearly destroyed. Cages were destroyed and animals fled in the midst of the massive chaos. Jan had grown up to Catholic parents in a working class Jewish neighborhood, and was actively involved with the Polish resistance from the beginning.
A few years later, as conditions in Poland were tightening, Jan began smuggling Jews out of the Warsaw Ghetto and bringing them into their zoo, using the abandoned and destroyed animal cages as their shelter. Some stayed for a few days, others stayed for years. Nazi soldiers frequently visited the Zabinski’s zoo, and each time, Antonina would play a song on the piano to warn their guests to hide in silence.
Over a course of three years, the Zabinskis sheltered 300 Jews and resistance members. All but two survived.
Jan and Antonina were later recognized as the Righteous Among the Nations by Israel’s Holocaust memorial, Yad VaShem. The title is awarded to gentiles who repeatedly risked their lives to rescue Jews during the Holocaust. 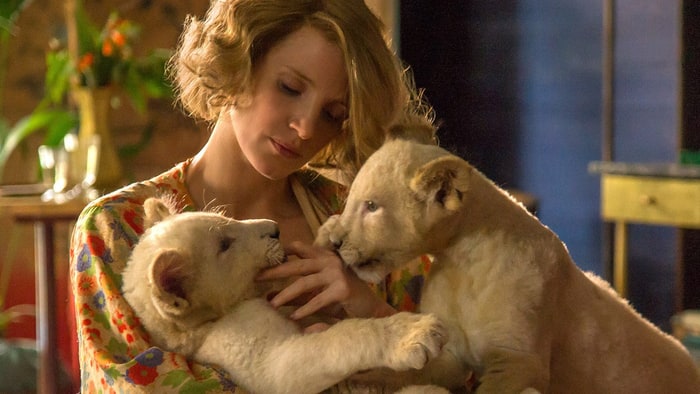 As for the movie, Jessica Chastain’s accent can be a little ear-wrenching at times. Although I felt the movie included much more WWII content than the book did, it still glossed over much of Jan’s role in the resistance. However, the movie’s focus was on Antonina, so I can forgive this a bit.

With content, there is no profanity. There are some scenes of sexuality (including an offscreen rape, an attempted rape, and some unnecessary nudity in one scene) that may turn viewers off. The violence is not graphic but is often hard to watch – majestic animals and humans getting shot at.

The movie did include the story of Dr. Janusz Korczak, whose scenes were some of the least graphic but most heartbreaking. Korczak is a poignant example of someone who had multiple opportunities to save his own life, but refused to. Korczak died in a concentration camp with the 200 children in his orphanage.

All in all, I really enjoyed the film. (For more information on the true story, visit History vs Hollywood, and read this detailed article about the Zabinski’s life.) I’ve seen a lot of Holocaust movies and despite its flaws, this one does a great job showing the bravery of two ordinary people.

Due to the maturity of the movie and its themes, these discussion questions are aimed at high school students, although they can be adapted for older or younger grades. This movie study includes:

You can grab The Zookeeper’s Wife movie study from my shop or from Teachers Pay Teachers. 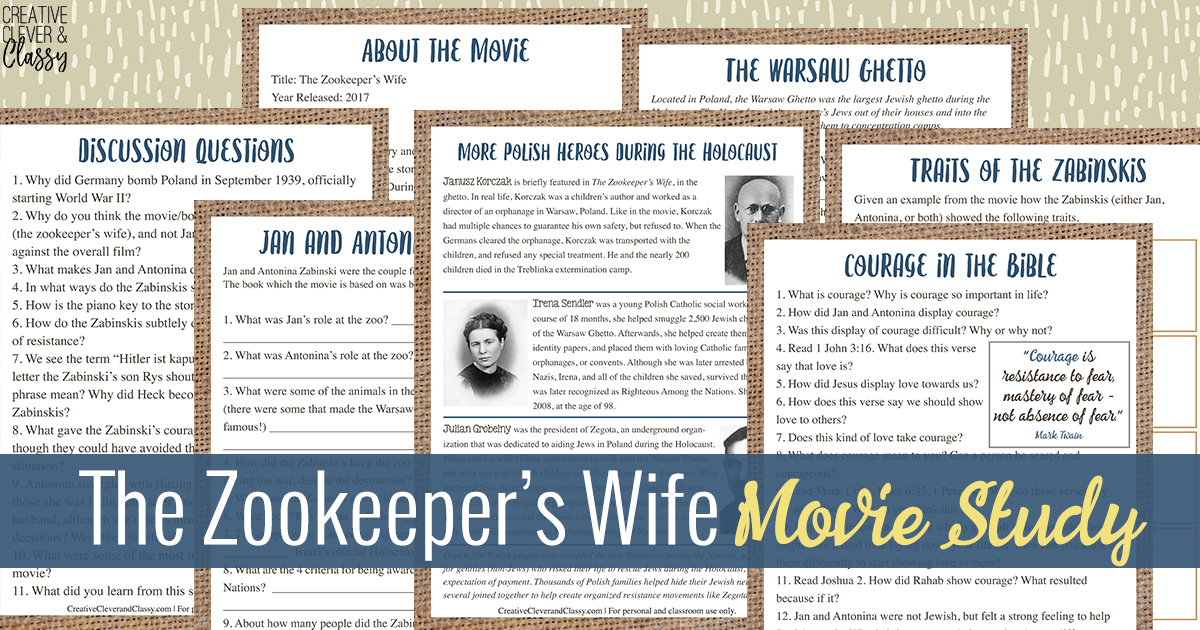 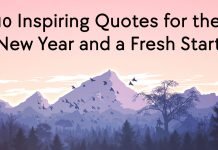 10 Inspiring Quotes for the New Year and a Fresh Start