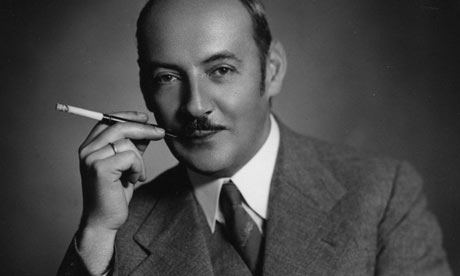 In the 1920s, Herman Göring began to get actively involved with the Nazi party. A notable leading member of the Nazi party during WWII, he founded the Gestapo, and in the 1930s became Hitler’s right-hand man. He is known for collecting the stolen art of Europe’s Jews. After the war, he was tried and convicted, but a day before they could hang him, he committed suicide by cyanide in his prison cell.

Despite being related to one of the most vile people history has to offer, his younger brother Albert Göring was the exact opposite. Albert loathed the Nazis so much that while the Nazi party began to form, he moved to Austria, became a citizen, and worked for a film studio. After Germany’s annexation of Austria in 1938 — Albert moved again to Czechoslovakia. The following year, he became the export manager of the giant Skoda automotive works, in Pilsen.

There, he helped many fellow employees escape by forging his brother’s name on documents. He also requisitioned slave laborers from concentration camps, and after collecting them, he released them into the forests. Albert also turned a blind eye to episodes of sabotage at the plant, which had major military contracts from the German occupiers. The Gestapo (and even his brother, Herman,) was often aware of his actions but was powerless to stop him.

With simple acts of bravery like calling out an SS officer who was humiliating a Jew, Göring had much sympathy for the Jews, and got away with most of it, as no SS officer wanted to be accused of shaming Herman Göring’s brother. He used his name – and that of his brother – to his advantage.

When he saw Jews humiliated on the streets, he would prevent it, showing his ID. He helped Jewish friends and those married to Jews escape occupied Europe or go into hiding. He helped many escape from concentration camps. He used his position to get his former Jewish boss Oskar Pilzer, and Pilzer’s entire family, freed. For those who helped flee to free Switzerland, he set up bank accounts so they would have a little money to start their new life with. He gave money to members of the resistance, and he looked the other way when they committed sabotage or stole weapons for their illegal struggle at the weapons factory where he held a high-ranking position.

Even though they had radically different beliefs, Herman protected his brother, stating family was “off-limits,” and even signed documents for him, which resulted in many lives saved. Herman later told a psychiatrist, “Albert was always the antithesis of myself.”

Unfortunately, no one knows how many Jews Albert rescued or helped rescue. Thirty-four Jews came forward in the war’s immediate aftermath to testify on his behalf. Albert was imprisoned for several years simply because of his name. Nobody believed what he had done. Even though he was acquitted, Albert lived an outcast for the rest of his life. No one wanted to be associated with the Göring name. Despite this, he still must’ve had compassion in his heart, as towards the end of his life he married his housekeeper so she would inherit his state pension. In 1966, he died in Munich.

I started Inspirational Tuesday to specifically take focus off of the bad guys and showcase some of the good guys. This couldn’t be more true with this side-by-side parallelism of two brothers – one good, one evil – that reads like a Hollywood script. I had heard of Herman Göring, but it wasn’t until recently light began to shed on Albert’s story. No doubt because of his brother, Albert could have achieved much fame and fortune during the Nazi era.

It’s speculated Albert’s passion may have stemmed from allegedly being born out of an affair and having a Jewish father. No one really knows, and it never caused an issue during the war. Either way, he could have easily opposed the Nazi party quietly. It really is a shame he is lost in history books. You can watch the documentary “Goring’s Last Secret” about him. (It’s currently on Netflix.)