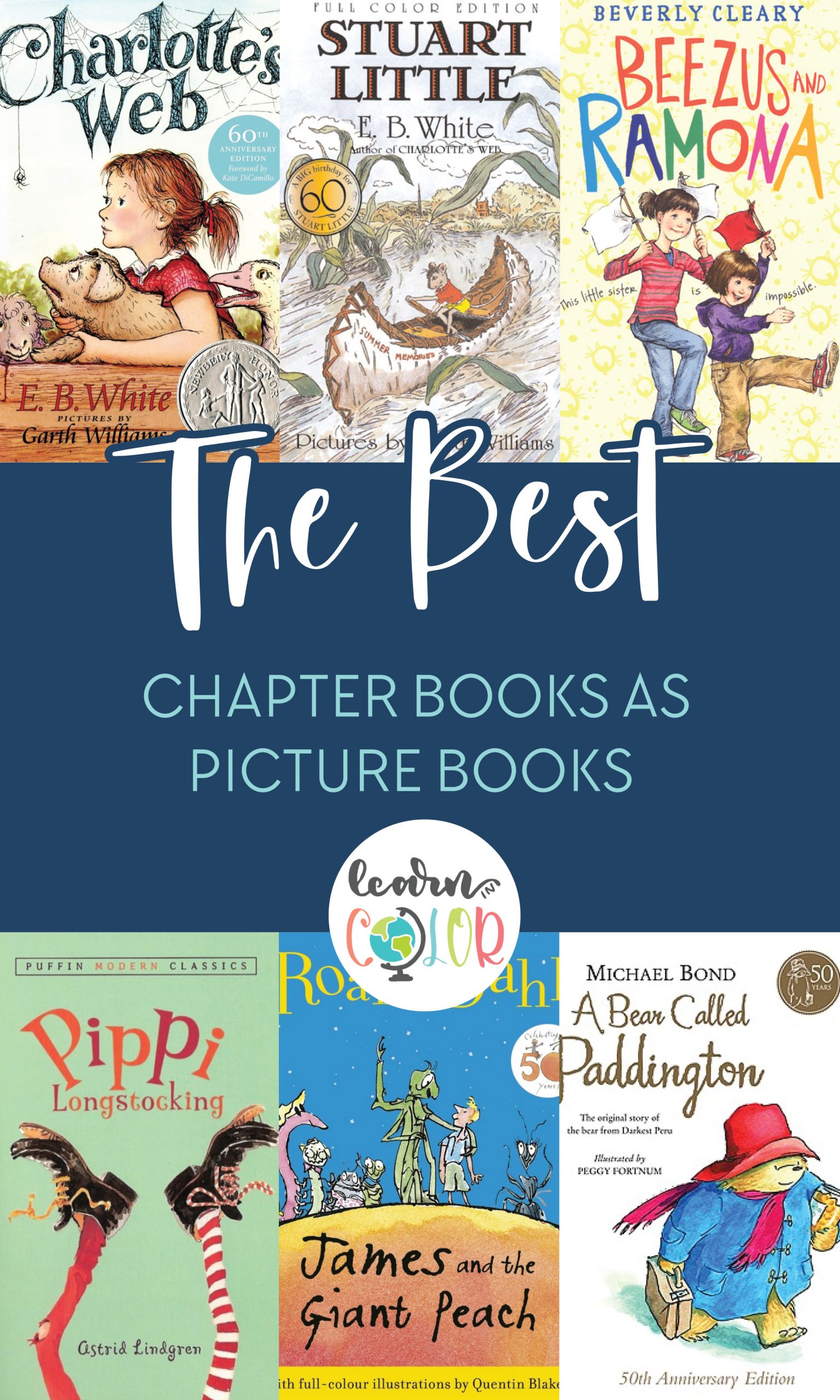 Want to introduce your early readers to classic literature but need something they can read independently? Looking for a pair of books for a shared unit study between your early and upper elementary students? These picture and chapter book duos are perfect for helping to get kids excited about reading, for independent and read aloud times, and/or for creating connected but differentiated study across age and grade levels. Happy reading!

The One and Only Ivan by Katherine Applegate

Ivan, a mall gorilla with a talent for artistry, often feels confused at the difference between him and the humans who come to gape at him and commission his drawings. He wonders if they are really so different after all and why they are allowed to move about freely at the mall and even leave when he is not. He struggles with purpose and eventually finds a kind of liberation after looking outside of himself.

Wilbur was born the runt of a litter of pigs on Zuckerman’s farm and narrowly escapes death because of a compassionate young girl named Fern. Under Fern’s tender care, Wilbur flourishes and moves to the barnyard with the other animals. There he befriends a wise spider named Charlotte, and when Wilbur’s life is once again threatened, Charlotte steps in to save the day by creating messages in her web above Wilbur’s pen. Wilbur becomes a sensation, but only through the true friendship and self-sacrifice of Charlotte.

Little House on the Prairie by Laura Ingalls Wilder

This autobiographical series follows Laura and her pioneer family as they try to build a life from scratch on the prairie after traveling west in a covered wagon. It is an interesting and anecdotal way for children to learn about the realities and hardships of homesteading and conquering the west, while also displaying themes of perseverance, courage, and the importance of family.

The Lion, the Witch, and the Wardrobe by C.S. Lewis

The Lion, the Witch, and the Wardrobe by C.S. Lewis (picture book)

Siblings Lucy, Edmund, Susan, and Peter find themselves in the magical land of Narnia after accidentally stumbling through a wardrobe. There they discover a land trapped in eternal winter under the curse of the White Witch. The creatures that inhabit Narnia hold out hope that one day Aslan will bring deliverance, and the siblings join in the quest to break the curse and usher in an era of freedom.

Auggie Pullman was born with a facial difference, and that worries him now that he is starting at a new school and looking for friends. A lot of his new classmates stare and point, but some are downright mean, scaring others by spreading rumors about the ‘plague’ that Auggie carries. Auggie’s journey to navigate his new school and friendships is inspiring and teaches compassion and acceptance.

Kids will love the hilarious escapades of this toast-and-butter loving pig who lives with human parents. When Mercy snuggles into bed with the Watsons one night, the frame cracks, sending the three into a gaping hole in the floor. Mercy is off to find help, well, before she gets distracted by the smell of freshly baked sugar cookies! Who will save the day? An entertaining cast of characters and a lovable pig bring a load of whimsy to the table that is sure to delight children of all ages.

The Wizard of Oz by L. Frank Baum

The Wizard of Oz by Rosie Dickens (picture book)

A fierce Kansas twister rips Dorothy out of the familiar and into a strange new land with her dog Toto. They begin to follow the Yellow Brick Road on a mission to meet the Wizard of the land of Oz, and along the way they encounter some companions that are all missing something–a Tin Man who needs a heart, a Cowardly Lion who who needs courage, and a Scarecrow that needs a brain.

The oft-unwell Mary Lennox goes to live with an uncle after the unexpected death of her parents. The great house is shrouded in mystery and secrets, and Mary, finding herself with unlimited time, sets off to discover them. She hears rumors of a secret garden and eventually finds a way in. The garden becomes a place of delightful escape for Mary and she goes there often. But the house has more secrets to disclose, as Mary soon finds out when she encounters a boy, bedridden, hidden away,  and also prone to sickness. The two form a fast friendship and begin to enter the secret garden together. The garden becomes a catalyst for change, and healing and wholeness begin to take place for the two children as well as for the other members of the household.

One day Alice falls through a rabbit hole and her world changes forever. Therein she meets some of the strangest and most unique creatures known to literature. From the exasperating Cheshire Cat, to her attendance at an un-birthday party, to playing croquet with a flamingo mallet, Alice and her quirky adventures will simultaneously bring delightful confusion and a sense of whimsy to whomever opens the pages of her story.

Do You Know Pippi Longstocking by Astrid Lindgren (picture book)

Pippi Longstocking has a horse that lives on the front porch, a protective sidekick in her monkey Mr. Nilsson, a cannibal king for a father, and a personality full of fun and mischief! Her independent temperament and insatiable quest for adventure are sure to entertain as readers peek into the world of Pippi and her hilarious antics, often with her unsuspecting neighbors Tommy and Annika in tow.