I first came across The Auschwitz Escape by Joel C. Rosenberg in a Christian bookstore magazine. I have a strong passion for WWII, and was instantly intrigued by the cover and the title. I’m happy to say this was the best book I read in 2014, and probably even since then as well. 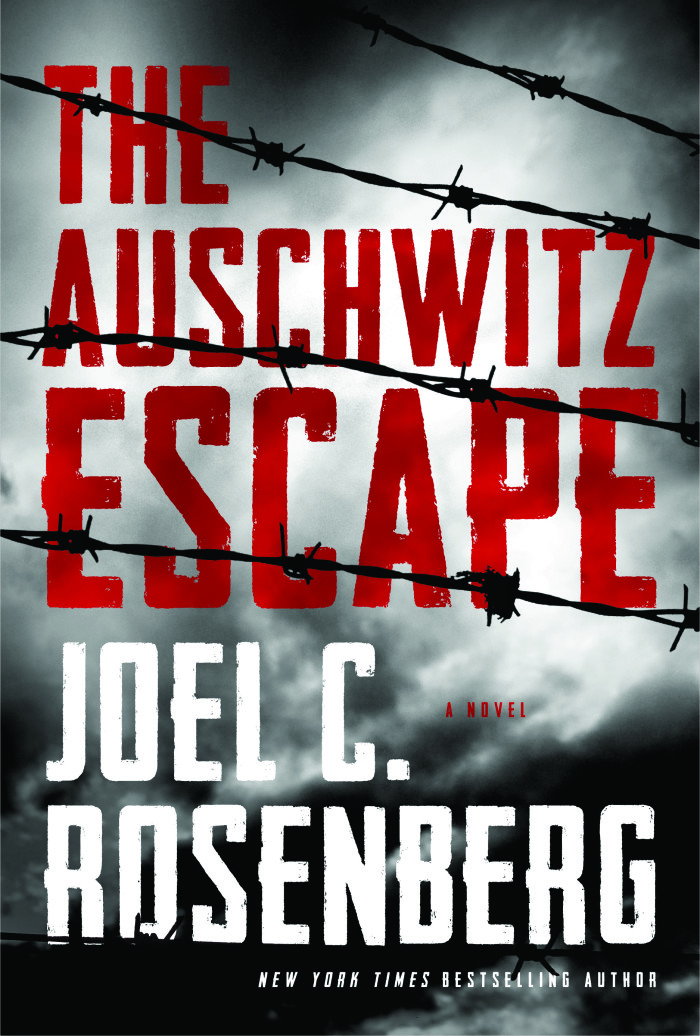 Although labelled Christian fiction, The Auschwitz Escape is a raw, honest and unflinching look at the Holocaust and Christians during the war. It was extremely well researched and combined several true events and people into a fictional story.

Jacob Weisz is a shy, non-religious young Jewish man from Germany. His father is a professor and a firm believer that Hitler and all of his buddies are just temporary. Jacob’s Uncle Avi believes quite differently, and he even goes as far as planning on smuggling the Weisz family out of Germany. When Jacob’s father refuses the offer – Jacob’s life is turned upside down and before he realizes it, he is on a train – headed to Auschwitz. And he refuses to die.

In the next instant, he finds himself in Auschwitz; planning an escape from one of the biggest hell’s in history with a Protestant pastor who helped shelter 5,000 Jews in his tiny French village. Not only this, but thousands of lives depend on the success of this mission…

I really enjoyed Jacob’s development as a character. He starts out as a meek peacemaker, and ends with astounding courage and the urge to help others. He is definitely not without his faults, even as the novel lingers to a closing, but he is a great character. I also think Jacob may be the only Christian fiction protagonist that isn’t a Christian… I greatly admire this.

Jean-Luc, a French pastor and Jacob’s escape buddy, was my favorite. He is quiet, humble, and has a strong sense of truth and righteousness. His beautiful wisdom instantly reminded me of Johannes, my favorite character from my favorite children’s novel I Am David. Likewise, Jean-Luc really reminded me of actor Jim Caviezel (who also played Johannes in I Am David) and if this ever happens to hit the big screen, I have no doubt Jim Caviezel would perfect this role.

This is a Christian fiction novel written by a Christian with an Orthodox Jewish background. An extra bonus to the fantastic characters and emotional writing; religion, Christianity in particular, was handled surprisingly and refreshingly realistically,  yet it wasn’t bashed like some secularists do. It is very realistic, yet is still filled with hope.

Jean-Luc, the Protestant pastor at Le Chambon in France, is a great Christian man, who is not arrogant, pushy or ignorant, and he certainly is not your typical Christian. (And Rosenberg knows it)

Luc is the only main character in the story that is a Christian. Never does he get preachy or boast – directly or indirectly –  in a way that really implies he is stuck up. He never tries to convert any of his Jewish friends. In fact, he doesn’t really bring his faith up – but shows it through his lifestyle and actions. When the other Jewish characters notice it, they do ask about his faith. His perfect, humble nature is very realistic to the plot, as most Christian resistance members seemed to be very similar to Luc.

Other realistic aspects are: A bunch of the Nazis went to “church” on Easter Sunday. In a lot of Christian media (I’m looking at you, God’s Not Dead) Christians are portrayed as perfect and everyone else terrible. As a Christian, this part was hard to swallow but I appreciated how Rosenberg did not shy away from this reality, now matter how uncomfortable it is. Also, one of the most inspiring and brave characters is an atheist.

Despite these, The Auschwitz Escape is clearly Christian and does not make fun of Christianity – it just acknowledges the hypocritical part of Nazi Germany. There is a perfect balance between honesty and bashing. Rosenberg has it.

I was pleasantly surprised at how much research was put into this – from the Twentieth Train incident, to a Polish soldier named Witold Pilecki, to the little town of Le Chambon in France that rescued 5,000 Jews. The back has a list of documentaries and books related to the story, and I will definitely be placing them on my top-priority list.

THE REAL STORY: (WARNING: Major spoilers!) Slovakian Jew Rudolf Vrba, who Jacob is based on, escaped Auschwitz in the exact same way Jacob and Luc did – by hiding in a wood stack and waiting three agonizing long days. Vrba really did use tobacco/gasoline to fool the guards and he really did tie straps of flannel around his mouth so that he would not cough. The only main difference was that although Vrba did hide with a friend, his friend…survived…

Other events like the Twentieth Train incident, when Jacob was arrested, – a Jewish doctor and his two Gentile friends, a lantern with red paper, and one pistol – all of it happened and all appeared in the novel. Vrba was not arrested in this manner, but I liked how Rosenberg tied these two historical events together. Brilliant! A man and three of his friends really did successfully drive out of Auschwitz in the Commandant’s car. Le Chambon really is known for rescuing 5,000 Jews.

So basically, go grab a copy!! You won’t regret it! For more about the actual escape, you can watch the PBS documentary Escape From Auschwitz on their website. (nothing overly graphic) 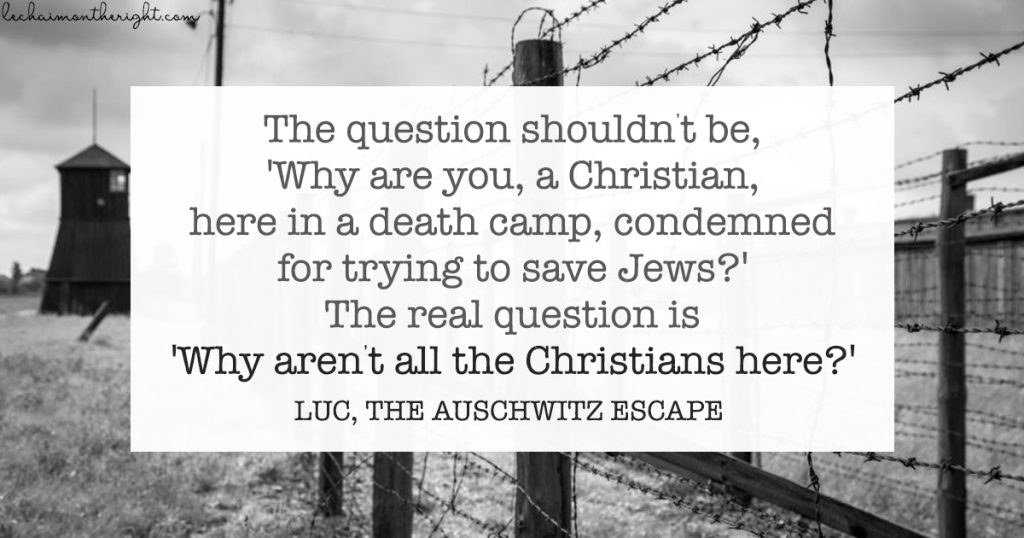