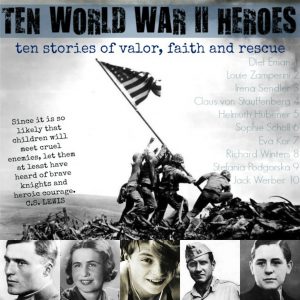 In this series, you will meet:

You can see why I wrote this series and the table of contents here. The heroes I featured were:

I hope you all enjoyed this series! Some nights, I was editing WAY past midnight and worn but, but I had lots of fun writing each story, and I also learned a lot from it. I hope you found each post inspiring and informative! 🙂 Continue to check back on my blog or follow my blog board on Pinterest! Thanks!