Learn about the Holocaust with this eight-week Holocaust unit study. It includes lessons on Hitler’s rise to power, Jewish resistance, life in the concentration camps, and the Righteous Among the Nations. 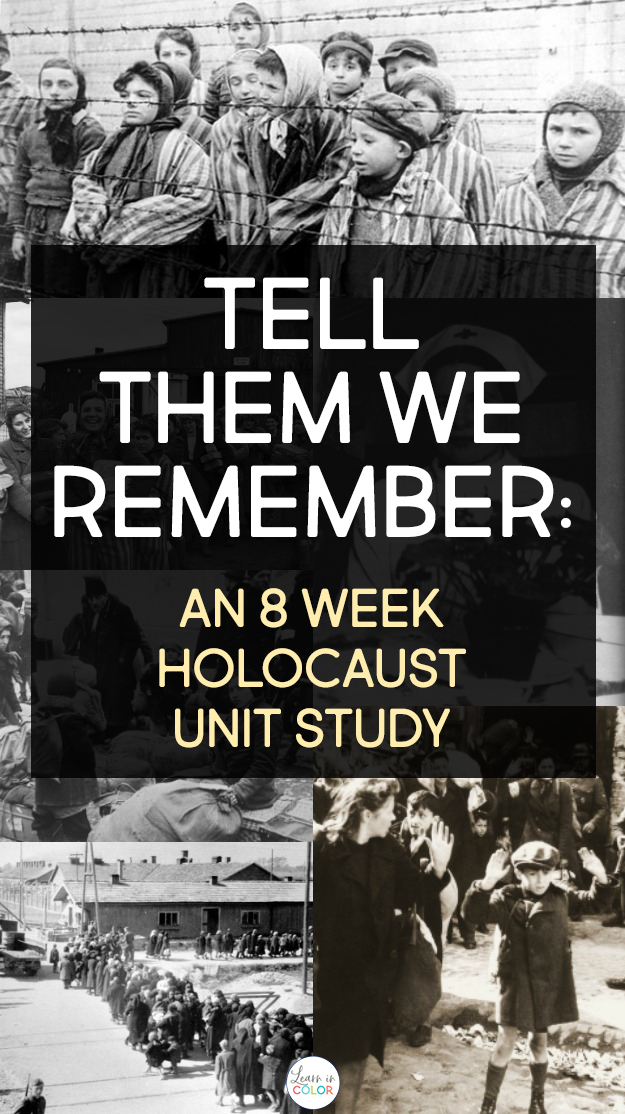 “Those who cannot remember the past are condemned to repeat it.” -George Santayana

The Holocaust is one of the most devastating time periods in modern history. Eleven million people, including six million Jewish people were brutally murdered by the Nazis.

When I first learned about the Holocaust in elementary school, I had many different questions such as:

Over the years, I’ve read several books about the Holocaust and I wanted to put together a comprehensive unit study. Most often, textbooks just have some of the logistics of the war and leave out the thousands of incredible stories with survival, resistance, and rescue.

This unit study for middle school students comes with over 80 pages of comprehension, discussion, and critical thinking questions. These questions are designed to get students thinking critically about the Holocaust and apply certain concepts to their own life. It covers four topics: how Hitler came to power, life in the concentration camps, Jewish resistance, and the righteous among the nations.

There is a lesson plan and extensive extended resources if there is a certain subject that is interesting. This study can be used for 8 weeks, but can be done in more or less time depending on the student’s interest.

It is reading and writing heavy. The questions are NOT simply comprehension. They are meant to inspire deeper thinking and can easily be used for verbal discussions. Several questions relate to character building and how lessons can be applied to today.

Weeks 1-2: An Introduction to the Holocaust

How did Adolf Hitler rise to power in Nazi Germany? Learn how Hitler used the Hitler Youth to gain power and how some courageous students defied Hitler.

Jack Gruener was only 12 years old when the Nazis invaded Poland in 1939. Over the next few years, he survived ten different concentration camps and two death marches. He has an incredible story filled with resilience and humanity.

Week 8: Righteous Among the Nations

Yad VaShem, Israel’s Holocaust memorial, honors gentiles who rescued Jews during the Holocaust as Righteous Among the Nations. There are over 26,000 gentiles who have received this honor. Explore the story of one, Irena Sendler. Irena was a Polish Catholic social worker who rescued over 2,500 Jewish children by smuggling them out of the Warsaw Ghetto.

“Since it is so likely that (children) will meet cruel enemies, let them at least have heard of brave knights and heroic courage. Otherwise you are making their destiny not brighter but darker.” -C.S. Lewis

Grab the unit study at my store or on Teachers Pay Teachers. 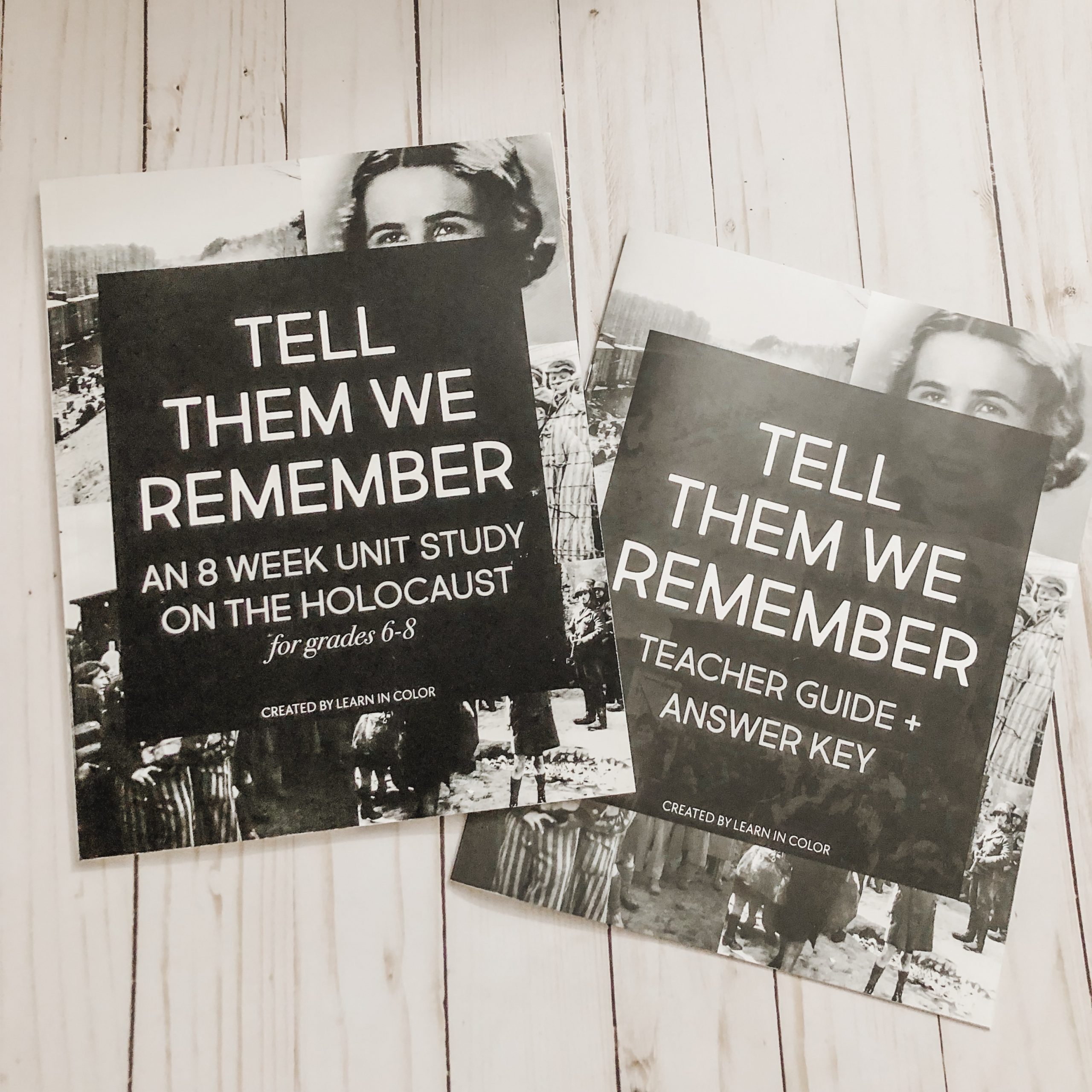 Hitler Youth: Growing Up in Hitler’s Shadow by Susan Campbell Bartoletti (you can also try the audiobook)

Beyond Courage: The Untold Story of Jewish Resistance During the Holocaust by Doreen Rappaport

The Courageous Heart of Irena Sendler (2009)

6 Things Students Should Know About the Holocaust: