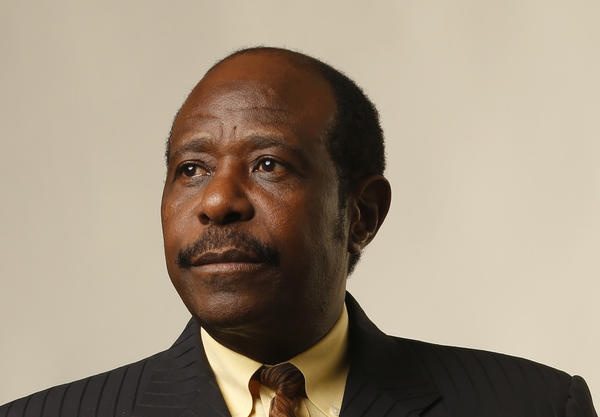 In 1994, the Rwandan Genocide broke out. The Hutu’s, a majority group in Rwanda, blamed the Tutsi (that composed about 14% of Rwanda’s population) for social and economic chaos. With a tough climate and many Hutu who remembered oppression under Tutsi rule, division and hatred began to separate the two groups of people. On April 6, Rwanda’s President Habyarimana, a Hutu, was shot down in a plane. Violence and war began immediately. Within the next 100 days, 800,000 people were murdered – approximately 75% of the Tutsi population, plus thousands of Hutu.

Paul Rusesabagina was born to a Hutu father and a Tutsi mother. As a child, he learned both French and English, and married a daughter of a pastor. Together they had three children. The two later divorced, and Rusesabagina got full custody. He later married Tatiana, a Tutsi, and the couple had a child.

When the Rwandan Genocide broke out, he and his family could not escape the country because of his wife and children’s Tutsi heritage. Paul took his children to the Hôtel des Mille Collines, the luxury sister hotel of the hotel he was the manager at. As other managers fled, Paul called the owners and secured a letter appointing him the acting general manager of the Mille Collines.

While Paul wanted his wife and his children to get aboard a truck bound for an airport, but he refused to leave because he knew if he left, the Hutus would murder everyone taking refuge in the Mille Collines – some 1200 people.

For the three months the genocide lasted, Paul risked his life and took care of the people in the hotel – including providing food, water, and overall shelter for them. Despite loss of electricity, constant death threats and death all around them, everyone in the hotel was safe.

With much bartering and persuasion, Paul managed to save everyone in his hotel. After the genocide, he and his family fled to Tanzania, and they took many orphans with them to save them from future violence. The Rusesabagina family finally moved to Belgium.

Paul Rusesabagina was just an ordinary guy – a manager of a hotel. He wasn’t a celebrity, or in a position where he would’ve been obliged to help anyone. Since his father was Hutu, he was also known as Hutu. He not only refused to take part in the murder, he defied it. He managed to think on his feet, and do the right thing in a time of crisis, when he and his family could have easily fled. I think that’s pretty inspirational to me.

His life was profiled in the movie Hotel Rwanda, a really good film.