Everyone knows the story of Corrie ten Boom’s The Hiding Place. However, few know of Hans Poley, a member of Corrie ten Boom’s young resistance fighters. Return to the Hiding Place, based on Hans’ memoir, is a story filled with action, adventure, and of course, a little romance! Physics student Hans doesn’t want to join the Nazi party, and instead, goes into hiding in Corrie ten Boom’s home. While there, he realizes how the Jews are suffering under the Nazi reign and is determined to do something about it.
I came across an interview of director Peter Spencer on Generations Radio and really enjoyed the message and heart of Return to the Hiding Place – and not only the courage that Hans and the others showed then, but how it can be applied to our modern life. 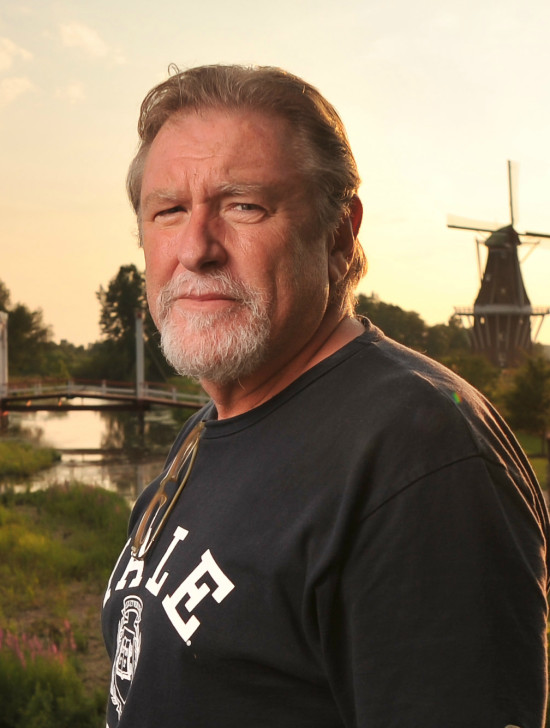 1. Out of all the possible film ideas in the world, what made you decide on Return to the Hiding Place?
I had met in person the original student leader of the Dutch resistance, Hans Poley, when he was an elderly gentleman. As he told me the stories of the sacrifice he and his friends had made for people he did not even know, I was compelled to tell their story.
2. What drew you most to Hans’ story/WWII?
The stunning reality that mere teenagers accepted such overwhelming responsibilities at a time most young people are indulging in their personal lives and making very few major decisions convicted me to show to the world what great things can be done by young people when they are properly motivated.
3. What inspired you most throughout this film?
This story should be an inspiration to all young people to be willing to put their faith into action. The world is entering into a Christophobic era of oppression for religious minorities, much like the socialism that crushed Europe in the 40’s. The only place our heroes could find their strength, since it was not in military power, was in their spiritual faith. Plus this film shows the power of Corrie ten Booms’ family unit. I was inspired even during filming because my family took time from successful careers to help me make this film happen.
4. How did your personal faith journey help shape the movie?
There is a scripture about a man forgiven of a multi-million dollar debt, he then walks out the door and beats up a guy for $1.50.  This metaphor shows the body of Christ has no problem waving their hands and saying “amen” when the preacher talks about grace, love and forgiveness, but when someone around them errs they bruise their fingertips grabbing for the nearest stone to throw.  A little bit of every book, movie and play includes the life of the author in some way. There’s no avoiding it. I grew up in the church and spent much of my adult life seeing missed opportunities by the body of Christ. This film is a reminder for the church that if we don’t stand for something, we will fall for anything. We have fallen for the world’s selfish soap opera and need to return to the teachings of the selfless Savior that the young people followed in Return to theHiding Place.
5. What was your favorite part of being a director?
A director is like an artist. When you have gifted actors and crew, like I did, it is like painting a picture. You can shape the image of what is going on  the screen by the slightest nuances and changes to the characters. I see actor’s voices much like music.  It cannot be monotonous. It needs rhythm that continues to draw in the audience. Of course the best part is when you have completed the hundreds of intense hours in the editing room working on sound and images, you come away hopefully with a work of art that millions will watch in the galleries of their homes and movie theaters. 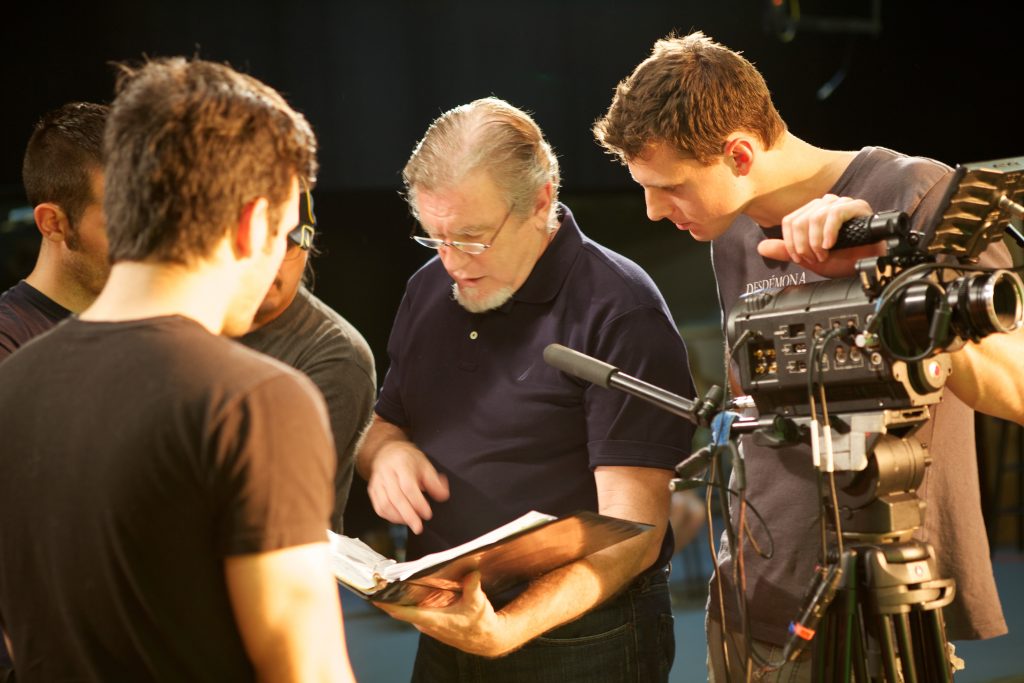 6. How long did the film take to make?
Actually, I have spent 19 years on this project from its inception and my first conversations with Hans Poley, who became a dear friend to getting it up on the screen.  But as far as full-time work, it has taken 3 years. And for a director, writer, and executive producer, those are usually 7 day weeks, 12 hour days. There is no rest for the weary but I am blessed to pass down an inheritance to friends and children and to be remembered by this work.
7. What were some of the biggest challenges of making Return to the Hiding Place?
Often faith film makers romanticize film making to be simple since they’ve watched a lot of movies in their day. The challenges range from financial – people who promise a lot and don’t follow through – to bizarre – a stalker on set (which ours had! Talk about obstacle!) to shooting an outdoor scene and after hours of setup it gets washed out in a thunderstorm. Everyone of those days and hours costs money. But I am currently writing a book about the dozens of miracles and supernatural events which God performed to make this film and on budget, on time, and award-winning quality.  It will be called “In the Midst of Miracles”. I wouldn’t trade the experience I had on this film for anything else. The vast majority of the challenges were met by a devoted cast and crew.
8. What was your main message [in the film] to Christian’s today?
We are living in a dangerous time both politically and spiritually and this film is a wake up call to Christians to resist bigotry against believers and the Christian faith and social oppression done by governments in the name of phrases like “wealth redistribution” and “inclusiveness”.  Words that sound great but can be filled with poison if not careful. I believe America and the world of faith have been asleep at the wheel but are beginning to unify and push back. Where so many apologists have said our culture is dead, there is always hope. 2000 years ago, they buried a great leader who proved death has no sting.
9. Can we expect to see more films from you in the future? Will they be more likely to be WWII themed, or Christian themed?
Absolutely. The scripts have faith-themes, but they will be different style-wise from this film. I have several options that I am still praying about. What is important is getting this film to the world and completing it before moving on to other films.
10. Where can people find out more about the film?
You can go to our website, hide-movie.com and follow us on Facebook. For large group sales as well as screenings in churches, write to rhp.production (at) gmail.com.  This film has not only won numerous awards and tested at the top of the market, but most importantly it is altering people’s lives in just an hour and a half. I can’t wait for you to see it and hope it inspires you as well.

Add your city and reserve tickets at RHPTickets.com. 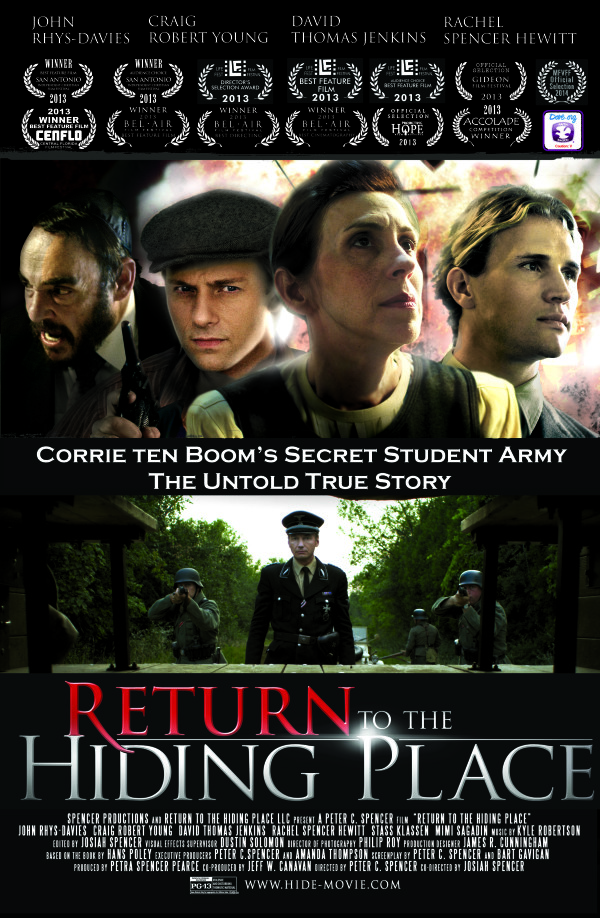 You can read my full review here, and purchase Return to the Hiding Place on their website. You can also follow the group on Facebook and Twitter. A must-see for all Christians that I can’t recommend highly enough.