Accessibility, inclusivity, and helping students expand their worldview have always been at the heart of Learn in Color. These build empathy and help destigmatize people with different physical abilities. I had a few deaf friends in elementary school and picked up some ASL, American sign language. Although I’ve lost a lot of it, I still remember some basic signs. To learn more about deaf culture, here are some picture books with deaf characters for kids. 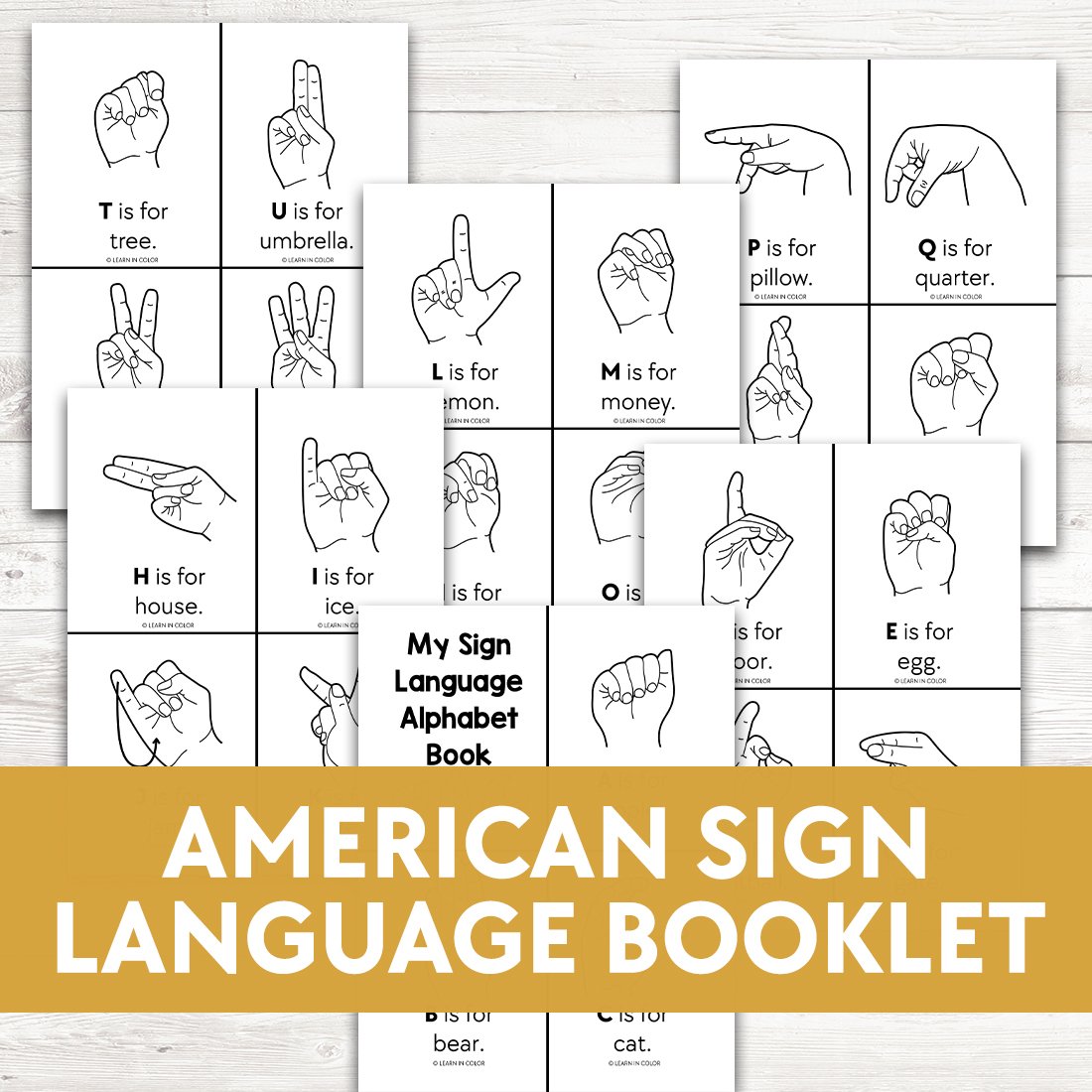 A mother and daughter spend the day at the beach swimming, wading, and building sandcastles. As they play, they communicate using ASL instead of spoken words. Readers will learn 15 different signs. 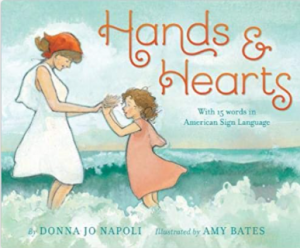 The Printer by Myron Uhlberg

In the 1940s, a boy watches and learns from his Deaf father, who works in a newspaper printing press. As they work side-by-side, the two communicate using ASL, but the other employees mostly ignore them. When a deadly fire breaks out in the press, the boy’s father must work to warn the others before it’s too late.

Some actors from the Little School of the Deaf are going to perform at Moses’ school, and Moses and his Deaf classmates are thrilled! When another class comes to view the performance, Moses meets a boy who doesn’t know English or ASL yet. Moses befriends the boy and together they patiently find a way to communicate.

Moses Goes to the Circus by Issac Millman

Moses and his family are headed to the Big Apple’s Circus of the Senses! At this unique event, the circus acts are specially designed to be enjoyed by Deaf, hard-of-hearing, and blind patrons. Moses’ younger sister Renee enjoys watching the performances and learning some new signs from her brother.

Moses Goes to a Concert by Issac Millman

Moses and his classmates are going on a field trip, where they will get to experience a concert! Even though Moses and his friends are Deaf, they can still enjoy the concert in many ways. Readers will also learn a few ASL signs. 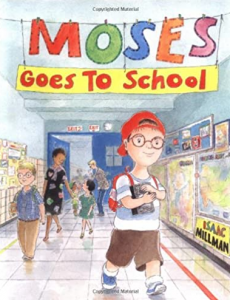 Follow Moses as he attends his classes at his public school for the Deaf and hard-of-hearing. Readers will enjoy comparing his experience to their own school days, while also learning some songs in sign.

The Brave Princess and Me by Kathy Kacer

In 1940s Greece, Princess Alice, born Deaf, begins to understand the threat posed by the Nazi regime. The Nazis are intolerant of anyone who doesn’t fit into their mold, and that includes Princess Alice and others like her. When some Jewish people on the run seek refuge with Alice and the rest of the royal family, Alice knows she must do something. 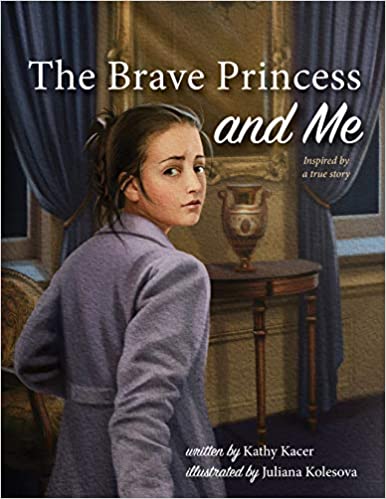 Shelly’s neighbor, Seth, and her little sister have a special window that they use to communicate with each other. Through the grass and across the window, the two sign in ASL. When Shelly, her sister, and Seth go on a class field trip, Shelly finds herself embarrassed by Seth’s odd actions. By the end of the trip, however, Shelly begins to appreciate the differences of her new friend.

Mandy, who is Deaf, communicates with her hearing grandmother using ASL. Together they bake cookies, search for lost things, and talk and grow closer while celebrating their family traditions.

Adonia Smith rewrites the classic fairy tale of Cinderella, retold with a Deaf twist. This book also contains a QR code with a link to view the story in ASL. 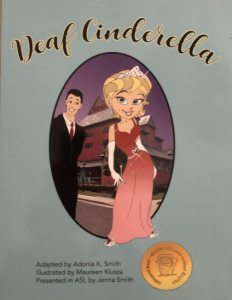 Deafinitely Awesome: The Story of Acorn by Mary L. Motley

When Acorn, a sweet little puppy, arrives at the animal shelter, he has a lot of healing to do. When his physical healing has taken place, the shelter staff starts to work on his manners, but Acorn seems out of control! Soon, they realize that he doesn’t listen, because he can’t hear! Acorn’s caretakers want him to be adoptable, so they develop a sign language just for him, and soon Acorn is ready to meet his new family.

My Happy Place by Amy Crockford

Amy, a Deaf preteen, deals with all the ins-and-outs of feeling different than her peers. During a pool party one day, the girls learn to embrace their differences.

Ezekiel, a Deaf therapy dog, “helps” his mom clean the house one Saturday morning. But he keeps getting distracted by his friends, animals running outside his window, and his toys.

Growing up in the late 1800s, William Hoy dreamed of playing baseball in the major leagues. He knew it was unlikely, however, since he was Deaf. Instead, he put his dream aside and began a career as a shoemaker. One day, a coach saw him hitting balls behind his shoe shop, and from there, William moved up into the major leagues and became an inspiration to many.

This is the story of Helen Keller, who became blind and Deaf following an illness as a very young child. The patience and creativity of her teachers, as well as the perseverance and grit of Helen herself will inspire and engage young readers. 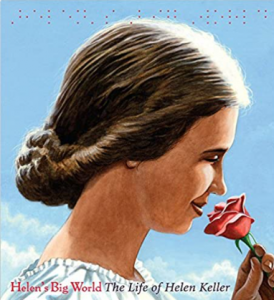 The Sound of All Things by Myron Uhlberg

1930s Brooklyn and Coney Island comes to life in all its glory in this book. A Deaf man and his family have fun together as the son tries to sign all of the sounds so his father can experience them as well.

The William Hoy Story: How a Deaf Baseball Player Changed the Game by Nancy Churnin

William Hoy just wanted to play baseball, but after losing out on a chance to play on the Deaf team, he gave up his dream. When a coach saw him hitting balls one day, he offered him a chance on a local team. That chance led to further chances to play in the minor leagues and eventually the major leagues. 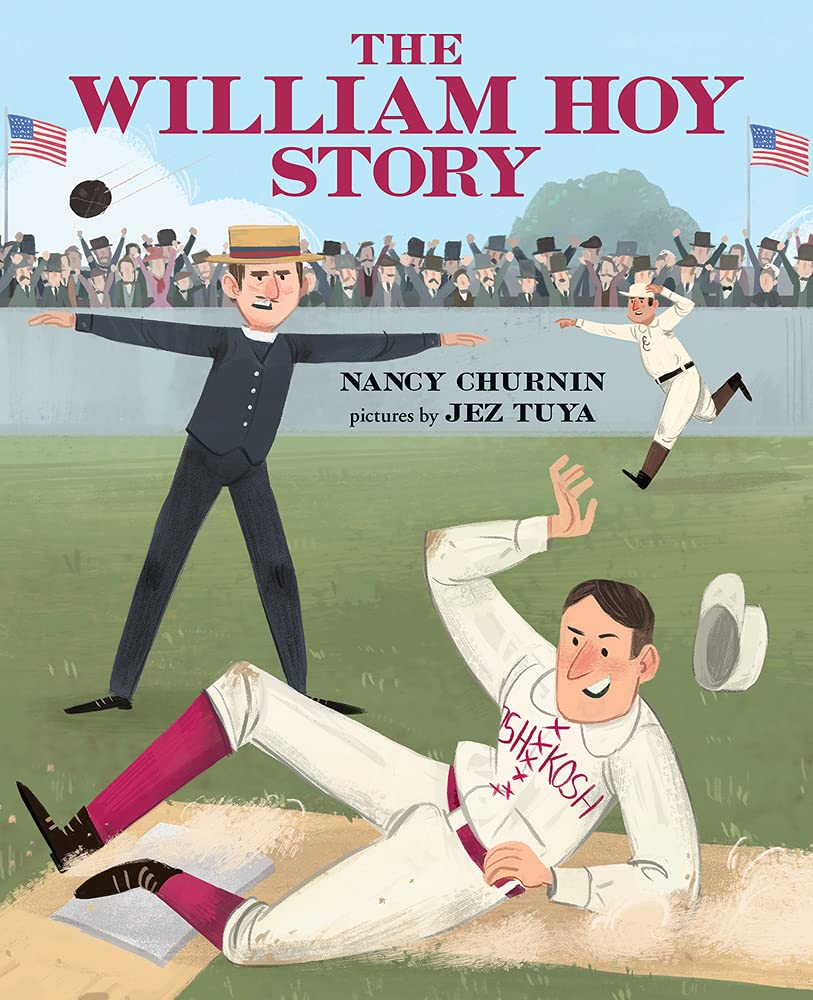 These chapter books are perfect for older students wanting to learn more about Deaf culture.

In this semiautobiographical comic book, Cece Bell finds out her hearing aid can turn her into a superhero: El Deafo! Grab the book guide here.