For as long as I can remember, diverse literature has always been apart of my life. I love reading and if it sounded interesting, I’d read it! Reading a wide variety of books teaches you about other cultures, worldviews, and perspectives.

Whether you’re working on growing your personal library or headed to the library, look for these picture books by black authors.

I recently read a beautiful picture book called Hello Goodbye Dog. Our main character, Zara, is black, and in a wheelchair. The story promotes inclusion with children in wheelchairs especially without feeling forceful. The bright illustrations show diversity (including Asian characters!) in the background without making it a central point of the story – it all feels natural. 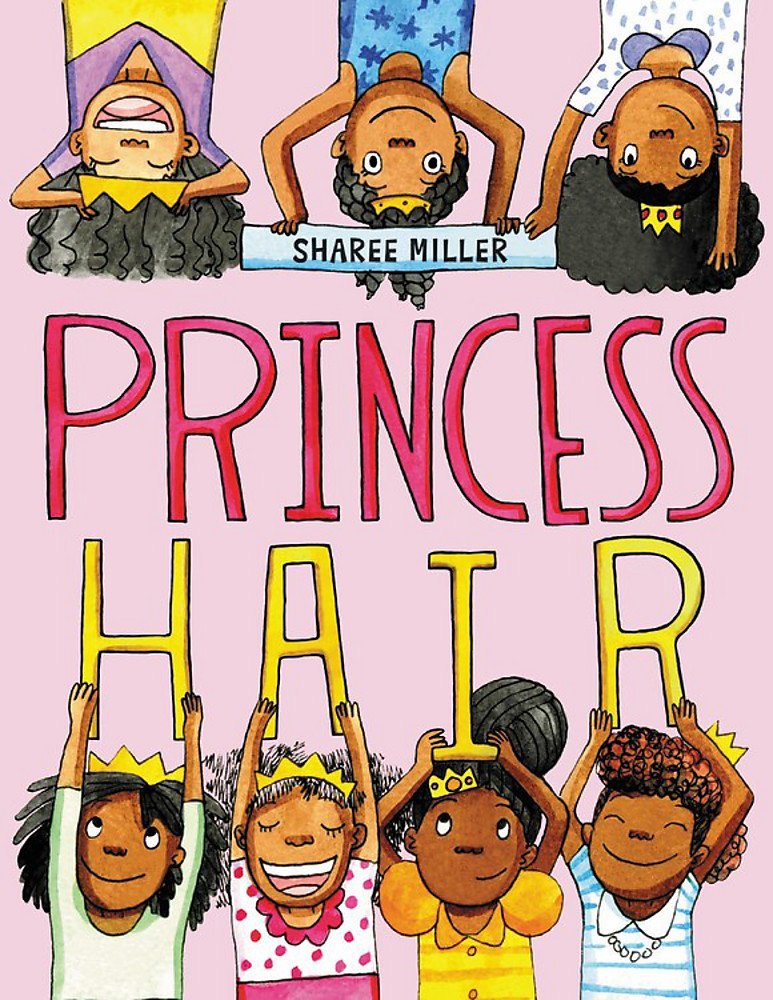 A gorgeous celebration of the diversity among hair types and styles! Little girls will love seeing reflections of themselves all throughout the pages of this beautifully illustrated book. Sharee Miller’s also written a book called Don’t Touch My Hair.

This amazing tall tale stars Rose, a larger-than-life firecracker who was born speaking full sentences. Even as a toddler, Rose could lift a cow above her head and drink it dry, shoot bolts of lightning across fields, and think faster on her feet than anyone else. When the town is bone-dry and desperately in need of some rain, it’s Rose to the rescue, lassoing a storm and bringing it on over to help the crops grow. 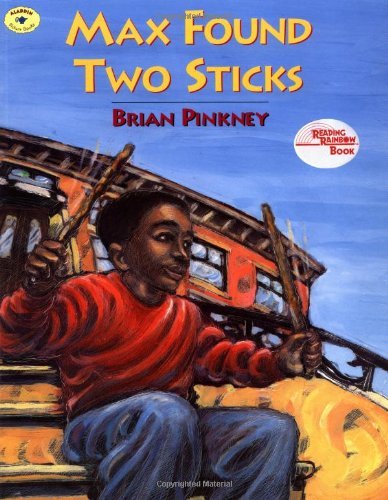 One summery day, Max finds two sticks laying on the ground and begins to beat out a rhythm. As he plays, he begins to create music with the everyday sounds of the city around him. Max discovers an important truth; music is everywhere if you have the ears to hear it.

In this delightful collection of poems, a young girl named Zuri celebrates her friendship with Danitra. She joyfully presents her bestie to the world, helping readers know and love the bright Danitra just as she does. 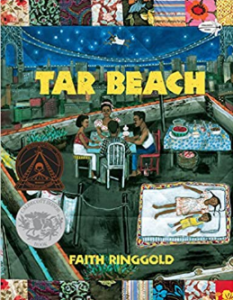 A Harlem family has a picnic lunch on the tar roof of their building. As they enjoy the breeze and the sights and sounds of the city bustling below, the girl dreams of flying over the George Washington Bridge that her father helped to build.

Max and the Tag-along Moon by Floyd Cooper

After visiting his grandfather, Max stares at a brilliant moon out of the window of the car. He watches the moon as it follows him closely behind, darts in and out of trees, and reflects on the water under the bridge. Max starts to realize that the moon will always be close by, just like his grandfather’s presence.

Misty Copeland was the first African-American woman to be promoted as principal dancer for the American Ballet Theatre. I love this story but my favorite part of Firebird is the stunning illustrations! 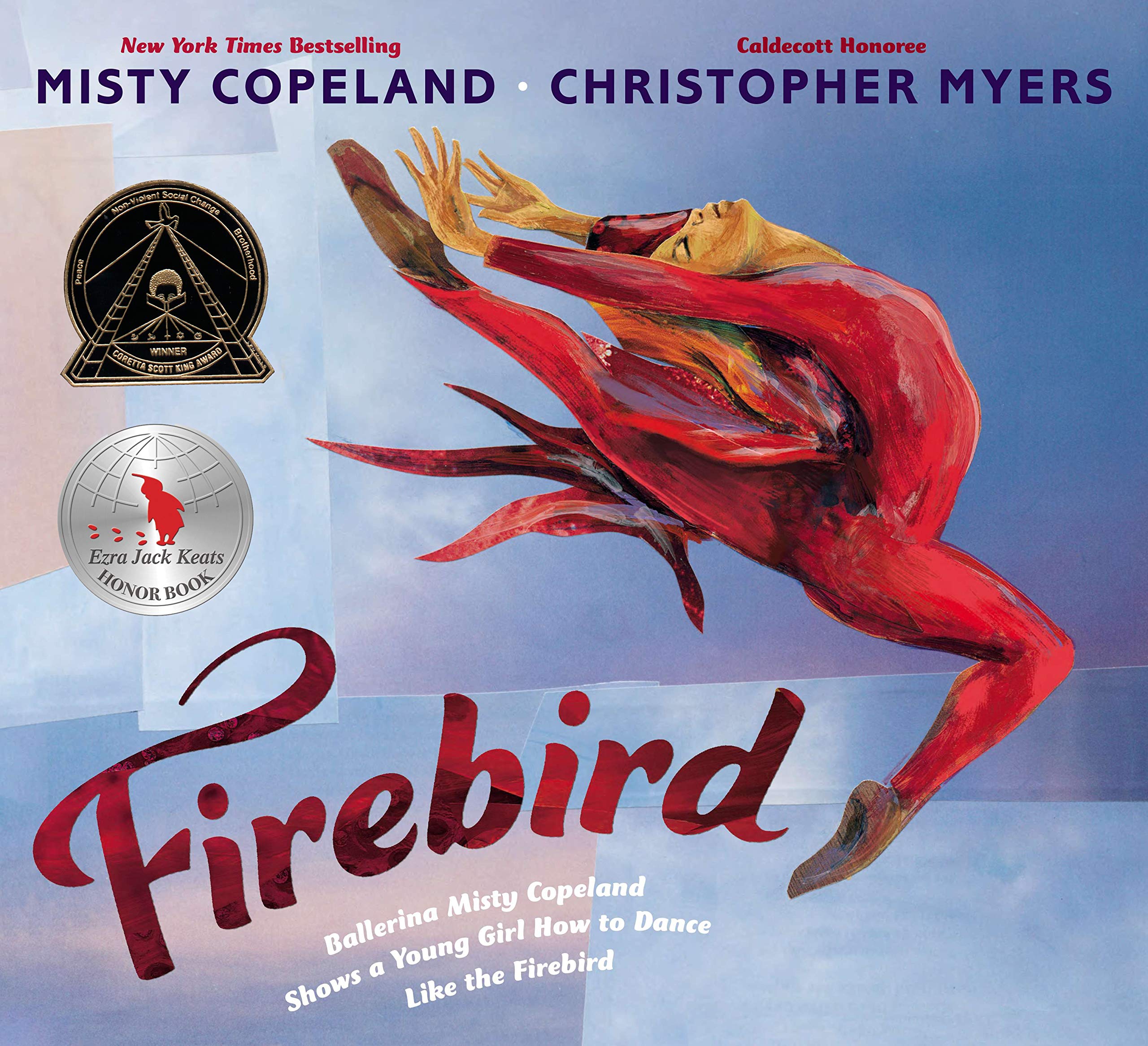 A group of children decide to take a shortcut home, using the train tracks as their pathway. As they trek along the tracks, the kids have fun playing but realize that maybe they should have walked their normal route.

Crown: Ode to the Fresh Cut by Derrick Barnes

A boy goes into a barbershop to get a haircut, and leaves with a new level of confidence and excitement about the possibilities a new look might bring. He wonders if his fresh new ‘do will give him attention from the girl he likes, help him get great test scores, and more!

In August of 1963, Martin Luther King Jr delivered a speech that would live on forever, generation through generation. This book covers his speech in an understandable and inspiring way for young kids. There are a few different versions of this book, but this one is my favorite. 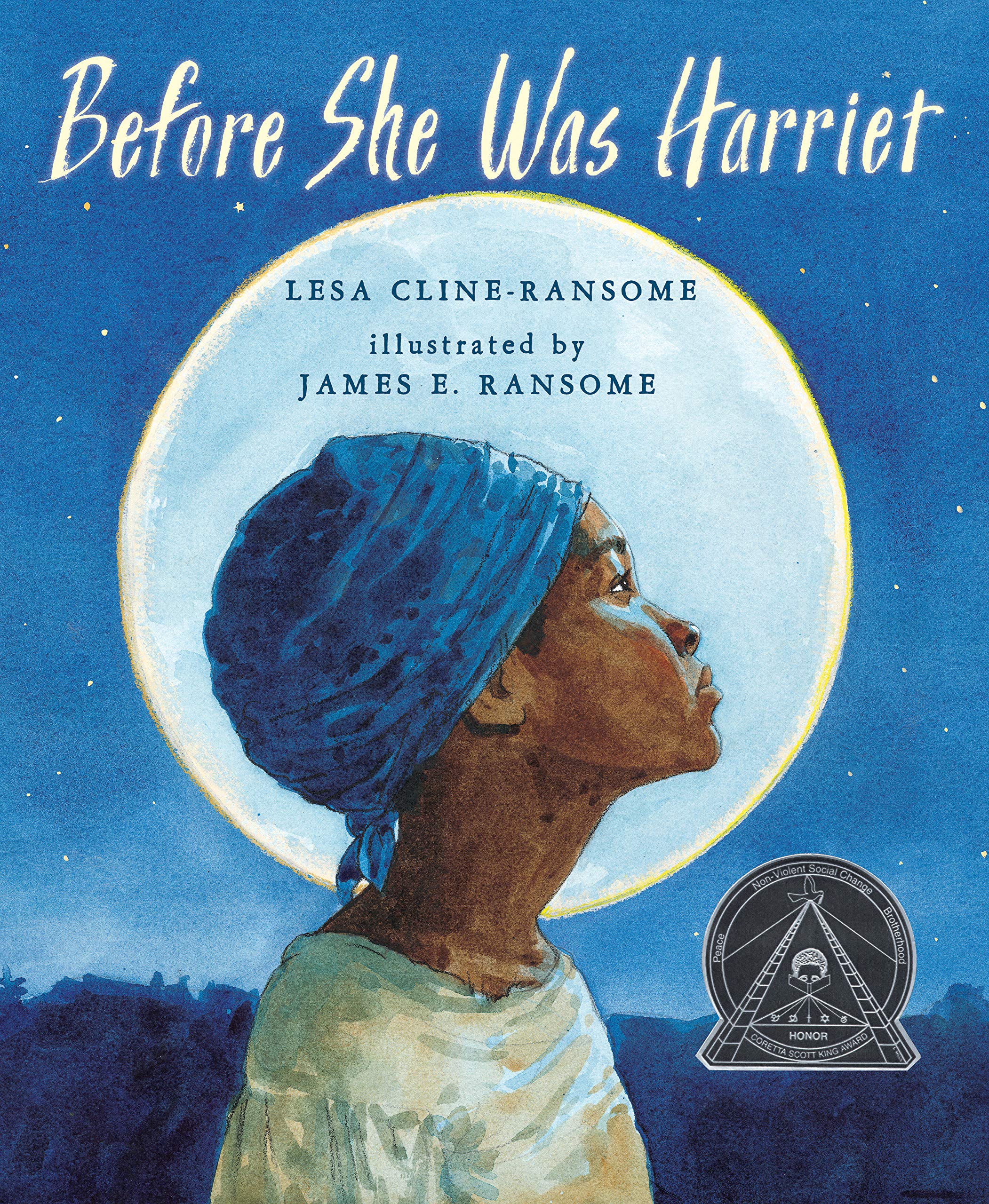 A young Maasi girl named Imani wants more than anything to touch the moon. The people around her don’t believe that she will ever be able to do it, but she is determined to make her dream come true.

The Boy Who Didn’t Believe in Spring by Lucille Clifton

Two inner-city kids begin to search the streets for hidden spring. They search their normal places first, but can’t seem to find it. When they finally get outside their usual bounds, the boys discover spring in a place they least expect it. 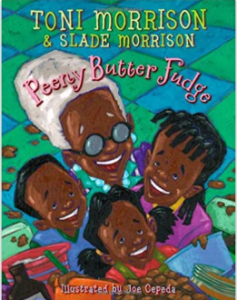 A group of kids join their eccentric grandmother for an afternoon of fun, fairies, dancing, singing, and of course, peanut butter fudge just like their mama made when she was a little girl.

Jacqueline Woodson tells the story of the friendship between two girls – one white and one black. If you liked this one, older students may like Woodson’s memoir (for children) called Brown Girl Dreaming. 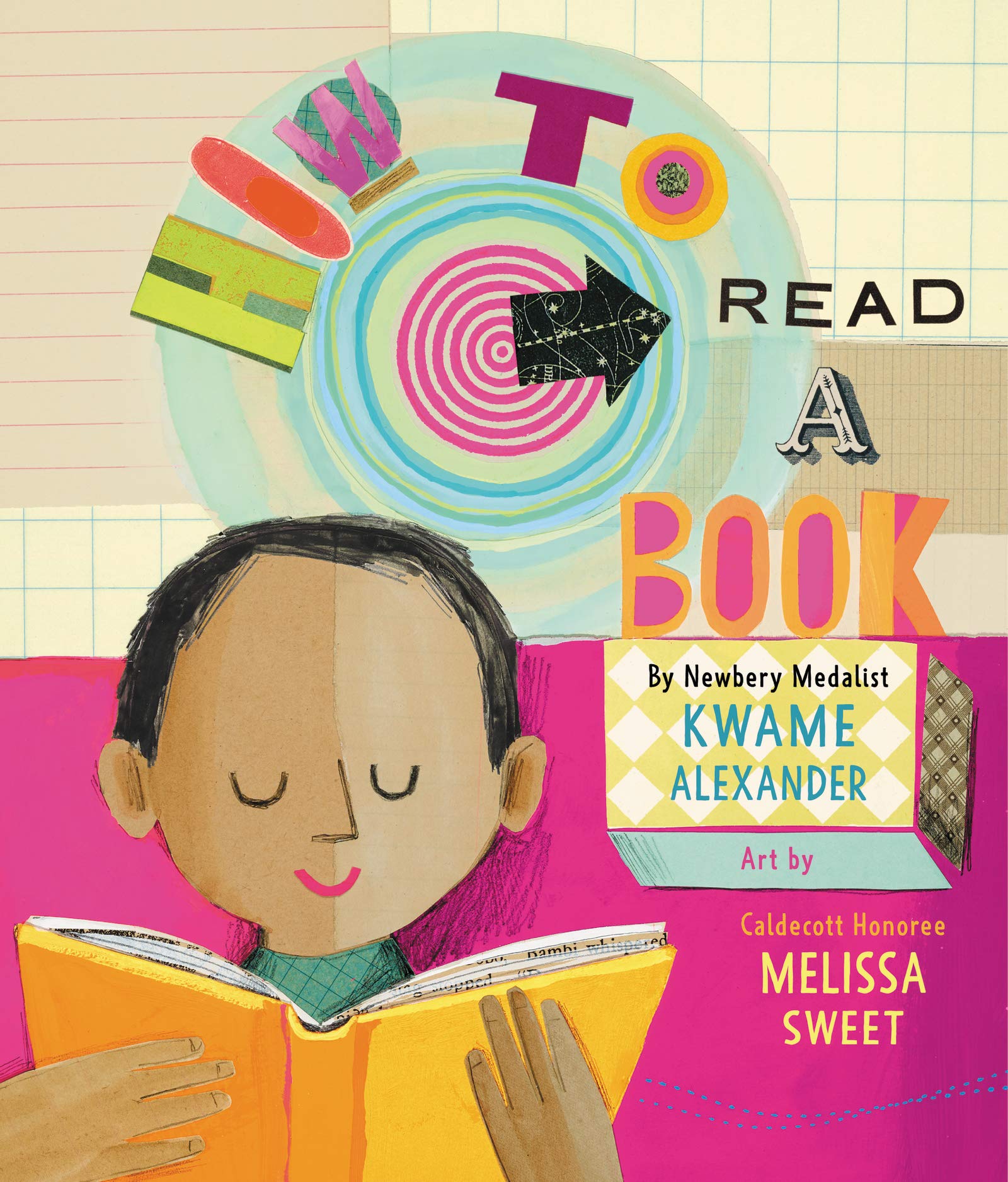 How to Read a Book by Kwame Alexander

I love Kwame Alexander’s The Crossover, and How to Read a Book is a fun, quirky picture book for kids that love bright art. The inconsistent text makes it difficult to read at times, but for kids who appreciate art: they’ll enjoy this one.

Grandpa Cacao: A Tale of Chocolate, From Farm to Family

A father and daughter duo begin to make a chocolate cake for the girl’s birthday, and while they stir it together, the father begins to tell the story of the farm he grew up on. The girl’s grandfather harvested cacao beans to be processed into chocolate, and his son grew up understanding the importance of this job. As the cake is sliced and laid out on plates, the girl hears a knock and opens the door to find another surprise waiting for her. 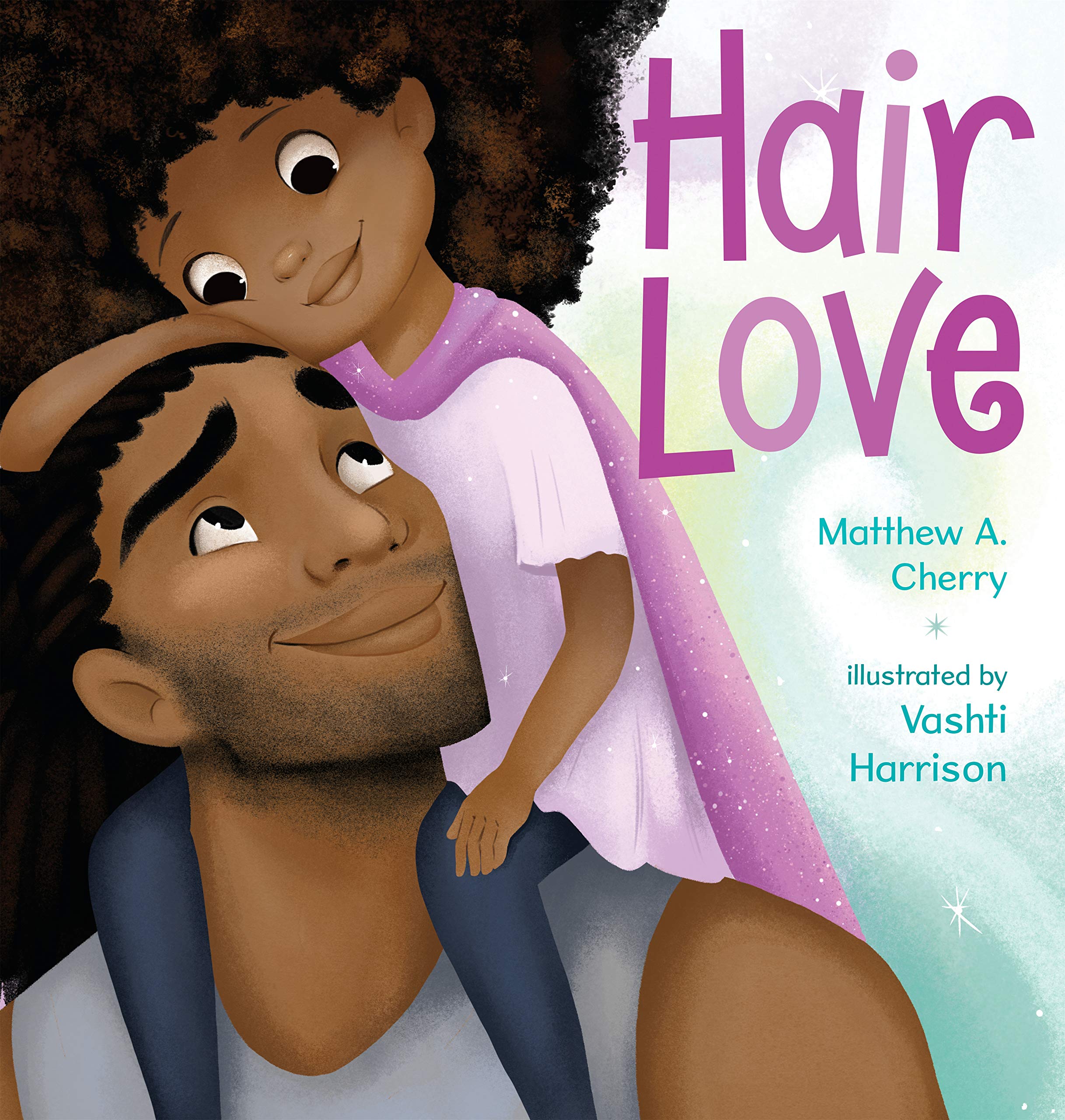 Based on the Disney short, Hair Love is about a father who does his daughter’s hair for the first time. 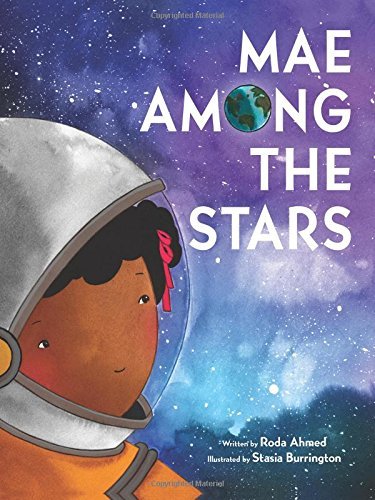 A kid-friendly collection of Black men who helped shaped the world and made history through their contributions.

In this book version of the popular spiritual, the author seeks to show scenes from his boyhood through the eyes of that long-ago child. Kadir Nelson helps readers experience the world as he did in childhood, vast and beautiful, through touching and poignant pictures of his family and friends. 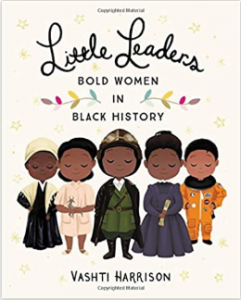 A showcase of Black women who made huge strides for humanity through art, music, leadership, inventions, and more!

A Story About Afiya by James Berry

Each morning a young girl named Afiya wakes up, puts on her white dress, and begins her day! Wherever she goes and whatever she does, imprints are left on her dress that help her capture all the adventures she becomes a part of.

View all of my historical book and movie lists here.