Friendship is one of the most important traits that kids can learn. Here are a few favorite children’s books about the power of friendship. 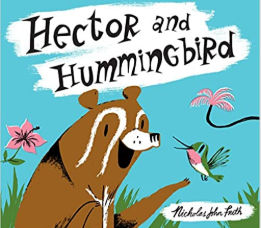 Hector and Hummingbird have been friends for a long time, and sometimes Hummingbird just gets on Hector’s nerves. Hector can’t understand why his friend makes so much noise and why he can’t be quiet for even a second! He starts to wonder what it would be like if Hummingbird wasn’t hovering around him all of the time. But when Hector unexpectedly gets his wish, he realizes having a friend around is much better than being lonely.

When Yankee soldier Sheldon is wounded and left for dead on a battlefield, an African American soldier named Pinkus comes to the rescue. Pinkus and his mother nurse Sheldon back to health, but soon the time comes for both soldiers to return to their units. They must depend on each other to survive the dangerous trek through Confederate territory.

When Bird wakes up in the morning, he isn’t feeling very friendly! He has the grumps, and as he passes each of his friends he makes sure they know it too. His friends are not put off by his mood, and a sort of follow-the-leader game ensues. Eventually Bird has no choice but to dump his grumps for a smile!

The Rabbit Listened by Cori Doerrfeld

When Taylor’s block tower is decimated, he becomes very upset. Various animals hear the boy’s cries and try to solve the problem, but all Taylor needs is someone to sit with him until he can calm down. Only the rabbit seems to know what is really needed, and plops down with Taylor to listen to him tell why he is upset. 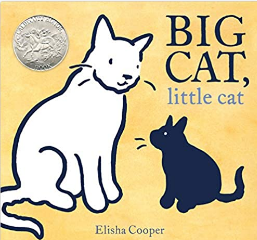 Bear and Wolf by Daniel Salmieri

One night, with the moon shining overhead and the snow falling gently, bear and wolf fall into step together. And just like that, an unlikely friendship is born. The two journey together through the forest, marveling at the miracles of nature around them and the way the world has fallen into the peaceful rest of winter.

Lucy loves unicorns, so when she sees an ad in the newspaper offering them for 25 cents, Lucy quickly sends in her money and waits expectantly. But as soon as Sparkle arrives, Lucy realizes he’s not quite the unicorn she was expecting (in fact he’s a goat). But despite his fleas, his stinky smell, and his long ears, Lucy learns to love Sparkle just as he is.

The Velveteen Rabbit by Margery Williams

The Velveteen Rabbit once had soft fur and a shiny ribbon, but years of love and over-use have made his coat scruffy and his ribbon faded. A fairy takes him to a new home, where all toys that have been loved come to life forever. 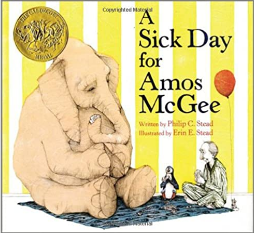 A Sick Day for Amos McGee by Philip C. Stead

Kindly zookeeper Amos McGee is used to seeing to every need of the animals in his care. But when Amos himself takes ill, who but his loving friends will come to the rescue?

Melia and Jo by Billy Aronson

Melia sees the world in a framework of logic and reason. Her new friend, Jo, couldn’t be more different. Jo is creative and colorful, and the two girls are at first annoyed by their differences, until they realize that if they combine their two styles, there are no limits to what they can create!

Strictly No Elephants by Lisa Mantchevby

A boy goes to a Pet Club, hoping to bring his elephant inside. But the rules are clear: strictly no elephants! Dejected, the boy forms a new club that everyone can attend, especially other kids like him who have unique animals.

I Walk With Vanessa by Kerascoet

Vanessa is being bullied at school. One morning, a friend comes to walk with her in solidarity and soon, they are joined by a whole tribe of new friends. This story of friendship in the face of bullies is even more poignant for being told completely without words.

A Friend for Henry by Jenn Bailey

Henry is full of nervous anticipation as he enters his new classroom for the first time. He carefully studies the objects and people in the room, wondering if anyone will be able to understand his quirks and be a true friend to him. He soon realizes that true friends are all around him. 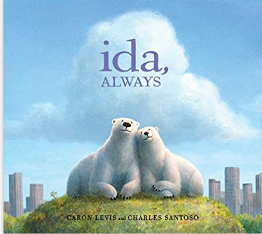 Gus and Ida are two polar bears residing in a city zoo. They are inseparable and spend every waking moment together. When Ida falls ill and seems to be getting sicker and sicker, Gus realizes that she won’t be around for much longer. Rather than try to protect his heart, Gus draws in closer to his friend in her time of need and, when she passes, finds little reminders of Ida everywhere he goes.

Rulers of the Playground by Joseph Kuefler

Jonah decides he is king of the playground, and at first, everyone goes along with it. That is, until someone else wants to be in charge! The group of kids fight and argue, until they finally come to a point of peace and friendship.

When Zola moves into her new house, Zola’s neighbor isn’t sure the two will ever be friends. After all, Zola has a super-cool elephant to play with and probably doesn’t need anyone else. But is the elephant real or an imaginary friend Zola uses to cover up how shy she really is?

My Friend Rabbit by Eric Rohmann

This Caldecott Medal Winner may be written for younger children, but children of all ages will be enraptured by this story of friendship between a rabbit and a mouse. When Mouse’s airplane becomes trapped in the branches of a tree, Rabbit makes sure his friend is not stranded on the treetop forever and works to find him help. 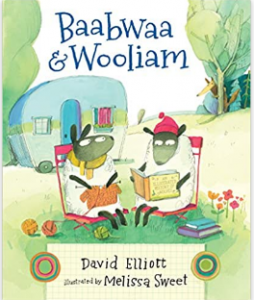 Wooliam (who loves to read) and Baabwaa (who loves to knit) are taken aback when a dirty ovine with crooked teeth wanders into their yard. This mysterious creature is actually a wolf in disguise, but the two loving sheep wrap him in a cotton blanket of kindness by teaching him to read and knitting him a new sweater.

The Girl With a Parrot on Her Head by Daisy Hirst

When Isabel’s best friend Simon moves away, Isabel is devastated. She withdraws into herself, rejecting attempts from others to comfort her and cheer her up. Isabel maintains that her parrot is all she needs, until her worries start to consume her and she is forced to recognize that a human friend might be nice.

Tiger and Badger by Emily Jenkins

Tiger and Badger are best friends forever–even though they fight sometimes. But these two have noticed that even when they get into a tiff, they always find a way to reconcile their misunderstandings because their friendship is more important than being right. 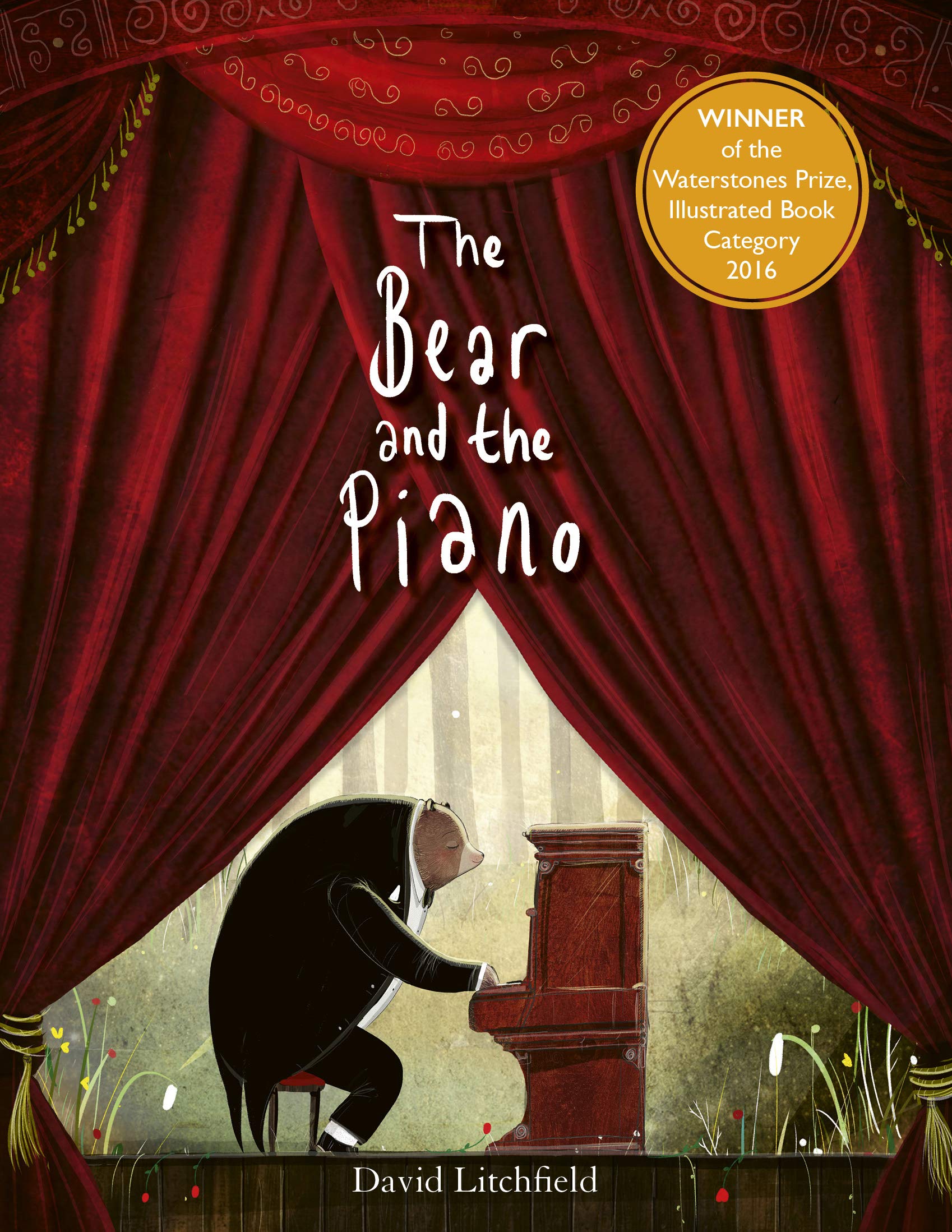 The Bear and the Piano by David Litchfield

A bear stumbles across an upright piano in the forest one day and begins to play. His talent draws the ears of two children, who tell him that he should go to the city to make it big with his talent. But bear worries what will happen when his friends find out and if they will accept him back into the forest when he returns.

The Hike by Allison Farrell

Three friends take a hike in the great outdoors. Along the way, they experience the sights and sounds of the forest while picking berries and climbing rocks. When one gets tired, another friend is there to help him get back up and keep going. That’s what true friendship is all about! 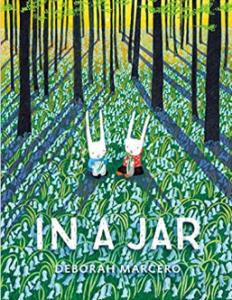 In a Jar by Deborah Marcero

Rabbits Llewellyn and Evelyn collect unique and interesting things in jars together. They find rainbows, seasons, feelings, hopes, and dreams to store up as precious memories. But when Evelyn has to move away, the two decide they must maintain their strong bond, and the friends continue to send jars of extraordinary things back and forth.

Alexander and the Wind-up Mouse by Leo Leonni

Alexander is a real mouse who is quite envious of the other mouse in the house, a wind-up toy. The children of the house play with the toy mouse but scream and chase Alexander when they see him. But when the wind-up mouse finds himself no longer wanted, he and Alexander form a strong bond.

Annie’s white family and Clover’s African American family are neighbors with houses sitting right next to each other separated by a fence that divides them. Clover’s mom tells her not to wander into Annie’s yard because it could be dangerous, but when Annie starts talking to Clover, a friendship that crosses the fence line is born.

Three students hailing from Guatemala, Somalia, and Korea all begin at a new school. They wonder what the other students will think of them and if they will fit in and make new friends.

Sylvia crafts a little poem and attaches it to a tree branch. When a poem appears the next day in reply, Sylvia suspects the tree might be answering her. But the mystery poet is actually a boy from school who hasn’t been very friendly in the past. Will the two be able to look past their differences in order to keep writing poetry? 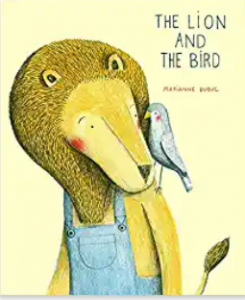 The Lion and the Bird by Marianne Dubuc

A bird is injured just as his flock is migrating to warmer climes for the winter. A friendly lion lovingly nurses the bird back to health and spends the winter with his new friend, making memories and healing until the flock returns with the spring.

Lina and Feroza live in a refugee camp with little to their names. When a donation truck arrives, the girls sort through the items and each find one sandal they like. When they realize the other girl has the match, they decide to share the pair.

Lubna and Pebble by Wendy Meddour

Lubna, a new arrival at a refugee camp, finds herself without a friend or toys to keep her occupied. She paints a face on the top of a pebble and makes it her friend. The two play, talk, and process together until the day Amir comes to the camp. Lubna, Amir, and Pebble form an inseparable trio, until the day comes for Lubna’s family to leave the camp. 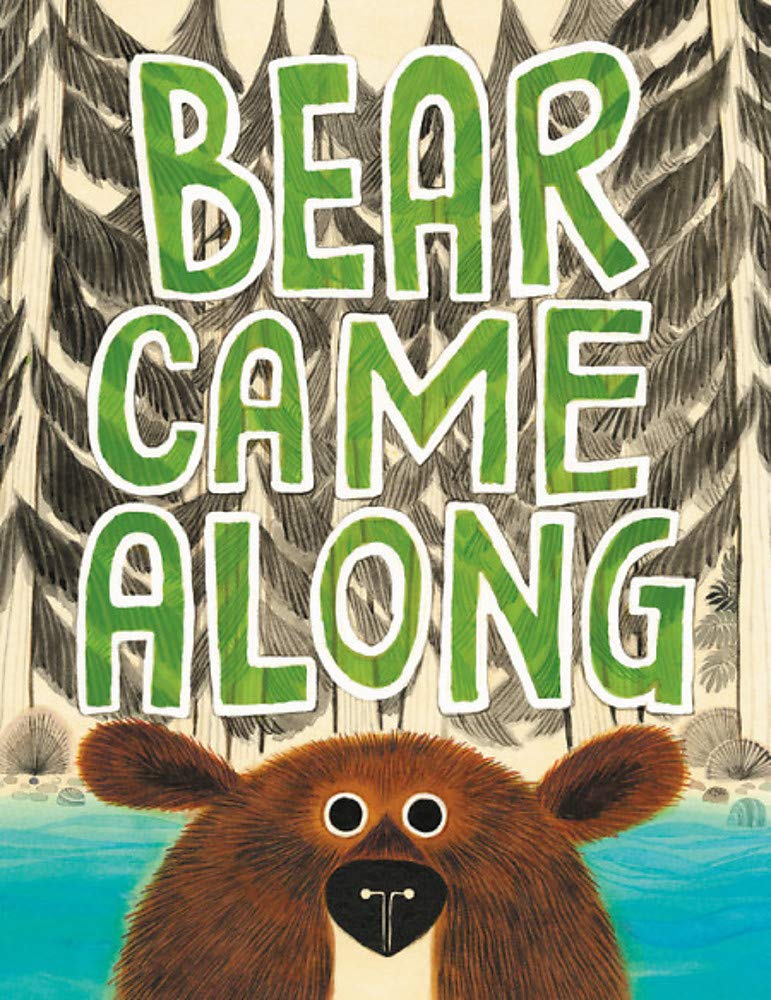 Bear slips into the river and finds himself swept along with the current. While being whisked away through the rapids, a few other animal companions join him, and the friends quickly come to depend on one another as a waterfall approaches ahead!