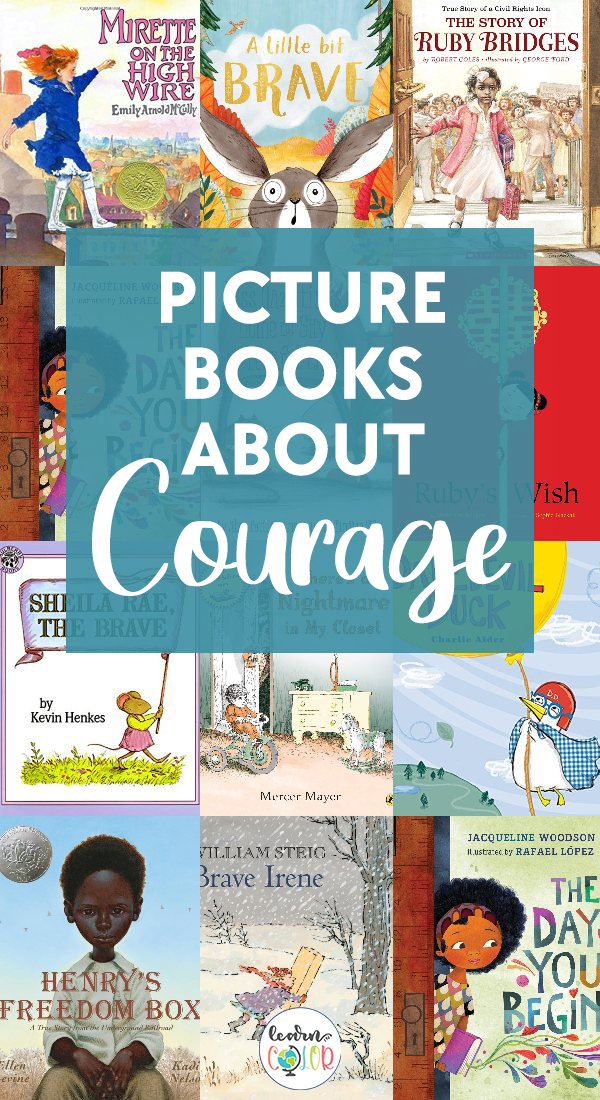 Up next in our series of Character Building Picture Books is courage! If you missed the previous ones, check them out here:

Sheila Rae isn’t scared of anything–not like her little baby sister, Louise. Sheila thinks that Louise is a scaredy cat, that is, until Shelia Rae gets lost and can’t find her way home. Then it’s up to Louise to rescue her older sister and prove just how brave she really can be! 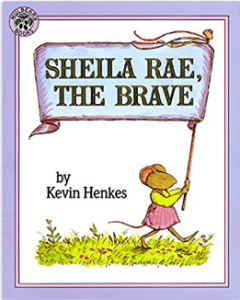 The amazing true story of Henry Brown, a brave child born into slavery who was determined to escape it. With some help from a friend, Henry made his courageous journey to freedom in a crate mailed to the northern states.

The Day You Begin by Jacqueline Woodman

There are many reasons you might feel different, but that doesn’t have to stop you from being you! This story has beautiful illustrations, and Woodson has written so many great children’s books. 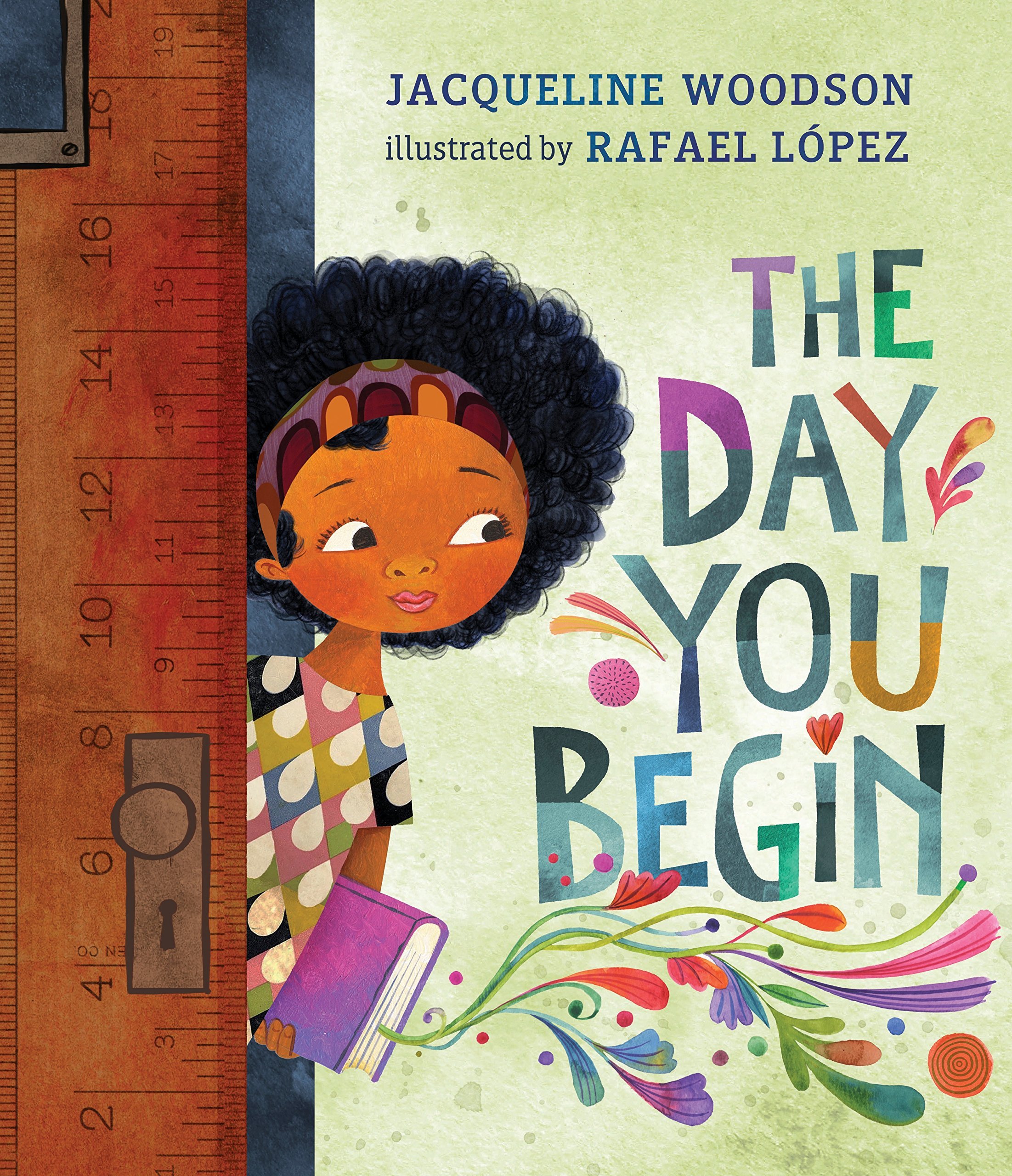 This two-in-one book tells the true stories of courageous children who risked their lives to make a difference for themselves and others. Malala was nearly assassinated while on her way to school by dissenters who believed that girls should stay at home. Iqbal was an activist for child-labor rights until his death at age 12. Both stories will inspire bravery and courage even in the face of extreme danger. 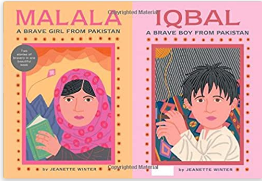 The Fun Book of Scary Stuff by Emily Jenkins

A boy confides his fears to a dog, who listens well and then refutes each reason to be scared in a hilarious way. The dog helps the boy understand why he doesn’t need to be afraid of the dark, of monsters, or the space under the bed in a way that will get the giggles going.

A painfully shy Amandina is determined to overcome her timidity and decides to build sets, memorize lines, and choreograph dances in an old theater in order to put on the performance of a lifetime. Amandina works hard, and when the curtain goes up, she realizes no one has come to watch her act. But the show must go on, and as she continues to sing and dance she completely misses the growing crowd below the stage.

This little penguin is different from most–he is terrified of swimming! With some help from his teacher Mrs. Waddle, this bird musters up the courage to make his own splash in the water. 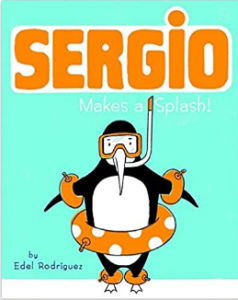 Mirette on the High Wire by Emily Arnold McCully

Mirette’s mother owns a boardinghouse, and it seems there is no shortage of interesting characters that have resided there throughout the years. One of the guests, known as The Great Bellini, is a talented highwire walker. Although Bellini seems like the bravest person she knows, Mirette soon comes to realize that everyone, even her new friend, can use a little encouragement to have courage.

The Adventures of Sparrowboy by Brian Pinkney

Newspaper boy Henry crashes his bike while on a route one day and falls to the ground. His run-in with a bird transforms him into Sparrowboy, a superhero with the courage to face neighborhood bullies and prevent dangerous accidents!

Irene and her dressmaker mother have finished the duchess’ new gown, but an unexpected blizzard threatens the punctual delivery of the dress. Irene bravely trudges through drifts deep as her waist and wind strong as an ox to get the dress to the duchess in time. 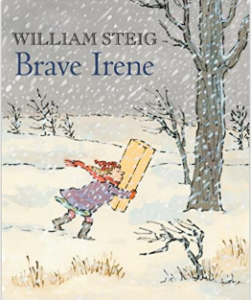 The Doghouse by Jan Thomas

Uh oh! Mouse, Pig, Cow, and Duck lost their ball while playing. Now they won’t be able to play anymore until they get it back. Problem is, the ball rolled into the doghouse. Which of the animals is going to summon up the courage to retrieve their toy?

Ruby Bridges became the first child to attend an all-white school at the age of six in 1960. Daily she courageously faced rotten fruit being thrown at her, screaming protesters, and cruel bullies. Her bravery paved the way for desegregation in all schools.

Daredevil Duck is quite the scaredy-cat, although he wants more than anything to live up to his name! But when Mole calls on Duck to assist him in getting his balloon back, Duck must overcome his fears to step in and help his friend. 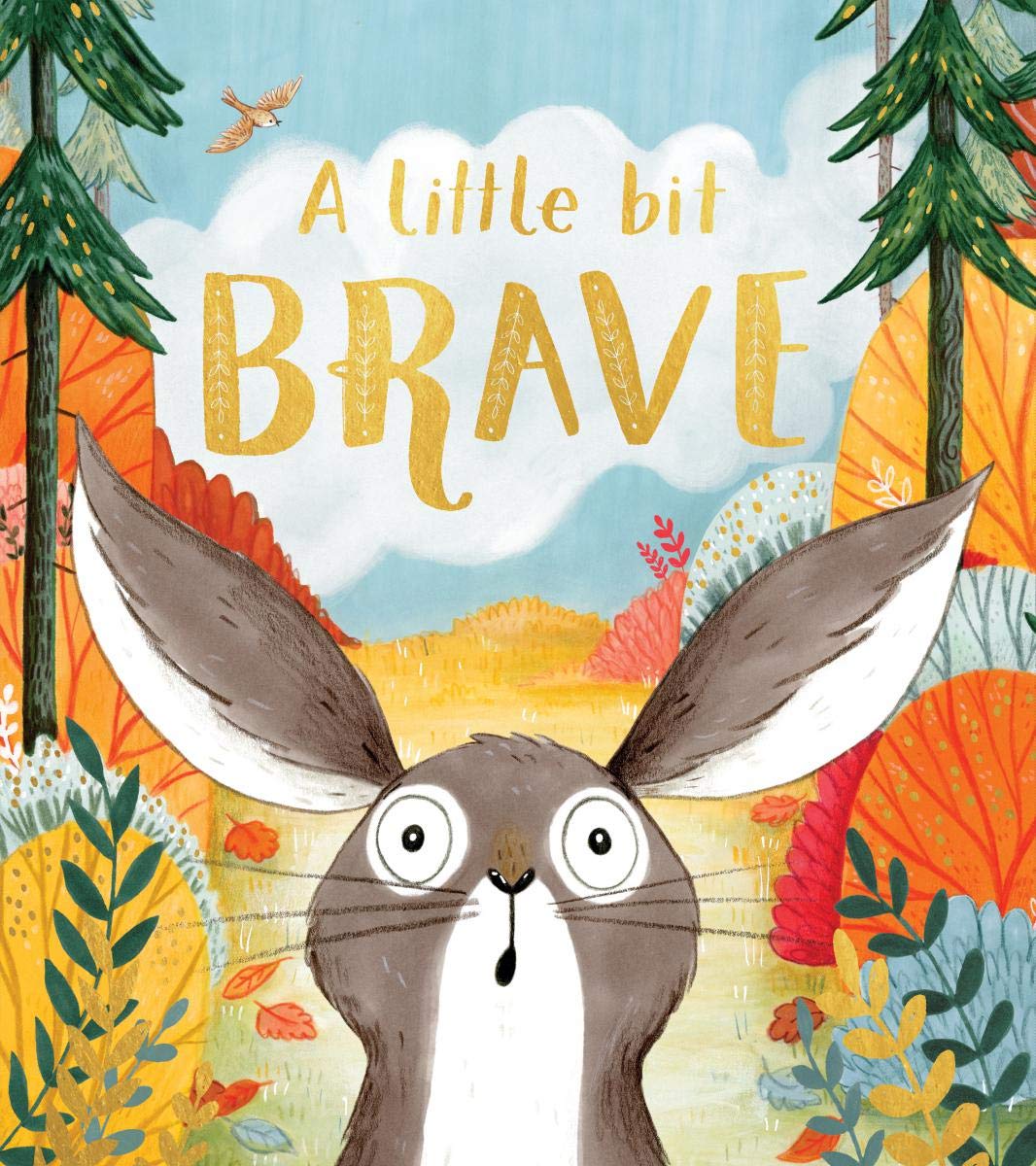 Miss Hazeltine is a kind soul who assists jumpy felines in overcoming their fears of brooms, loud noises, and fluttery birds. Crumb is the littlest and most frightened of all the cats in the home. Despite this, when Miss Hazeltine goes missing and the cats decide to form a search party, it is Crumb who assumes the lead and works to bring their beloved caregiver home.

In ancient China, only boys are allowed to attend university while girls are expected to get married as soon as they are of age. Ruby bravely stands up to her family and tradition, voicing her wishes to continue her studies.

Not Afraid of Dogs by Susanna Pitzer

Daniel isn’t afraid of anything at all! Not monsters or the dark, or storms or even snakes! And he’s definitely not afraid of dogs, he just isn’t a big fan. But when a dog comes to stay at his house for a while, Daniel is going to have to learn how to find courage to face his fears once and for all. 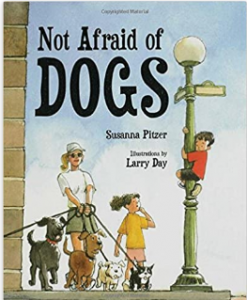 There’s a Nightmare in My Closet by Mercer Mayer

A boy fed up with spending fearful nights hiding from the monsters in his room dresses up like a soldier and waits for the monsters to appear. When one does, he pops him with his cap gun and the monster starts to cry. The two comfort each other and fall into a peaceful sleep.