Peter Nimble and His Fantastic Eyes by Jonathan Auxier is a thrilling adventure fantasy novel and a solid choice for middle schoolers. 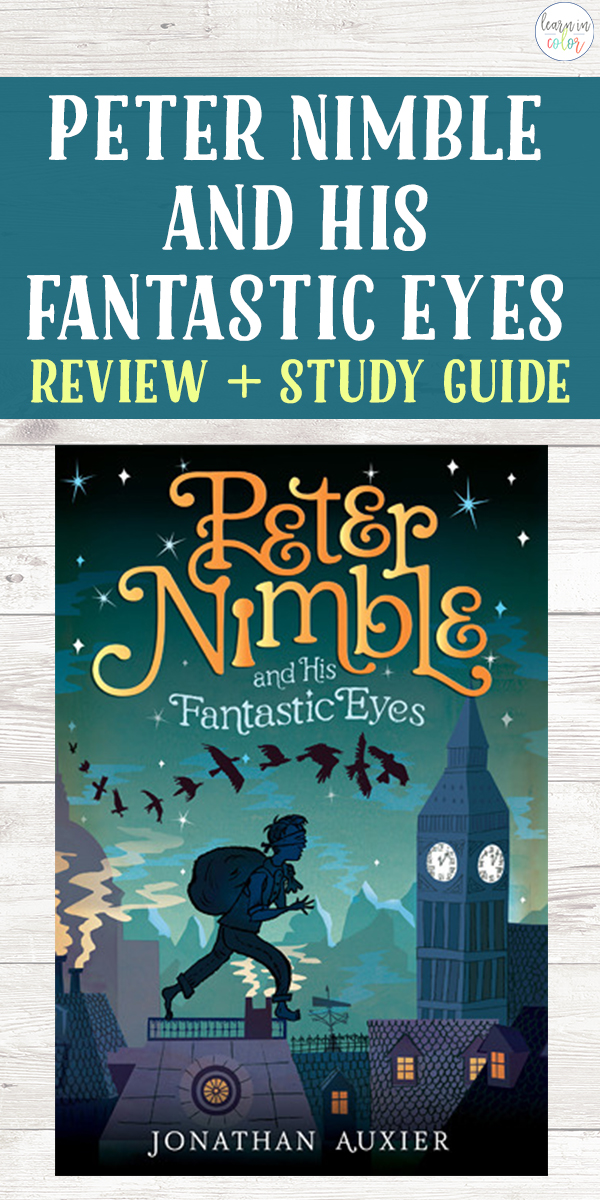 “As time passed, the children of the kingdom grew to have children of their own, and those children had more children, and so on. The story of Peter Nimble and his Fantastic eyes was handed down to each generation – the tale of a prince who became a thief to become a king.“
Peter Nimble and His Fantastic Eyes by Jonathan Auxier is a thrilling adventure! It is definitely among the strangest stories I’ve ever read, but it was so beautifully written I had to give it a raving review. Auxier is a master storyteller.
Peter is a blind orphan and thief, living with a cruel master. One day, he steals a box filled with three sets of mysterious eyes. After trying on one pair, he is sent to an island and sent on a quest: rescue the people of the Vanished Kingdom.
Peter Nimble is a quirky, but serious fantasy that will keep your students engaged the entire time. It’s descriptive, well-written, and filled with great themes of friendship, destiny, and sacrifice.
The only concern is the violence, which I found somewhat graphic for a children’s novel. I do not like dark novels.) In the first chapter, our protagonist gets his eyes pecked out by ravens. (This ends up being crucial later.) Later, a man dies from a raven attack and there’s a violent battle between ravens and apes.
It’s probably not for the super young or sensitive, but for those who don’t mind a bit of violence, Peter Nimble is a solid choice!
I will say I did enjoy Auxier’s novel Sweep better. Sweep was quirky at times but had all of the things I loved about Peter Nimble minus the violence. 🙂

There are 34 pages of discussion, quizzes, and activities plus an answer key in the novel guide.

You grab the study here or on Teachers Pay Teachers. 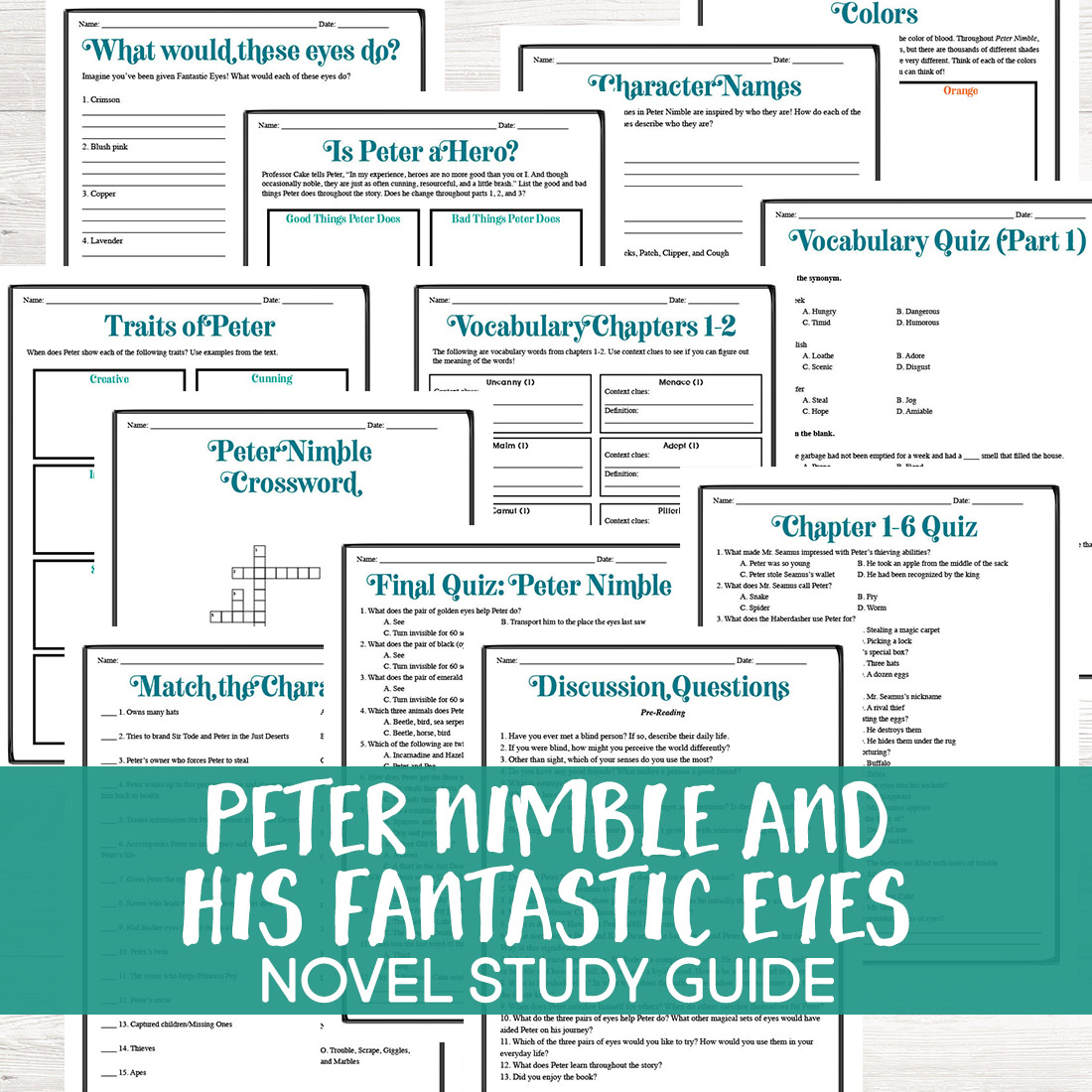