Learn more about popular pandemics in history through these historical fiction and non-fiction pandemic books for kids. 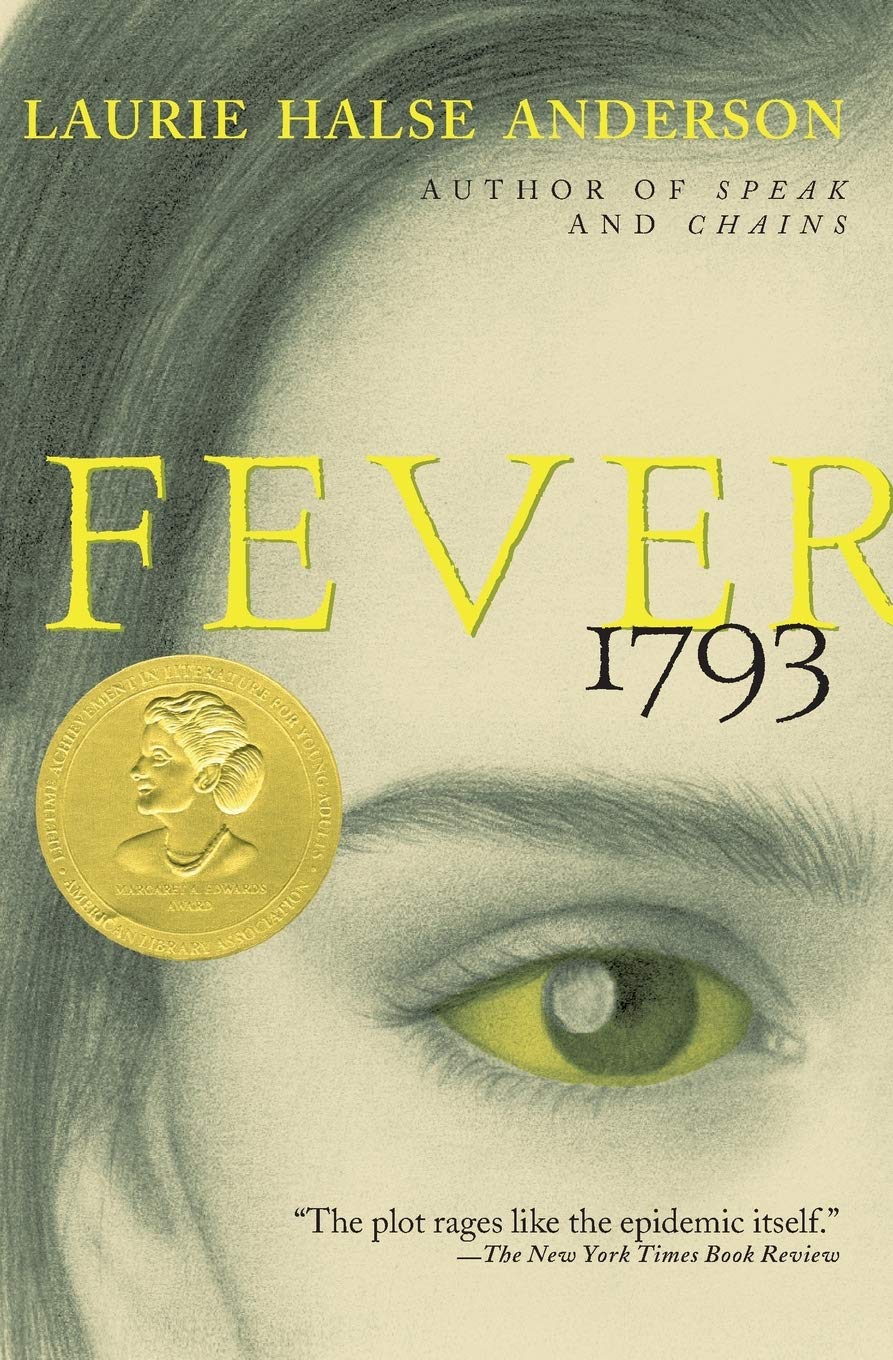 Mattie Cook lives with her mother and grandfather above the family coffee shop, a business that has seen little traffic since the flu began to sweep through their Pennsylvania town. Panic starts to swirl around her like coffee foam as Mattie’s beloved mother is struck with the disease and Mattie must muster enough courage to keep going in the face of debilitating fear.

Nell’s father has been fighting in the Great War for what seems like forever, and she feels like she barely remembers what it was like to have him home. She knows her mama and brother feel his absence more than she does, but when widespread sickness strikes the town Nell starts to realize that their family can only be complete with all of its members.

The Goodbye Season by Marian Hale

Teenager Mercy wants a life beyond what her poor mother has had–an existence rife with poverty and exhaustion. She sets out, determined to make it on her own. But when the Spanish flu hits her area and makes work scarce, Mercy finds herself hiring herself on with a poor widow much like her own mother. But things aren’t quite right in the new house, and a mystery begins to brew, sending Mercy searching for answers.

Sadie and Zuzu move to their new home in Utah and find an unexpected surprise waiting for them. A previous resident of the home, Helen, wrote an exciting account of her experience during the Spanish flu pandemic, and the girls can’t get enough of her adventures.

Winnie is just a kid, but she often carries the weight of the world better than her mother, who has always had a troubled mind. When the flu enters her town, Winnie suddenly finds herself terrified of a dangerous illness she cannot see, and she struggles with the heavy burden of caring for her family. 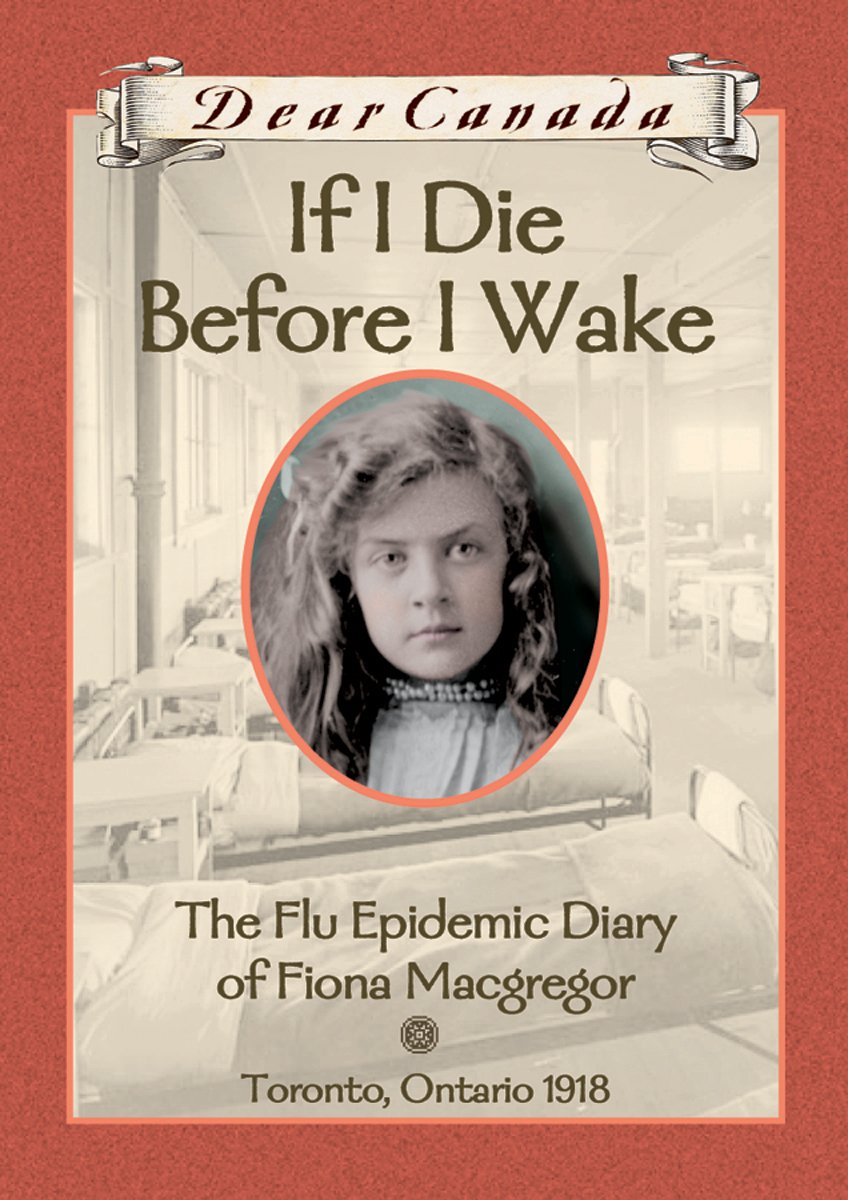 If I Die Before I Wake: The Flu Epidemic Diary of Fiona Macgregor by Jean Little (Dear Canada)

Fiona comes from a family of twins, and she has always been very proud of this fact. But when the Spanish flu begins to enter her family’s home, Fiona worries that things will never go back to normal. Written in an engaging journal style, this book is sure to delight fans of the Dear America series.

They Came Like Swallows by William Keepers Maxwell Jr.

A three-part novel chronicling the experience of a fictional Midwestern family during the events of the Spanish flu pandemic. An 8-year-old boy, his 13-year-old brother, and the boy’s strong father all provide a different lens with which to view this historic period of time.

A remote Alaskan village is almost decimated by the effects of a great pandemic. Suffering, grieving, and scared, the survivors are matched up for marriage by an English-speaking stranger who has entered the town. Two generations later, the granddaughter of one of these survivors returns to visit her grandmother and learn the survival story of her grandmother.

Alice and her family are celebrating the end of the world war and the troops are beginning to arrive back in Australia. Among them is Alice’s brother Teddy. But with the return of the soldiers comes a new battle to fight, a dangerous flu.

Name of the Child by Marilyn Reynolds

In this picture book, Lloyd is being sent to his relatives in the country in hopes that he will be able to escape the flu that is spreading like wildfire across his city. Soon after arriving at his temporary home, Lloyd is terrified to discover that his aunt and uncle have come down with the sickness, and Lloyd is the only one healthy enough to care for his four-day-old cousin. He must summon up all of his courage and strength to find food, care for the infant, and travel to a telephone for a doctor. 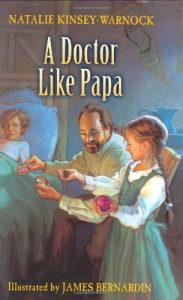 Margaret loves following her doctor papa on his rounds. Medicine has always fascinated her, but her mother keeps reminding her that the life of a physician isn’t for girls like her. As a flu epidemic sweeps their northern Vermont town, Margaret and her Papa must work harder than ever to care for their patients, further solidifying Margaret’s dream to one day follow in her father’s footsteps.

Hero Over Here by Kathleen Kudlinski

With his father away at war, 10-year-old Theodore is the man of the house, an honor that he does not take lightly. But when his mother and sister fall ill with the flu, Theodore must assume the daunting role of his family’s sole caregiver.

Freda is so excited to see her brother Bobby again. He’s been away from their home in New Zealand for months, and Freda knows that when he returns everything will go back to normal. Bobby does arrive home, but things hardly go back to the way they were. With the arrival of the troops comes a sinister force. Soon the small New Zealand community finds themselves at war once more, this time fighting off the deadly Spanish flu.

Marven of the Great North Woods by Kathryn Lasky

Marven’s parents send him north to a remote logging camp to keep him from contracting the dreaded flu that seems to be spreading everywhere. Life has really changed for Marven, but what he doesn’t know is that although he feels like he’s lost everything, he’s about to gain a very special friendship.

Joshua hits the streets as a newsie to help support his family after the flu epidemic claims the life of his father. He struggles to make it on the streets, and his troubles are furthered when Boston becomes the epicenter for another round of the flu. How will Joshua keep his job and make enough money to survive?

Ponies from the Past by Jeanne Betancourt

Two modern-day pony-lover girls find a letter from the past sealed up in a glass jar. After reading it, the girls become immersed in a 1918 correspondence between two girls much like themselves who also evidently loved horses. But some mysteries remain. Why were the letters hidden? Are the writers still alive?

The Flu Epidemic by JoAnn A Grote

The country is in the throes of a flu epidemic, and soon, many individuals are stepping up to sacrifice for others, working to end the spread and bring healing to the masses. Generosity, overcoming anxiety, selflessness, and the value of life are all themes throughout.

And in Flew Enza by Sherri Fuchs

Alice’s brother has joined the army and is off to the front lines in the German countryside. She is scared for him, but grateful that the war is far away across the ocean. What she doesn’t know, however, is that a different kind of battle is about to show up on her very doorstep. 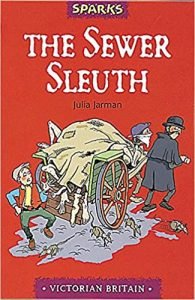 The Sewer Sleuth by Julia Jarman

London is rife with the spread of cholera. It seems like it can’t be stopped, but Tom Crackwell is determined to do whatever he can to save as many lives as possible.

People of the Plague by T. Neill Anderson

Harriet and Harry rush to the streets to welcome the Navy sailors and watch the Liberty Parade. Little do they know, the boat that had pulled into the Boston harbor was carrying more than sailors. Soon, influenza is spreading like wildfire through neighborhoods and tenement houses, and several heroes begin to rise up to fight the unseen enemy.

In 1918, America was celebrating the end of the first World War. Soon, celebration turned to confusion and then panic as camps of soldiers fell ill, and then cities fell ill, until it seemed the whole country was stricken with the mysterious ‘purple death’, named for the hue the skin contracted as victims struggled for breath.

An American Plague: The True and Terrifying Story of the Yellow Fever Epidemic of 1793 by Jim Murphy

A volatile political climate has the citizens of Philadelphia preoccupied. But soon, another beast begins to further threaten the peace as rotting animals and swarms of flies are seen more frequently and people begin to get sick. Among the tragedies and mounting death toll, heroes also rise up. These include selfless physicians and the Free African Society’s donations of food and medical care. (Newberry Honor Book)

The year is 1347, and a terrible plague is sweeping Europe. As the death toll begins to rise, the people begin to wonder if healing will ever come to their continent. 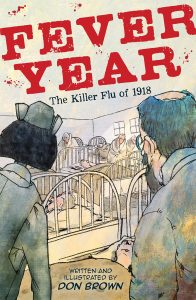 Fever Year: The Killer Flu of 1918 by Don Brown

While the effects of WWI are barreling their way around the world, another killer is simultaneously rising up. The year is 1918, and bodies are beginning to pile up as more and more people fall ill. This novel explores the suspected origins of this deadly illness and what modern-day scientists are learning from the now-centennial pandemic.