Celebrate the Christmas season with these Nativity picture books.

This book will have you smiling and giggling all the way through. Though the tale itself is familiar, the way it’s told is fresh and endearing. This story stars a grumpy innkeeper who just can’t wait to have some peace and quiet. But when he hears knock after knock on his door and hears angels singing and singing, he finally resigns himself to a sleepless night and goes to discover what the big racket is.

The Christmas Promise by Alison Mitchell

This is a fresh retelling of the familiar tale that puts the birth of Jesus in the context of the bigger story of the whole Bible. Children will see how God had a plan from the beginning to send His Son Jesus. The Christmas Miracle of Jonathon Toomey by Susan Wojciechowski

A woodcarver with a “bah-humbug” attitude reluctantly agrees to replace a widow’s nativity set. As he carves each piece, a little boy and the magic of Christmas begin to soften his heart.

A cranky baby Jesus just can’t seem to fall asleep. Between the scratchy manger hay, a loud angel choir, visiting kings from the east, and noisy barn animals, how is anyone to rest? Finally, an exhausted mother Mary suggests that everyone sing a soft lullaby for the newborn King.

The Crippled Lamb by Max Lucado

Joshua is a lamb with a limp. He resents the way he was made and wishes he could run and play like the other lambs. But when a special baby is born in the stable, Joshua finds that his prayers have been answered in a much more glorious way than he could have ever expected.

The Witness by Robert Westall

After a thief steals a cat from Egypt, the pregnant feline finds herself alone and confused in a town called Bethlehem. On the very same night that a King is born, the cat gives birth to two baby kittens. This imaginative story will delight young and old alike.

Who Built the Stable?: A Nativity Poem by Ashley Bryan

This poem tells the story of a young shepherd who works to build a stable for his flock of sheep. When it is finished, he crowds his animals inside. Soon he meets a young couple in need of a place to stay and he invites them in to his shelter. The end of the story makes this powerful observation: “The babe would be a carpenter. He’d be a shepherd too.” The true Christmas story, told in an endearing alphabet format that will make young readers feel like they were there on that holy evening long ago.

The Christmas Fox by Anik McGrory

A young fox plays in the snow while the other animals bustle around him, busily creating gifts to bring the baby Jesus. Fox worries that he has no gift to bring. In the end, a kindly donkey invites the young kit into the stable and tells him that Jesus wants nothing more than his presence.

This book takes the Christmas carol and brings it to life through its rich illustrations. Since the song talks about the night, much of the book’s pictures unfold across a dark backdrop speckled with stars, which provides a stark and stunning contrast to the scenes of the traditional story.

The Shepherd Girl of Bethlehem by Carey Morning and Alan Marks

A young girl helps her father, a shepherd, day in and day out in the fields. He never allows her to help with the night shifts, however, because it’s too dark. But one night as the little girl looks up at the sky, she realizes it’s not too dark! The whole sky is lit up by a very large star! She and her father and the rest of the shepherds head to a nearby stable to see the Lamb of God. Wombat wants more than anything to land a spot in the Christmas Nativity play. He goes out for all of the main parts but doesn’t get any of them. Finally, he is assigned the part of the baby Jesus. He nestles into the manger and promptly falls asleep. What will happen to the Christmas play?

Asleep in the Stable by Will Hillenbrand

When Baby Owl opens his eyes and surveys the stable below him, he realizes another baby has arrived. His curiosity takes over and he quietly asks his mother all about the newcomer. Where did he come from? Who is his mama? And, most importantly, where are his feathers?

Song of the Stars by Sally Lloyd-Jones

This Christmas tale tells of how the whole of creation anticipated the upcoming birth of a King. Animals across the land, the waves of the seas, and the great wind all waited with bated breath for His first cry, and when

He arrived, they were all there to bear witness to it. The Nativity by Julie Vivas

Beautifully illustrated in soft watercolor paintings, this retelling helps us see a more human side of the familiar tale. Mary struggles with a load of laundry when the angel comes to visit, Joseph becomes breathless while trying to hoist his very-pregnant wife to the donkey’s back, and Mary excitedly awaits the birth of her son while folding up some baby clothes.

Room for a Little One: A Christmas Tale by Martina Waddell

A kindly ox welcomes cold and lonely animals out of the night and into his shelter: “There’s always room for a little one here”. The last weary animal to stumble into the stable is a donkey, heavily laden with a pregnant woman on its back. Another Little One is about to enter the world. 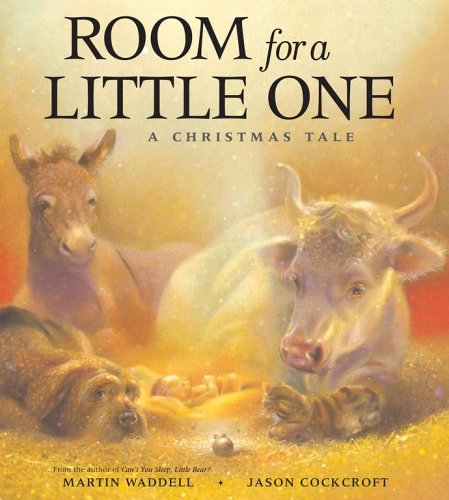 More Precious Than Gold by Gillian Lobel and Julie Monks

Three brothers from the East are on a journey to see the newborn King. Along the way, Caspar, the youngest brother, keeps getting sidetracked by various animals in need of assistance. When the three finally reach a certain little family, Mary commends Caspar for the love in his heart and his generous spirit.

Christmas in the Manger by Nola Buck

This simple board book has lyrical text created for toddlers and preschoolers. Nola Buck takes readers back to the simplicity of the Christmas story.

This sweet story tells about the camels who carried the wise men to see Jesus on that first Christmas so long ago. Humphrey is making a long, cold journey to Bethlehem when he accidentally loses his blanket. He plots to acquire a new one. When he does, he is moved to gift his treasure to the newborn King. 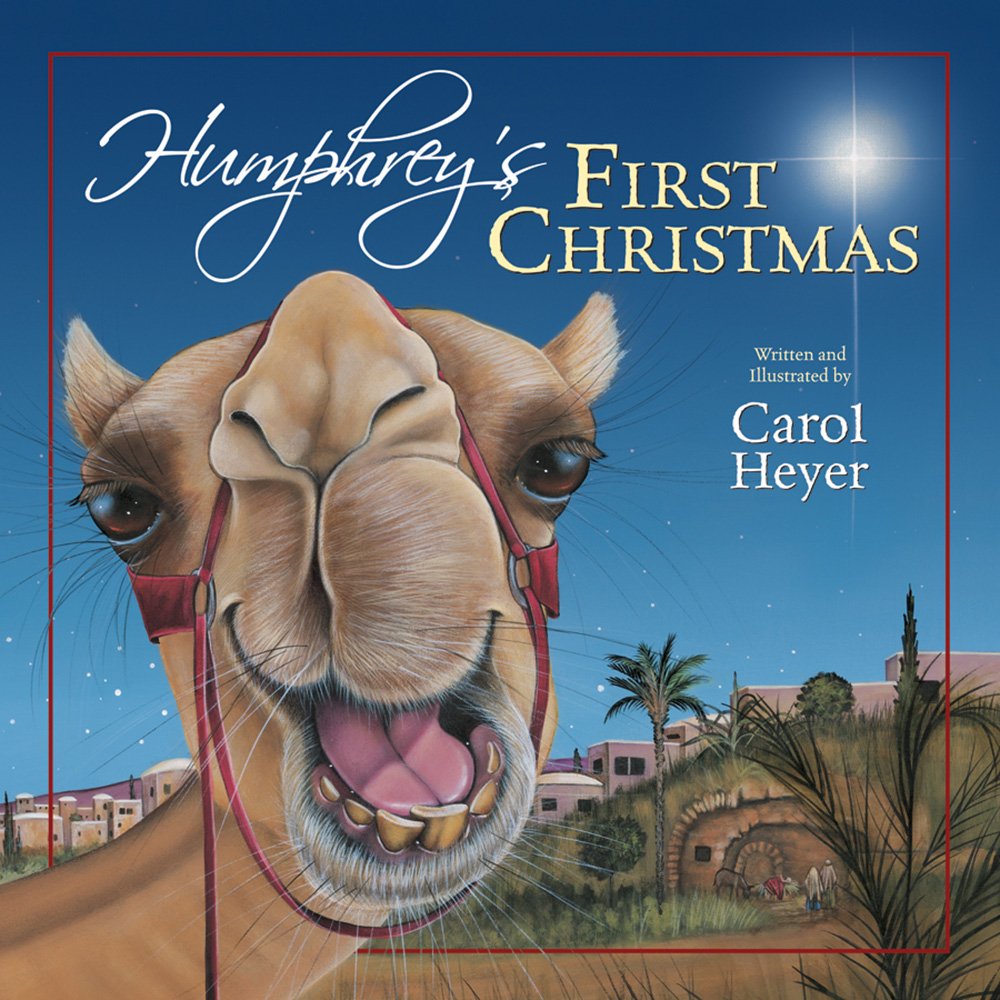 ‘Twas the Evening of Christmas by Glenys Nellist

Instead of rhyming about the arrival of Santa Claus, this poem tells about the first and most important Christmas of all–the day that Jesus was born in a stable. Children will enjoy the lilting rhyme set to the story of Jesus’ birth.

Jesus Calling: The Story of Christmas by Sarah Young

This unique look at the Christmas story begins with creation and spans the Bible, letting children get a glimpse of the story of Jesus woven into each book of the Bible leading up to His birth. Children will also be able to understand how and why God has always had a plan for Christmas and for Jesus to come.

The Night Before Jesus by Herbert Brokering

Children will enjoy the familiar rhyme of ‘Twas the Night Before Christmas set to the backdrop of this precious and familiar story.