Sometimes, field trips to great locations aren’t possible. Check out some of these virtual tours to famous museums and locations around the world! Whether they immerse you in a 360 degree view or show a video, giving virtual tours is a great way to help bring history and science alive and make learning more engaging and more memorable.

1. NASA
Take a virtual tour of NASA’s International Space Station! There’s a series of cool YouTube videos that take you through their station.
2. Google Museum View
Google Maps has cool street maps, allowing you to see virtually any place in a 360 degree view as if you were already there. Google Museums offers the same thing with museums! You can see panoramic views of beautiful places around the world. There are museums from all over the world; the United States, France, Spain, Indonesia, South Africa, and more!
3. Smithsonian Museum
Move over Night at the Museum and try the Smithsonian Museum virtual tour! The format is a bit like Google Maps, and you can “move” around and get a 360 degree view.

4. The Louvre
Located in Paris, France, the Louvre is the largest art museum in the world. Use their virtual exhibits to explore a bit of the museum! 5. United States Holocaust Memorial Museum
The United States Holocaust Memorial Museum (USHMM) in Washington DC has several of their exhibits online. Pick a subject, and several resources will come up, ready to view.
6. Lincoln Memorial
National Park Services has panoramas of the Lincoln Memorial. Click and drag to experience things up-close, so you can read inscriptions. They also have a map of the whole memorial, which makes it easy to quickly move from location to location.
7. Yad Vashem
Yad VaShem is Israel’s official Holocaust memorial. Their YouTube page has several tours of memorials, including their garden honoring the Righteous Among the Nations.
8. Martin Luther King Jr.’s Home
Take a virtual tour of Martin Luther King Jr’s home. King was a great leader and helped shape the Civil Rights movement. Click on each room in his house, and a video will play.
9. The White House
The White House is where each American President resides. Go behind the scenes with Google and discover some of the different art and culture in the famed building.
10. Buckingham Palace
Discover the elegant Buckingham Palace in the United Kingdom! Discover facts about each location as you go on.
11. Boston Children’s Museum
Experience the Boston Children’s Museum online, starting at the main lobby! You can walk into any room in a 360 degree perspective, which is really cool. You can walk up the stairs from the first level, or you can start at any of the museum’s three levels. (one of my favorites; explore their Japanese House!)
12. National Women’s History Museum
Explore the National Women’s History Museum through their virtual tours, which are sorted by topic. Whether it’s STEM, the Olympics, or fashion, learn the great contributions women made to history!
13. World Association of Zoos and Aquariums
The World Association of Zoos and Aquariums (WAZA) in Switzerland has a virtual zoo, and you can see animals by species, region, or animal group.
14. Monterey Bay Aquarium
The Monterey Bay Aquarium in California has live web cams for a variety of their exhibits. Their web cams are live for 9:30 a.m. to 5 p.m. Pacific Time. See their coral reef, penguins, sharks, and more!
15. Sistine Chapel
Explore the Sistine Chapel; from Michelangelo’s ceiling to the other incredible artwork.

What are your favorite sites for virtual tours? 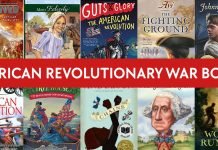 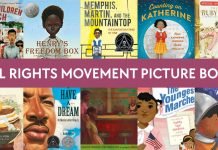 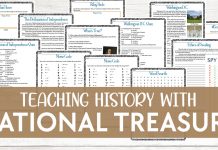