Learn about medieval history and the middle ages with these engaging medieval books for kids, tweens, and teens.

Castle Diary: The Journal of Tobias Burgess by Richard Platt

Can you imagine what life in a castle was really like? Join 11-year-old Toby as he offers an insider’s look at the daily rhythms of a young boy living and working in a castle in the middle ages. As the inhabitants of the castle hunt for sport and food, joust for clout, and harvest fields to survive, Toby’s ever-present eye offers a humorous and historical account of a time so different than our own. 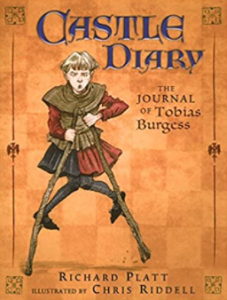 In this Newbery Honor book, 14-year-old Catherine tells of the happenings of her life through her intimate and detailed diary account. As the daughter of an English nobleman, Catherine, nicknamed Birdy, often feels like a bird in a cage with the constraints placed on her by society. This timeless, insightful, and witty coming-of-age novel is sure to relate well to teens and tweens of today.

The Midwife’s Apprentice by Karen Cushman

When Jane the Midwife first met the child, she was a forlorn creature known only as ‘Brat’. After joining Jane in an apprenticeship, Brat sheds her old name and way of life and embraces a new beginning as ‘Alyce’. Alyce enjoys learning about midwifery, and determines that she wants three things from life: “a fully belly, a contented heart, and a place in this world.” 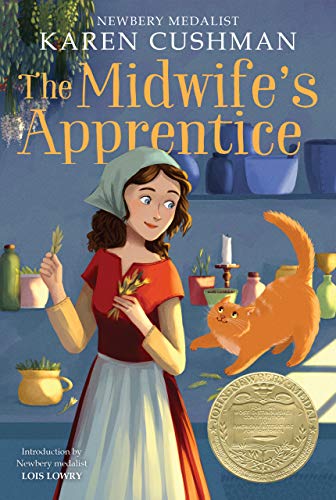 The Whipping Boy by Sid Fleischman

In this classic Newbery winner, a spoiled prince (known as Prince Brat) and his servant, known as a whipping boy, run away together. The novel isn’t as violent as the title hints at – it’s a fun tale of adventure and action, mistaken identity, and growth.

The Knight at Dawn by Mary Pope Osborne

When time-traveling siblings Jack and Annie find themselves thrown back in time to the Middle Ages, they quickly realize that they are not-so-welcome guests in the Great Hall! 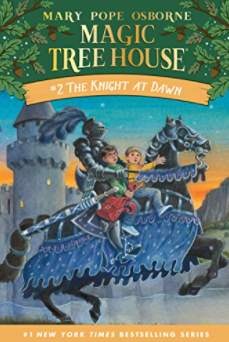 In this nonfiction companion work to The Magic Tree House Series’ The Knight at Dawn, Jack and Annie return home and have lots of questions that need answered. Did horses really wear armor during the Middle Ages? How did boys train to be knights? What was it like to live in a castle? Discover the facts about Medieval Times alongside Jack and Annie.

Chaucer’s nine classic tales, reimagined and revitalized with colorful, comic-strip art and witty dialogue. The Knight, Miller, Reeve, the Wife of Bath, the Summoner, the Clerk, the Franklin, the Pardoner, and the Nun’s Priest make up the host of colorful characters in this collection.

In this fantastical tale, Ella, a girl blessed (cursed?) by her fairy godmother to obey every command directed towards her, works to escape the burden of constant acquiescence. As her stepsisters and schoolmates alike learn that she cannot refuse, Ella’s life becomes nearly unbearable. There’s also a fun movie. 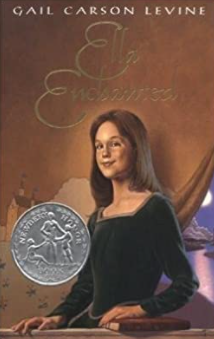 In this retelling of the classic English folktale, a mangy feline called Whittington finds refuge and a new home in the barn of Bernie, a kind and simple man. When a blustery wind blows in a fierce snowstorm, Whittington and the other animals find themselves trapped inside. As they wait out the weather, the cat begins to fascinate them with tales of Duke Whittington, the man from whom he obtained his own moniker.

Once Upon a Marigold by Jean Ferris

This lighthearted tale has it all: a castle, an evil queen, a handsome, lovesick prince, and, of course, a damsel in distress! Christian, a hopeless romantic desperately enamored with Princess Marigold, learns of Queen Olympia’s plot to kill the princess and take over the throne. Can Chris foil the sinister plan and save his beloved before it’s too late?

Crispin, a peasant living during medieval times, finds himself at the end of pointed fingers when a serious crime is committed and he is blamed. On the run from those who are authorized to kill him if they can catch him, Crispin becomes the servant of a gruff yet kind man named Bear. But when his would-be captors catch wind of his whereabouts and it becomes a life-or-death situation, Crispin struggles with an impossible choice.

Matilda, a somewhat stuck-up, serious, devout young woman finds herself disgusted at her new position. Here she must affix slimy leeches to bloody wounds, grind and mix nasty-smelling herbs, and gather tools for surgery. Work in an apothecary in medieval times is not for the faint of heart, and despite the goriness of her surroundings, Matilda somewhat reluctantly learns to appreciate the lessons her new life has to teach her.

The Healer’s Apprentice by Melanie Dickerson

Rose, the poor daughter of a woodcutter, is thrilled when she lands a position as a healer’s apprentice at Hagenheim Castle. She is also determined to prove that she has a future in the healing profession; failure will mean returning home to marry the old man her mother has chosen for her. After Lord Hamlin, the future duke, suffers an accident, Rose is assigned to be his carer. While she tends to his wounds, she finds her own heart opening up to first love. 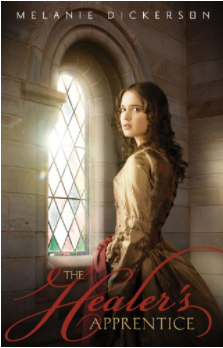 The Merchant’s Daughter by Melanie Dickerson

In this realistic retelling of the class Beauty and the Beast, the daughter of a well-to-do merchant finds herself in a position of forced servitude to pay her father’s debts. Her employer is Lord Ranulf, a beast of a man with a reputation that sends fear down Annabel’s spine. Thinking it her only chance of escape, Annabel plans to flee to a nunnery and spend her life serving God. But when Lord Ranulf turns out to be the opposite of the rumors, Annabel struggles to reconcile her desire to serve God with her newfound love.

Written from the viewpoint of a dog eking out a living during the medieval age, this story spares none of the somewhat gruesome details of the time. The year is 1381, and a hunting dog watches from the front lines as peasants attempt to take down the feudal system in a revolution for the ages against the oppressive lords they serve.

A Proud Taste for Scarlet and Miniver by E.L. Konigsburg

The day has finally come for the final judgment of the soul of Henry II, king of England. His former wife, Eleanor of Aquitaine, watches from the skies, waiting impatiently. As she waits, she is visited by three acquaintances who help flesh out the remarkable story of her own accomplishments during her time on earth. 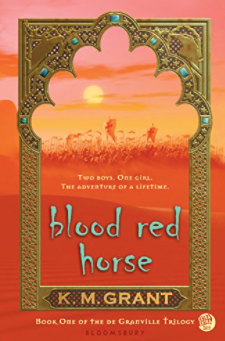 In this first installment of The DeGranville Trilogy, a teenager called William fights to prove his worth as a knight and Crusader-warrior. He surprises everyone by riding into battle on a small but fiery stallion that was no one else’s first choice. All the while, William works to sort out his confusing feelings for Ellie, the wonderful girl he left behind–who’s promised to his older brother.

Twenty-two short stories about fair maidens, devout monks, and brave knights comprise this collection that will transport readers back to the Middle Ages. Drawn from the Munich-Nuremburg manuscript, this short read provides an accurate portrait of everyday life for people moving about in several different social circles.

The year is 1284. The city of Hameln has become overrun with rats, and the people are desperate to be rid of them. Disease seems to be everywhere; rich and poor alike are infected with the incurable plague. One boy, Salz, seems to be the only one that is unaffected by the rodents. When he becomes the town pariah, Salz knows he must do something to prove his innocence and help rid the town of the rats for good.

The Book Without Words by Avi

Sybil, a teenager in servitude to the great alchemist called Thorston, finds herself a near victim when her master attempts to take her life’s breath with a new concoction. Fortunately, his own life is snuffed out before he can carry the plan to fruition. Now Sybil and her companion, a talking raven, are left to discover the secret of alchemy on their own. 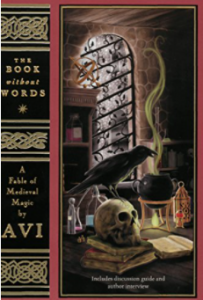