“For you, a thousand times over!”

I read The Fault in Our Stars before The Kite Runner and I found it [TFIOS] pretty shallow, and I didn’t feel I got anything out of it. I normally read a WWII book (my favorite time period) after I read a bad book, but instead began The Kite Runner and like most of my impulse reads, I thought it would a 4/5 star book, just ok. Wow. This book was so incredible on so many levels, my pathetic words cannot do it full justice.

Amir and Hassan are two young mother-less boys growing up in Afghanistan together, although in very different situations. Amir and his father, Baba, are wealthy, while Hassaan and his father are part of a minority called the Hazara and are Amir and Baba’s servants. Although Hassaan has a lower social status, Amir is quietly, but greatly jealous of Hassaan. Despite being illiterate and having no education, Hassaan is much more intelligent and wiser than Amir. His character is unfailing, and he is about as incredibly perfect. But it is how Baba treats Hassaan that upsets Amir the most. While Baba often looks down on Amir and talks about him condescendingly, he often favors Hassaan, treating the latter as his own son.

“And that’s the thing about people who mean everything they say. They think everyone else does too.”  -Amir

But, Kabul’s annual kite competition might change that – and Amir wants to win in order to prove his worth to his father. However, things go terribly wrong. In order to help Amir win, Hassaan once again shows Amir his constant loyalty – and is raped by a group of neighborhood bullies – as Amir watches. The fact Hassaan refused to falter to help Amir win and gain approval from his father simply tears Amir apart. And, loyal Hassaan, who would never dream of doing anyone harm, never hates Amir for not doing anything during the rape. This angers Amir so badly he frames Hassaan as a thief, and still then, Hassaan quietly admits to this crime he never commits. This tears their relationship apart. The two split up for the first time in their entire life, and Amir and Baba move to America. Years later, Amir is married, yet has never forgotten his loyal Hazara friend.
Fate gives Amir the chance to redeem himself by rescuing Hassaan’s orphaned son in Afghanistan, now over-run by the Taliban. Although he gives himself a million excuses not to, Amir faces his past and travels back to Afghanistan…

Loyalty. Family. Love. Friendship. Guilt. Betrayal. Redemption. These are all of the fantastic themes of The Kite Runner. The novel reminds me of an Oscar-winning movie; it is just a quality book. Beautiful writing, well-developed characters, a haunting, powerful storyline, and superb plot and delivery. The title is perfect, the symbolism was perfect, and the message of redemption and bravery was simply spectacular. This book has no boring or slow parts and I was on my toes from page one. The story kept me from wanting more, and I really didn’t want the book to end. A mere book review cannot do it justice. It is just so good and powerful, and definitely a book you will think about long after you finish it…
It is rare I enjoy a popular book, and it’s also rare for a book to leave me completely speechless for DAYS. A couple weeks later and I still can’t scrap together a review giving this book justice. I am glad to say I truly loved this book. Although I love spoilers, I don’t want to give too many spoilers away because it will mostly ruin the book. Despite being painfully honest and heartbreaking at times, this book was so poignant and beautiful in a way I can’t describe. I write this a few weeks after I read it, and I think this is the first book I really miss reading – I want to read it again and I can’t wait to read the author’s other books! So anyways, just READ IT. READ IT. READ IT. 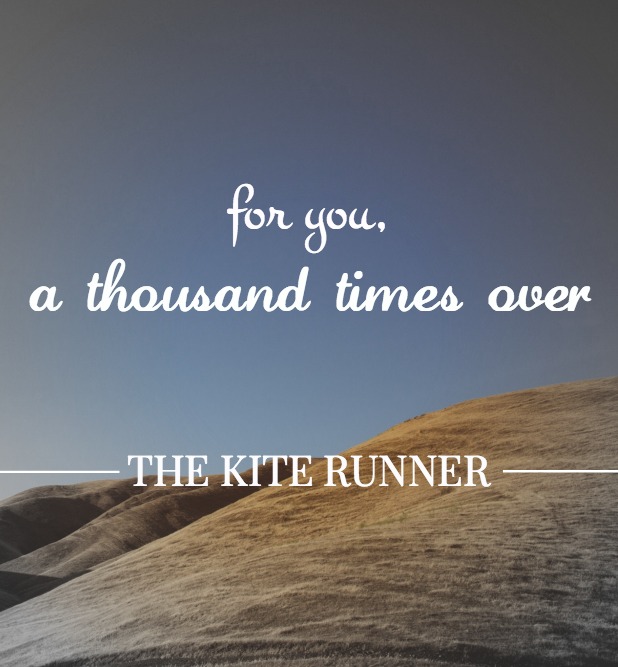 Update: The movie was loyal to the book and just as good – it left me in tears at the end!