This week’s news revolved around the Powerball and the record-breaking billion dollar jackpot. As millions of Americans bought lottery tickets and pondered what they would do with the money, donating to charity was often among the top distribution plans. However, I can’t help but think; do we really have to win the lottery to help others? This is the story of how a teenager, Katie Davis, made a drastic move from her comfortable life in Tennessee to an orphanage in Uganda, where she started a flourishing nonprofit and is now mother to 13 young girls.

Katie Davis seemed to have everything – living a dream life. Class president, homecoming queen, top of the class – she was in the popular crowd, had loving parents, and knew she could be anything she wanted to be in life. She had a great boyfriend, a yellow convertible, and was planning to study nursing.
However, as she began to delve into scripture, she believed God had something bigger planned for her life. In December 2006, she travelled to Uganda, a country in Eastern Africa, for the first time. She fell in love with the people and the culture; but was heartbroken at many of the things she saw; children dying, starvation prominent, disease flourishing, families torn apart, and most kids begging on the streets, instead of attending school.
Six months later, after graduating from high school, Katie returned to Uganda for a year-long stay, planned as a pre-college experience. After that, she promised her parents she would go to college and live a normal American life. This time, with no prior teaching experience and no knowledge of the local language, she began teaching at a kindergarten orphanage. However, her year felt too short, and it was soon time to fulfill her promise to her parents. In the comforts of American society, Katie and her parents realized how miserable she was, how guilty she felt, and knew she had to go back to Uganda.
Shortly after her return, Katie officially started a non-profit, which she named Amazima Ministries International. “Amazima” means “truth” in the native Luganda language. Since Ugandan schools require a fee for attendance, her goal was to help provide free education to Ugandan children, as well as teach them the love of Christ. What started out helping a handful soon turned into 150 sponsored children by the end of the year. Today, Amazima sponsors over 700 children.
In addition, in one of Uganda’s poorest neighborhoods, Masese, Katie noticed a desperate need for food and medical treatment in the land riddled with severe starvation, poverty, and diseases. Since farming was impossible, prostitution and alcoholism ruled the streets. Through months of hard work and help from locals, Amazima now feed 1,200 children every Monday through Friday in Masese, and allows them to attend school, instead of begging on the streets. The program is almost entirely funded by local woman who create jewelry and sell them in the US, a respectable job alternative to prostitution.
At the age of 22, Katie became the foster mother of thirteen little Uganda girls, which she hopes to ultimately adopt legally. She homeschools six of them, and continues to help anyone who comes to their door needing it. As of currently, Katie has no plans to return to the US, and strongly believes in keeping the girls in their native culture. Katie takes no credit for her accomplishments; and simply wishes to let Jesus’ light shine through her and her ministries. “People tell me I am brave,” she says. “People tell me I am strong. People tell me good job. Well here is the truth of it. I am really not that brave, I am not really that strong, and I am not doing anything spectacular. I am just doing what God called me to do as a follower of Him. Feed His sheep, do unto the least of His people.”

“I have learned that I will not change the world. Jesus will do that. I can, however, change the world for one person. So I keep stopping and loving one person at a time. Because this is my call as a Christian.” -Katie Davis 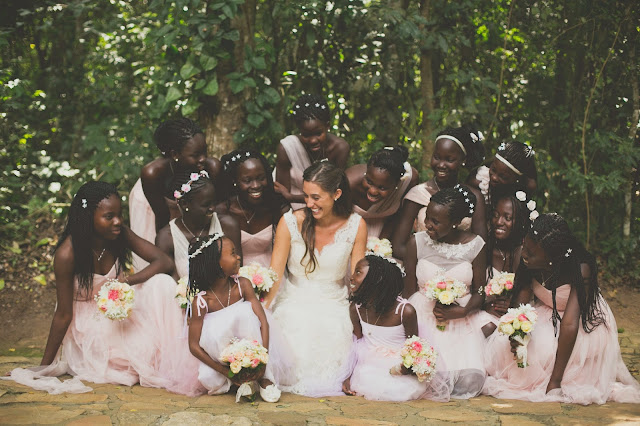 Image credit: Amazima
Disclaimer: Some of the following links are affiliate links. I make a small commission from some of the links on this site. You can read my full disclosure here.