Check out these inspiring books for Christian tweens, designed to help them grow in faith and in character!

As a teenager, it wasn’t that long away that I read (almost all) of the books on this list! Here are some of my favorite books that have helped me grow in faith and in character during my tween and early teen years! 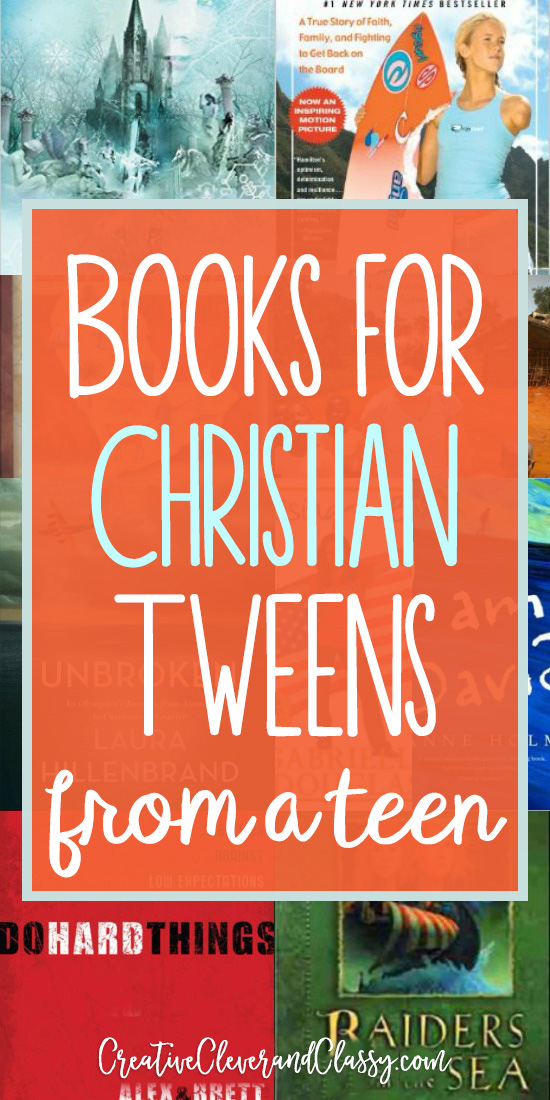 In this Christian fiction series, 12 year old Libby Norstad goes to live with her father, the captain of a Mississippi River steamboat. Through a series of 6 books, Libby and cabin boy Caleb find themselves entangled in the underground railroad! It’s a great series for both boys and girls, and is packed full of thought provoking lessons. It is engaging and fast paced, whiles still sneaking some quality lessons in.
This was one of my favorite series as a tween and early teen, and it has also been republished under the name Freedom Seekers.

Bethany Hamilton is a champion who lost her arm when she was a young teen. Instead of letting that knock her down, Bethany’s faith helped her persevere. Since then, she has had a successful surfing career, including winning national competitions, and has a movie great for family movie night! You can hear Bethany tell her story on I Am Second.

Do Hard Things by Alex and Brett Harris

An inspiration for youth everywhere, Alex and Brett Harris, homeschooled twins, encourage young people to rise up against low expectations, and give them the tools to do hard things. Although evidently from a Christian perspective, it is in no way “preachy” and instead gives strong advice for self-motivation and leadership.

Teen Bibles are a way to dive into the Word, in a less daunting way. The font and margins are a bit bigger than normal, so it’s easy to fill in the margins.

During the Holocaust, the tiny nation of Denmark was known for banding together as a country. The Scandinavian country rescuing 99% of its Jewish population by helping them find safety in Sweden. This is the story of one family’s rescue, through the eyes of Annemarie and her Jewish friend Helen. It’s an inspiring story about faith, hope, and courage.

Raising the Bar by Gabrielle Douglas

During the 2012 London Olympics, Gabrielle Douglas’ life was changed forever when she brought home gold in gymnastics. This book is aimed at tweens, and has fun facts about Gabby and balancing her everyday life of gymnastics and being an ordinary girl. To learn more about Gabby’s life before the Olympics, check out her memoir Grace, Gold, and Glory: My Leap of Faith.

Christian Heroes: Then and Now by Janet and Geoff Benge

Although aimed at young Christians, these books are great for the entire family and/or devotional time. The series profiles powerful Christians and the contribution they’ve made throughout history. Stories range from well known missionaries like Amy Carmichael and Jim Elliot to little-known heroes like Jacob DeShazer.

I Am David by Anne Holm

12 year-old David has spent the majority of his life in a concentration camp and knows nothing of the outside world. When given the chance to escape, he seizes it – on a mysterious mission to Denmark. This novel introduced me to WWII in fourth grade and is the top among my favorite historical books for kids. (the movie, despite being overall well received, is nothing like the book in terms of content or depth)

The Chronicles of Narnia by C.S. Lewis

The seven books in the Narnia series are a classic among young kids and adults alike. The stories are easy to get sucked into as you visit the fictional world of Narnia and the wonderfully mysterious characters who live inside it. 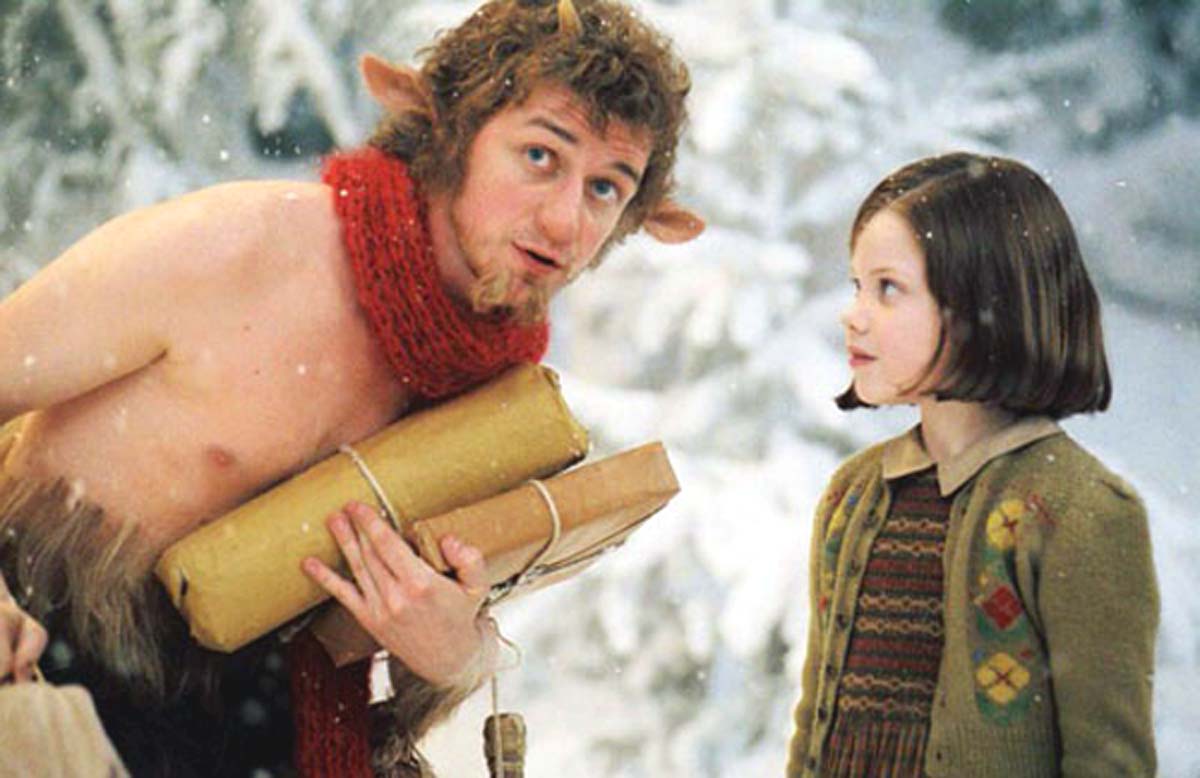 Although not a “Christian” book, this Newbery Honor recipient is the poignant story of family, hope, and trust. Hollis Woods was abandoned as a baby, and has been moved from foster home to foster home since. When she goes to live with an elderly woman named Josie, she begins to come to terms with her past to face her future. It was also turned into a great Hallmark movie.

Mandie Shaw has been through a lot. First, she lost her father, and then she finds her lost long family. This is her series of adventures! I’m not a fan of the Mandie series (just personal preference), but I know many people who are (including my sisters) so I thought it was worth adding!

Viking raiders kidnap siblings Bree and Devin, Bree and Devin must use courage and faith to find their way home. I’ve never read this series before, however I love Lois Walfrid Johnson’s other novels and it has great reviews.

The Book of Virtues by William J. Bennett

The Book of Virtues is a collection of short stories and snippets from books that offer great life lessons, such as loyalty, self-discipline, courage, and hard work. Bennett also has The Book of Virtues for Young People and The Children’s Book of Virtues, both of which has the same format and pattern.

A Cry From Egypt by Hope Auer

Have you ever wondered what life was like in ancient Egypt? As an Israelite slave? A Cry From Egypt is set in ancient Egypt right before the Exodus, from the perspective of a young girl. Christian Small Publishers Book of the Year 2014. This also has an audiobook with over 50 actors.

As a child, Louie Zamperini was more destined for prison than anything else. However, through a series of fortunate events, Louie became an Olympic runner shortly before WWII broke out. During the war, he was a lieutenant, and is best known for surviving over 40 days at sea, and two years in a Japanese POW camp. After the war, Louie spiraled downhill and struggled with alcoholism. It wasn’t until he later turned to Christ when he began to learn about forgiveness.
I absolutely loved the original book Unbroken, but it was a very mature read with content and writing style (I’d still recommend it to every high schooler and adult reading it). This version has the same amazing story with more simplified language. It also takes out the mature violence/sex/profanity from the original. 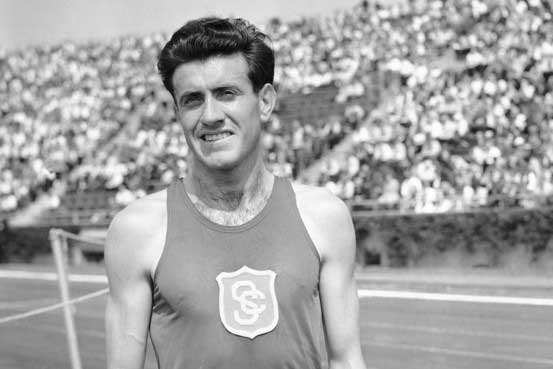 In this series aimed at Christian boys, the Sugar Creek Gang is a group of Christian boys who go on fun adventures. The stories weave lessons of friendship, courage, and faith into each of the novels.

Ben Carson was born to a single mother and grew up in poverty. From the class dummy to a Yale graduate, he describes how he became the first neurosurgeon to successfully separate a pair of conjoined twins. A devout Christian, he shows the benefits of hard work, trusting God, faith, self-discipline, and thankfulness. I’ve read Ben Carson’s original memoir Gifted Hands, but not this kids edition.

Left Behind: The Kids by Tim LaHaye  and Jerry B. Jenkins

This might be controversial to add to this list, but I loved the Left Behind: The Kids series (and if were to be turned into a miniseries, I would totally watch it). Meet Jude, Vicki, Lionel and Ryan – for teens who find themselves “left behind” after the rapture.
With a relevant but scifi/fantasy feel, there are 40 books of fast paced storylines and a wide cast of characters – some good, some evil. I have read books 1-37ish. Awkwardly, my library didn’t have the last few, and it’s been too long I don’t know if I could remember enough to start back up again, but it’s a fantastic series. My only complaint would be the writing style feels choppy at times, and the stories are each really short.

Through My Eyes: Young Reader’s Edition by Tim Tebow

Tim Tebow grew a love for football from a young age. In his memoir, he shares his life both on and off the field, and shows his strong Christian faith.

Kisses from Katie by Katie Davis

Katie Davis gave up her comfortable life as a middle class girl in Tennessee to move to Uganda, where she currently is the mother to 13 orphans! This is her story of faith and trusting God through the midst of hard times.

In her own words, she says, “Jesus wrecked my life. For as long as I could remember, I had everything this world says is important. In high school, I was class president, homecoming queen, top of my class. I dated cute boys and wore cute shoes and drove a cute sports car. I had wonderful, supportive parents who so desired my success that they would have paid for me to go to college anywhere my heart desired. But I loved Jesus.”

What are your favorite books for Christian tweens?