National Treasure, follows Ben Gates, historian and code-breaker, as he searches for an alleged U.S. treasure. Through an expedition with rival Ian, Ben finds a clue that leads him to believe that a key to the treasure may be within the Declaration of Independence. Follow Ben as he races to solve this mystery while also learning about our nation’s history! After watching, follow up with the movie study on my website!

Follow the story of the way Mary Poppins was transformed into one of the most beloved classics of all time. Tom Hanks and Emma Thompson star in the movie that tells the touching tale of how the story came to light as well as how Walt Disney obtained production rights to it!

Herb Brooks, U.S. Hockey coach, inspires a group of college players to strive for greatness, leading them all the way to the 1980 Winter Olympics. This feel-good film shows you just what it takes to get to the top and all that comes with it.

Winter the dolphin became a world wide sensation when she received a prosthetic tail. In the follow up to the first film, this movie continues Winter’s story as she bonds with an orphaned baby dolphin after her dear friend passes away.

For me, this movie was not as good as the book, but it’s story still touches hearts all over. Watch as Sara tries to navigate life after losing her dear father and all she’s familiar with, changing the course of her life forever.

While this story isn’t strictly historical, its being set in during the Great Depression offers important historical aspects. Follow along as Mary Poppins takes the Banks kids on another meaningful adventure.

Drew Barrymore plays a reporter whose articles on a group of whales trapped in the Arctic Circle prompted the United States and Soviet Union to team up for a rescue mission.

*The Boy Who Harnassed the Wind – PG

This Netflix film inspired by the touching book tells the story of William Kamkwamba. When he was only thirteen, he stepped up and saved his own Malawian village from famine with his construction of a wind turbine.

This historical drama brings a World War II book club to life. A London-based writer, Lily James, comes into contact with the residents of the island where this club was formed in 1946, learning all about the German occupation as she talks with them more. This movie greatly depicts the period and offers an interesting and not very well known story.

This film gives light to the racial tension that existed in the 1960s as two Californians struggle with their daughter’s choice in fiancé. As both of their parents take the news of the fresh engagement, they navigate their underlying stereotypes. This film was one of the few in its time to portray interracial marriage in a positive light!

This British mini series based on Elizabeth Gaskell’s novel, brings to the differences in the North and South of England during the Victorian Era. When Margaret Hale’s family moves North to an industrial town, they struggle to adjust. Meeting the Thortons, a family of mill owners who despise the Southerners bring even more challenges to this move. This series brings many class social issues into focus.

An international team of archaeologists search for a lost tunnel Jewish prisoners dug to escape back during World War II. This PBS documentary provides viewers with an inside look of the period of Nazi control and the way these prisoners in Lithuania escaped them.

The 1936 Berlin Olympics were unlike any other. This documentary strives to uncover the truths of those games and the way Hitler and his Nazi propaganda affected them. This film is considered a historical sports documentary.

Waitstill and Martha Sharp were one of the few Americans to rescue Jews during the Holocaust. Their amazing story is documented here.

This series set in East London during the 1950s introduces viewers to the midwife movement and the importance of it. There are some difficult themes presented like prostitution and severe poverty, but the series accurately depicts the true story of Jennifer Worth.

Based on the book, War Horse is a movie about a boy and his horse during World War I. After the effects of the war cause them to be separated, this touching film follows the story of their search for one another.

Watch the story of the army of rescuers who worked to find survivors after the 9/11 collapse of the World Trade Center. This film provides a historical perspective into this terrible tragedy.

The Theory of Everything – PG-13

This film tells the story of Stephen Hawking and his battle with ALS as he becomes more reliant on his wife, Jane. Hearing his story will bring any viewer to become even more captivated by the well-known genius.

Based on Amos Oz’s memoirs, this film tells the story of a family struggling during the beginning of Israel’s independence. Amos’ use of his mother’s stories and poems can clearly be seen as they are woven into this historical drama.

The Pursuit of Happyness – PG-13

This inspirational movie about the life of Chris Gardner depicts his struggle with homelessness while chasing his dreams. Despite having so many odds against him, he put everything on the line out of true belief in himself, landing him a position at a prestigious brokerage firm.

I don’t often include R-rated movies on my lists, but Defiance is one of my favorite Holocaust movies and one of the more mild R rated films I’ve seen.

After witnessing the murder of their parents and the mass murder of their village, the Jewish Bielski brothers fled to the woods as a safe haven from the Nazis. As other Jewish refugees (including women, children, and the elderly) fled to the forests, the Bielskis find themselves the leaders of a growing a community, with ordinary citizens, including children and the elderly. The ragtag group of partisans survived for a miraculous two years, with incredibly high survival rates. All in all, the Bielski partisans helped shelter 1,200 Jews during the war.

This film is also rated R, but only due to the use of language. There is no sex or violence depicted and it’s a story that every history lover must experience. The movie portrays the story of King George VI and his personal struggles as he attempts to lead a nation at war is touching and provides viewers with a real look into this historical period.

Legends and Folktales From Africa | Africa Books for Kids 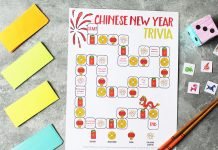