Learn more about important events in history through these historical graphic novels for kids, including books for elementary students and middle schoolers.

Titanic: I Survived by Lauren Tarshis

The popular I Survived series bestseller is re-imagined in this exciting graphic novel. George and his sister Phoebe are thrilled to be onboard the Titanic. They aren’t allowed to venture into the first-class area, of course, but George’s curiosity gets the best of him. Suddenly, George feels the big boat hit something hard. When water begins filling the halls and the crew orders everyone to stay put, George realizes he might not be able to get back to his sister in time.

The Invention of Hugo Cabret by Brian Selznick

Hugo has always had to fend for himself. That’s why the Parisian orphan lives alone behind a train station clock and doesn’t interact with others much. But as the gears of the clock turn, so do the winds of change, and Hugo finds his life intertwined with a strange girl and a old toy salesman. 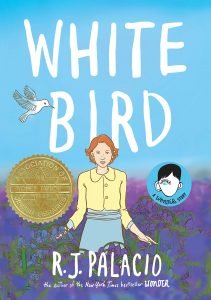 Grandmere, a character introduced to readers in the novel Wonder, takes center stage in this graphic novel. Here we travel back in time to Grandmere’s childhood in France. When Nazi forces sweep into the city, Grandmere and the rest of her Jewish family are forced to sequester themselves in a kind neighbor’s home. While there, she discovers that the classmate she used to make fun of was going to turn into an unlikely friend.

Nathan Hale, the revolutionary for whom the author was named, risked it all for his country and his patriotic beliefs before meeting his demise at the hands of the British. The books in this fast-paced series tell the stories of several astonishing moments throughout history with characters like the lively Nathan Hale leading the pack.

Best Shot in the West: The Adventures of Nat Love by Patricia McKissack

Nat Love, known in the Wild West as Deadwood Dick, was born a slave but soon became renowned for his fast draw and his talent for roping steers. The story of the most famous African American cowboy of all time will keep even reluctant readers turning the pages all the way through.

The Faithful Spy: Dietrich Bonhoeffer and the Plot to Kill Hitler by John Hendrix

In Nazi-controlled Germany, one pastor dares to question the hatred spewed by Hitler’s forces. Bonhoeffer knows that the God he serves does not condone the actions his country is taking, and he decides to fight against the regime at any cost.

Queen of the Sea by Dylan Meconis

When Queen Mary takes control of the throne, she promptly banishes her sister Eleanor to an island inhabited by nuns who spend their days in peaceful solitude. Soon Eleanor and orphan girl Margaret form an unlikely friendship. When danger comes close to home, Eleanor wonders if their bond will be enough to save her. 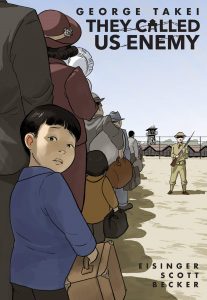 When the Japanese attack Pearl Harbor, racism against Asian Americans spreads rampant across the country. Young George and his family are forced to leave their home and friends behind and relocate to a Japanese internment camp.

In 1898 China, foreigners have invaded Little Bao’s world. Tired of their constant and unwelcome presence, Little Bao forms a band of like-minded people who vow to use their kung-fu skills to expel the missionaries and soldiers from their midst in what became the Boxer Rebellion. The second book, Saints, flips the story around. This time, readers have the opportunity to experience the rebellion from the other side.

In 1935, millions of particles of dirt swept up together to form a deadly dust storm that buried people alive, devastated fields of crops, and sent America spiraling into a deep despair.

Fever Year: The Killer Flu of 1918 by Don Brown

While the effects of WWI are barreling their way around the world, another killer is simultaneously rising up. The year is 1918, and bodies are beginning to pile up as more and more people fall ill. This novel explores the suspected origins of this deadly illness and what modern-day scientists are learning from the now-centennial pandemic.

Hurricane Katrina swept across Louisiana in August of 2005, leaving much of the city under 20 feet of standing water and causing untold amounts of damage to structures and human lives. There were many heroes of this story who risked their lives to come to the rescue of others, but there were also many villains who used the tragedy to further ideas of racism and criminal activity. 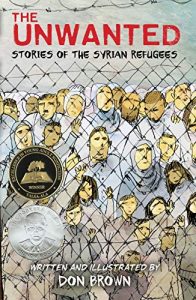 The Unwanted: Stories of Syrian Refugees by Don Brown

2011 saw hordes of Syrian citizens fleeing for their lives and seeking asylum in various countries around the world. But six years later, as floods of humanity continued to pour into already-crowded camps, the refugees started to realize that they were unwelcome in the host countries that had offered to help. Told here are the stories of those whose hope survived against all odds.

Bag of Marbles by Joseph Joffo

Jewish brothers Maurice and Joseph are playing marbles when Nazi forces roll into town. Soon, the brothers find themselves putting on a disguise and fleeing for safer lands. The harrowing journey will test every ounce of their courage. *Note: contains some minor profanities.

Survivors of the Holocaust: True Stories of Six Extraordinary Children by Kath Shackleton

Six amazing true stories of children who survived Hitler’s attempts to wipe them out. Some of them endured unspeakable horrors in the concentration camps, others had to hide from Nazi soldiers, and still others stayed in bomb shelters while shrapnel flew overhead. Each story is told in only a few pages, so this novel is good for readers with short attention spans.

Rise: The Story of the Egyptian Revolution As Written Shortly Before it Began by Tarek Shahin

Written in comic-strip style, this graphic novel takes an insider’s look at the prominent figures and political rumblings that led to the eventual end of the Mubarak regime. (Grades 8+)

Translated from its original Japanese, this graphic novel will sweep readers back to 1945. When the atomic bomb falls on Hiroshima and devastates the land, our narrator is standing right by his school. The sturdy walls are the only reason he survives the blast. His family was not so lucky as they were inside when their house crumbled beneath them. In an instant, the world as Keiji knows it is changed forever. 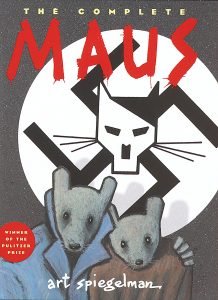 A Jewish father and son are trying to survive under the murderous rule of the Nazis. The cat and mouse game that ensues is one of unbelievable survival against unbeatable odds. In a parallel story, the author explores his now-strained relationship with his elderly father. This excellent, award winning graphic novel is one that will stay with you long after you turn the last page. (Grades 8+)

The shadow of the Iron Curtain envelops 1979 Poland with no sign of leaving anytime soon. Marzi, the daughter of a dairy farmer and a factory worker, is discovering that childhood will not shield her from the harsh politics of the day.

Iran’s corrupt election in 2009 led to the disappearance of young Medhi, whose mother and brother begin a tireless search for the lost man.

The first installment in a graphic novel trilogy that champions the civil rights movement. The trilogy chronicles the life of the author, John Lewis, beginning with his childhood in Alabama’s farm country, moving to his inspirational meet up with Martin Luther King Jr., and his subsequent joining with the Nashville Student Movement.

Persepolis: The Story of a Childhood by Marjane Satrapi

Tehran’s fiery political climate does not escape the open eyes and ears of little Marjane. Growing up in Iran under government oppression, Marjane struggles to reconcile the conflicting messages she receives daily from all sides. But when the Islamic revolution finally sweeps onto the stage, little Marjane sees even more change on the horizon.