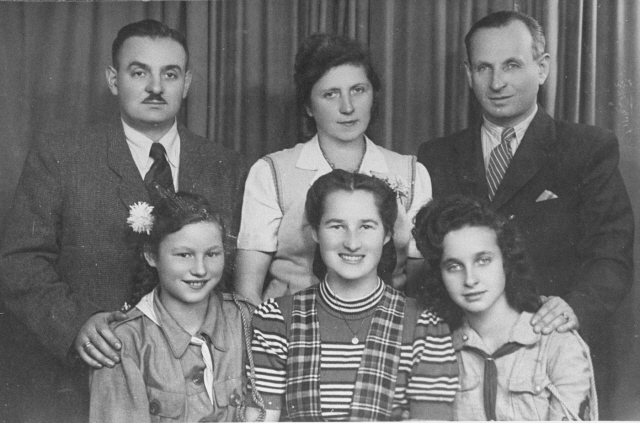 Stefania (otherwise known as Fusia) Podgorska was born in Poland on a farm to a good Catholic family. After her father died early in her childhood, her mother was left to raise seven children alone.

In 1939, she moved in with her sister in Pryzemysl, Poland. At the time, she was 14. She found a job at a grocery store run by a Jewish family, the Diamants. When the Germans invaded and occupied the town two years later, she moved in with them.
All roads were blocked, so to Stefania’s despair, she could not go home to see if her family was okay. Months later, when she finally left the Diamants, she rushed home, only to find out her mother and brother had been taken to Germany as slave laborers. Her terrified 6 year-old sister, Helene, was staying with neighbors. Stefania and her sister stayed in their home comfortably. 1942 brought news of the liquidation of the ghetto and Stefania desperately wanted to help her friends. At the time, she was helping trade the Diamants’ valuables for food.
Time passed. Stefania heard a knock on the door, and in came a strange man – crying and bleeding terribly. It was the son of the Diamants, Max. He had frantically jumped out of a cattle car headed to the concentration camp Belzec, with only a loaf of bread underneath his shirt cushioning his fall. He had gone to multiple non-Jewish friends, but none would help him. Max begged Stefania to hid him, and Stefania readily agreed. Helene, although a bit uncertain at first, agreed to keep the secret.
Stefania planned to hide him for the night, but a night soon turned into days and days quickly turned into weeks. As anyone, Max had friends and family he was desperate to save. Much to Stefania’s distress,  Max promised his brother’s fiance that Stefania would hide them. Those people began telling others that Stefania would hide them, and those people told “just one or two” others. Stefania began praying, looking for a bigger house. Her search led to renting a large cottage with two rooms, a large kitchen, and a large attic. Max built a fake wall in the attic, concealing the Jews. When someone looked in the attic, they would see the fake wall. Pretty soon, Stefania and Helene had thirteen Jews hidden in the upstairs attic.
The most notable part of Stefania’s story was one of the rescues. Stefania was hiding two Jewish children, and the children’s fathers bribed a postman to help them escape from the ghetto and take them to Stefania’s house. A few minutes after they were supposed to be there, two Polish police officers and two German police officers surrounded her house! Stefania and Max anxiously awaited for three hours before Stefania decided to ask them what they were doing.
The officers wouldn’t tell her, but Stefania was firm and undaunted. They finally told her they had a tip that two Jews were going to escape the ghetto, but they didn’t believe it. “Orders are orders,” one of them said. Stefania went to a church to pray. When she went back to her house, it was a different ambiance. The policemen were gone, and a few minutes later the postman arrived. Relief flooded everyone, and the postman told his story – he had gotten lost!
On a strict rationing system, Stefania quickly realized feeding thirteen extra people would be a challenge. The main way to get food was through the black market, but you needed money or valuables. After much persistence, Stefania received a job at a German factory.
One day, a German officer came to Stefania’s door and decided to convert the place into a German hospital. She had only two hours to pack up her things and leave. She prayed, and a voice told her to stay, that everything would turn out alright in the end. Like clockwork, the German came and told her she wouldn’t have to move. However, they were going to take over half of her cottage. Stefania faced dilemmas and angst on a daily basis. The hidden Jews had to be extremely quiet because the walls were very thin.
Spring came and the Russians began bombing their town. The Germans fled her house in fear of being caught or bombed. Nurses urged her to come, but Stefania bravely refused. At last, on July 27, 1944, they were free at last.
After two and a half years in the attic, all thirteen of the Jewish people Stefania hid had survived the war. After the war, Max asked Stefania to marry him and to his delight, she said yes. Max changed his name to Josef and the couple later moved to America. Max/Josef became a dentist. Helene became a physician and she still lives in Poland. In 1979, Stefania and Helene were awarded the title Righteous Among the Nations by Yad Vashem. According to a thorough research, Stefania is still alive – living in California. Her story is featured in the movie Hidden in Silence, which is free on Amazon Prime. (The movie is very clean; the only part you may want to skip is towards the end; two Germans more or less making out. Language was pretty clean, and violence was very minimal.) The movie seems to be accurate, from how Stefania broke up with her boyfriend to the lady running out screaming because of typhus fever. I first heard about Stefania’s story in the book Women Heroes of World War II by Kathryn Atwood, which was also a favorite of mine!