Constructed in 1889 for the World’s Fair by Gustave Eiffel, the tower by the same name stands over 1,000 feet tall along the Champ de Mans in Paris, France. It is the second tallest structure in the world and the tourist destination for hundreds of thousands of visitors each year. It boasts three levels; the lower two are restaurants and the uppermost level is an observation deck that allows for a spectacular view of the city.

Try these art projects inspired by the Eiffel Tower:

Then, read more about the Eiffel Tower:

Paul Cézanne was a nineteenth-century artist best known for painting in the post-impressionistic style. He developed a love for painting at a young age, but was discouraged from pursuing artistry as a career by his banker father. He attended university for a time before returning to his first love, art.

Cezanne’s over 900 oil paintings and 400 watercolor paintings were influenced by artists such as Rembrandt, Pissarro, and van Gogh. Although Cezanne didn’t believe he had any real talent, others disagreed and he is regarded as one of the fathers of modern art. Picasso gives him credit for influencing his own style.

Claude Monet was a French impressionist painter who developed the style. At age 11 he entered into a secondary school for the arts, where he became known among his peers for his charcoal caricatures. He studied under Eugene Boudin who introduced him to the world of oil paints. Monet began to sit near windows to draw exactly what he saw, and his talent began to develop rapidly. After a brief stint in the army, he began to use quick brushstrokes and broken color, creating the style known today as Impressionism.

Henri Matisse wasn’t interested in art until a problem with appendicitis left him bedridden for a time, giving him the motivation to begin to express himself in new ways. His work changed and grew as he attended various schools of art until he combined his learning into a brand new style called Fauvism. This signature style of Matisse’s uses bright colors of paint to create an explosion of color on the page.

Edgar Degas was born into a family that pressured him to grow to become a lawyer, but he preferred to paint and chose to make that his career instead. He enjoyed painting everyday objects and people, and was often considered an impressionist because of this. He was inspired to make artwork of entertainers, and was especially fascinated by the grace and power of ballerinas.

Claude Debussy was a French composer whose unique style of music was renowned as the musical version of the impressionist paintings of the time.

Born into poverty, he was eventually whisked away to play duets by a Russian millionaire, who gave him travel opportunities beyond what he could have ever experienced otherwise. He was offered a period of three years in Rome to devote completely to his music, but after some time he grew tired of life in the city and left. His music was so original in that it often employs both the whole tone and pentatonic scales.

Here are three of his most famous songs:

Although originally from Poland, Marie Curie was a naturalized French citizen and known for her discoveries while in France. Marie was known for her work with radioactivity. She discovered two elements, polonium and radium. For her work, she was awarded two Nobel Prizes: one in Physics and one in Chemistry. She was the first woman to win a Nobel Prize, and the only woman to have won two!

Louis Pasteur was a French chemist and microbiologist who made several notable discoveries during his lifetime. He discovered that bacteria do not just spontaneously appear, but rather are living things that come from other living things.

This insight into how germs work allowed him to develop the process known today as ‘pasteurization’, the process by which food and drink is able to be safely consumed for a longer than normal period of time. Pasteur also developed the first vaccine, wherein a weak strain of bacteria was injected into humans and animals to give them immunity to disease without the danger of contracting it. Pasteur’s discoveries about microbes and diseases left an irreplaceable legacy on the scientific community and the world.

In the summer, make this popular French breakfast dish made with eggs and a variety of fresh vegetables.

Made popular by the Disney movie, ratatouille is actually a real dish! It’s not as complicated as it looks. If Remy can make it, so can you! 😉

You will be reaching for seconds of this delicious combination of thinly-sliced potatoes, cream, cheese, and butter. A savory French classic.

You will be sure to enjoy this creamy chicken and onion dish paired with fluffy pastry.

This classic French dessert looks fancy but is delightfully easy to make! A delectable dessert to satisfy all year round.

A French must-eat! These thin pancakes are perfect for topping with berries, syrup, powdered sugar, or even nutella!

Remy, a rat with a dream of working in the culinary arts, knows that he and his kind are quite unwelcome in the restaurant industry. After moving to Paris, Remy starts to develop his talent with the help of a garbage boy named Linguini. But when Remy’s identity is no longer secret, his success and future are threatened.

During WWI, an American soldier finds a stray terrier and the two become fast friends. Together, Sergeant Stubby and his soldier fight to stay alive in the trenches of France. Contains themes of courage, perseverance, and the power of friendship.

A young boy attending a Roman Catholic boarding school witnesses the Gestapo entering the building and forcibly removing three Jewish students and a teacher. The group is taken to Auschwitz and the school is left to deal with the aftermath.

In this French masterpiece made all the more poignant for being nearly wordless, a young boy finds a red balloon that stays with him everywhere he goes. The balloon, seemingly with a mind of its own, follows the boy to school, church, and home. After an encounter with a pack of bullies, the balloon is smashed to bits and some more balloons must come to his aid.

A Monster in Paris

Two unlikely heroes find themselves tasked with convincing the people of their city to look past the physical and into the heart when a ‘monster’ arrives in town. Viewers will also get a taste of France as many notable landmarks and sights appear throughout.

The Hunchback of Notre Dame

Quasimodo, a physically deformed but kind-hearted man, is left to grow up in the Notre Dame Cathedral. He doesn’t leave his stony prison until friends encourage him to attend a festival. At the festival, he gets into some trouble and is rescued by the beautiful and mysterious gypsy Esmerelda. Later, Quasimodo has the opportunity to return the favor when Esmerelda is in need, and the two develop a friendship that gives Quasimodo the confidence to live a life of adventure.

The War of the Buttons

While WWII rages on in the background, two rival gangs of children take up fisticuffs against each other, asserting dominance by taking all of the buttons of the other group after a win. Eventually, the two gangs come to a point of tenuous peace and friendship.

As you’re learning about France, check out this France interactive notebook! Compile your favorite facts about France including the art, history, landmarks, and people. Grab it at my store or on Teachers Pay Teachers. 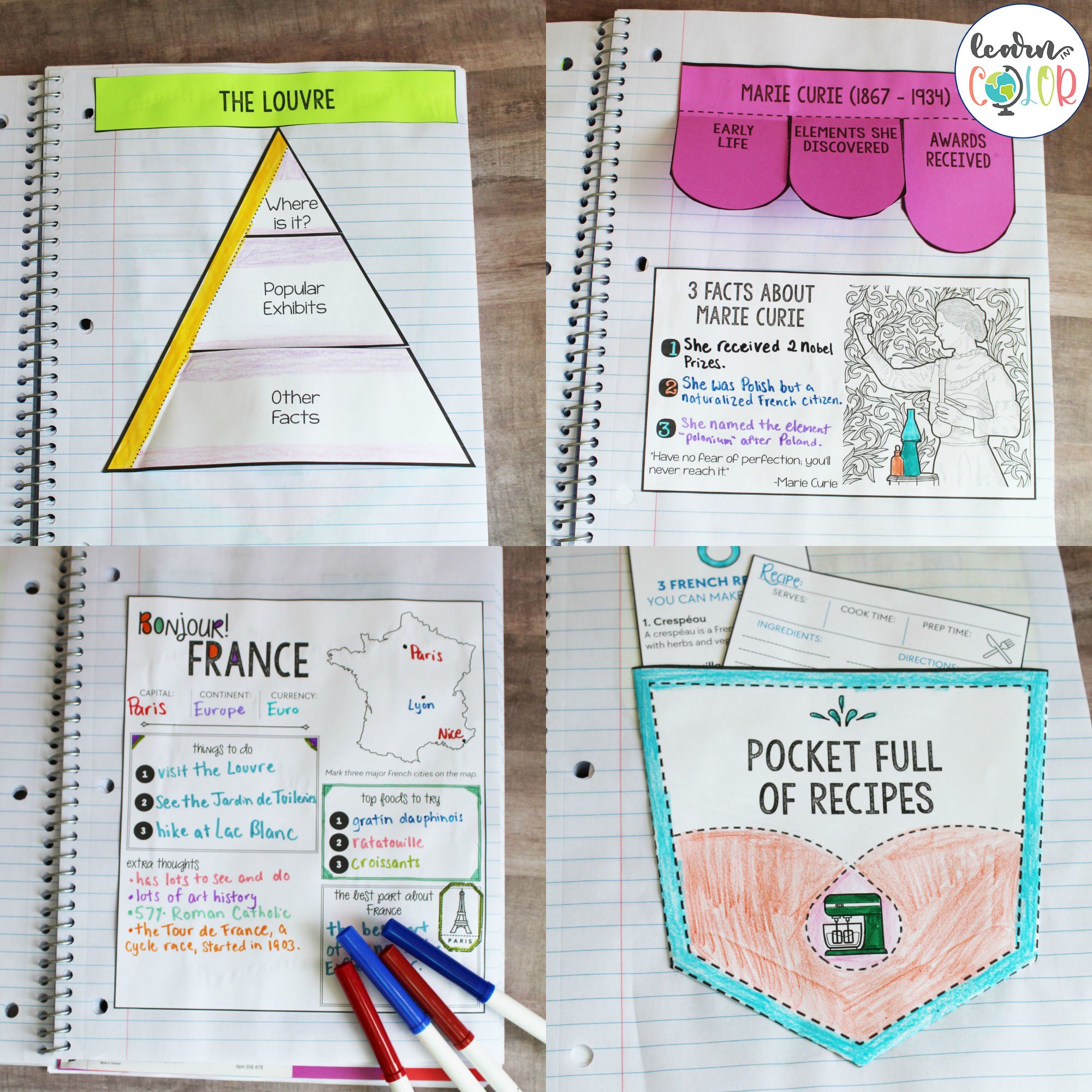 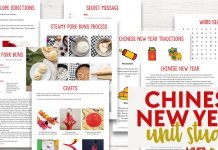 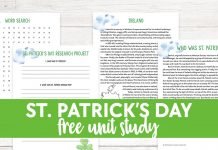