The fairy tales you know and love…with a twist! Enjoy this fantasy list of fractured fairy tales for teens. 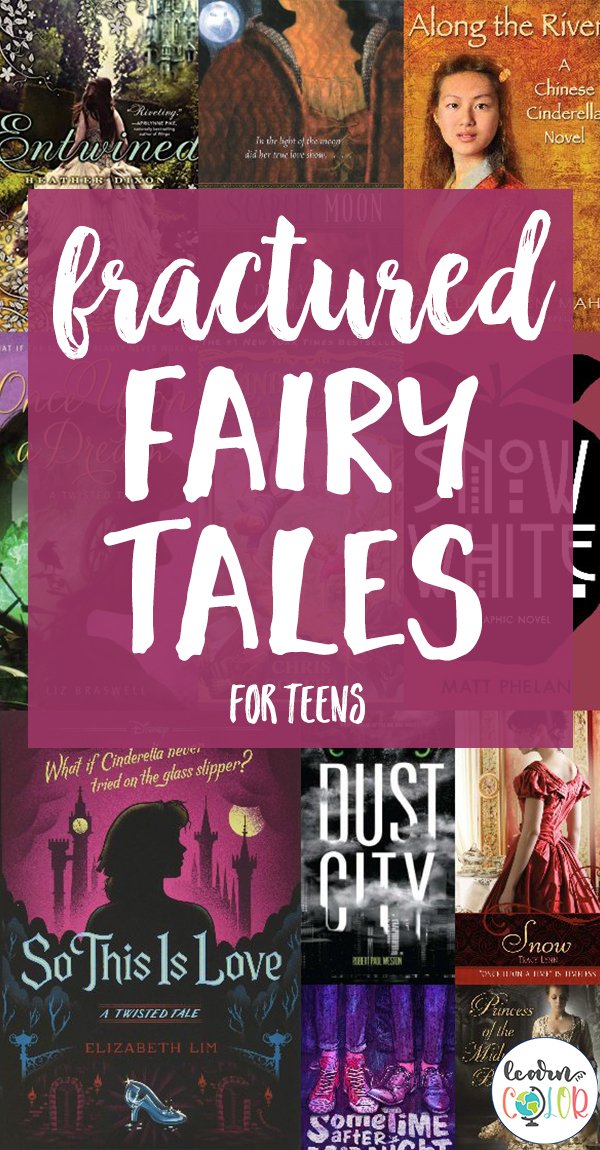 I read Once Upon a Dream, a twist on Sleeping Beauty. I thought it was better than what some of the harsh reviews say (a bunch of people have it labeled DNF, did not finish). The other books in the series include Frozen, Aladdin, Mulan, Cinderella, and Alice in Wonderland.

Azalea feels lost when the world as she knew it comes crashing down around her. She finds her only solace in the Keeper, a mysterious man who assures her he understands her plight. He offers Azalea and her eleven sisters the chance of a lifetime, the opportunity to escape each night into his enchanted forest, and Azalea gratefully accepts. Only when it’s too late does she realize she may be too far entangled in the Keeper’s grasp. 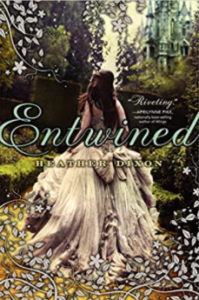 Land of Stories by Chris Colfer

This book series stars twins Alex and Connor, who constantly find themselves cast as characters in new adventures but familiar storylines as the books they grew up reading come to life. They were meant for middle school students, but I enjoyed this series and find them entertaining.

Dolce is used to being an outcast, so instead of venturing out she spends her days making mirrors and hiding away from the world. But one day, she meets Marin, a widower with a kind spirit who sees and appreciates the beauty within her heart. Dolce continues to make mirrors, not understanding that by doing so she is endangering not only herself but also the man she has grown to love.

Sometime After Midnight by L. Philips

When Nate and Cameron first meet, sparks fly. But when Nate learns who Cameron’s father is, he’s out of there as quick as can be. Cameron’s sister posts a picture of his shoes to social media, hoping to help Cameron find the boy of her dreams again. But is happily ever after really in the cards for these two?

This graphic novel stars Snow White as you’ve never seen her before: a New Yorker Depression-era teen with an evil stepmother, a Wall Street-savvy father, and seven street urchins friends. 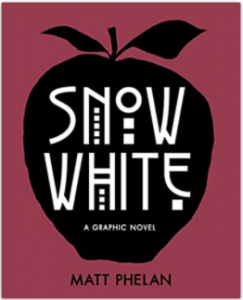 Never Ever by Sara Saedi

Wylie is at a party the night before her brother is to be imprisoned at a juvenile center. There she meets a fun-loving boy named Phinn who teaches her how to fly and charms her with his playful spirit. He takes Wylie and her brothers to an island far away where no one ever ages and life is a constant party. Soon, however, Wylie begins to discover some truths about the island and realizes someone has been lying to her all along.

Through a Tangled Wood by Jamie Campbell

A collection of familiar fairy tales with a fractured twist that brings them to life in brand new ways. Includes Beauty and the Beast, Hansel and Gretel, the Ugly Duckling, and more.

The backstory of evil Queen Levana comes to life in this prequel novel to the Lunar Chronicles. Here readers will discover an enchanting story of war and peace, love and death, all wrapped into one.

Princess of the Midnight Ball by Jessica Day George

Every night, Rose and eleven other girls are condemned to dancing the whole night through in an underground mansion. They discover the keys to breaking the curse once and for all: magic knitting needles, an invisibility cloak, and sweet, true love. Together they work to break the spell cast over them before it’s too late. 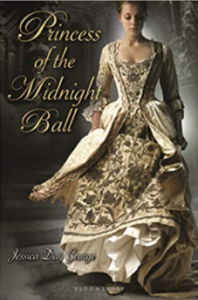 The Moth in the Mirror by A.G. Howard

A twist on the familiar Alice in Wonderland story that highlights the stranger and creepier aspects of the tale.

An evil aunt places a curse on a young girl that promises to go into effect on the day of her 16th birthday. Beauty narrowly escapes some tragic circumstances, but soon finds herself caught in a web between fantastical forces of good and evil.

After her mother’s death many years ago, Jessica and her father have lived comfortably together in their home. But when he finally decides to remarry, Jessica realizes that her time of independence has come to an end and that her new stepmother is out for blood. Escaping to London, Jessica changes her name to Snow and finds a ragtag group that takes her in and accepts her as she is. But when her stepmother tracks her down and claims to have changed, who will she believe? Who can she trust?

A Curse as Dark as Gold by Elizabeth Bunce

Charlotte Miller knows that she will do whatever it takes to bring security to her family, even if it means making a bargain with Jack Spinner and trading for his mysterious gold thread. Charlotte soon finds that the thread might be more trouble than it’s worth–and Jack proves that he cares very little for the damage his trade has caused.

Along the River by Adeline Yen Mah

In this Chinese Cinderella story, CC takes a fall and must go to the hospital. While floating in and out of consciousness, CC finds herself transported back to the Song dynasty, where she is the daughter of a wealthy man who wields a lot of influence. Despite her efforts to the contrary, CC finds herself falling for a poor boy, one of whom her family will certainly not approve. 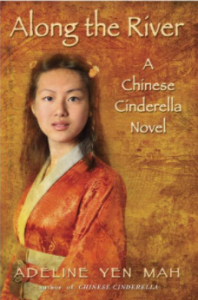 The Swan Maiden by Heather Tomlinson

Doucette is resigned to doing all the manual labor around the castle while her older sisters learn the art of magic. More than anything else, she wishes she could fly, but she knows this dream is impossible. So when suddenly, Doucette finds herself able to do what she has always wanted, she is elated. Little does she know that her newfound gift will come at a price.

Cara has always been ugly, a fact even her parents admit to. Relentless teasing at school has left her wanting to go into hiding. One day, Cara receives a mysterious note that implies she has an incredible secret within her. Soon she finds herself in magical place where ugly ducklings really can become swans, but with dangerous side effects.

Years ago, Ruth’s grandmother was forced to live in the forest, far away from the town of people who thought that her love for nature and the stars was evil. Ruth continues to learn from her grandmother with each visit to the home in the woods. Soon, however, she meets a man with a hot temper and a troubled past. With him comes a huge decision to make.

Teen wolf Henry has been ashamed of his father for as long as his prison sentence, the sentence he got for the murder of Little Red Riding Hood. Now Henry is beginning to wonder if his father was framed and the whole thing was a set up from the start. With the help of his friends Jack and Fiona, Henry ventures into the dangerous Dust City to uncover the truth. 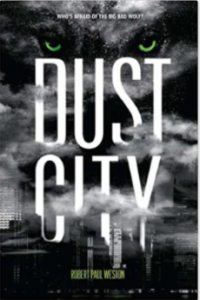 Isabelle is no Cinderella, and she knows it. She’s always been the stepsister, the one changing herself to fit in and gain the approval of others. Ugliness, just like beauty, is all in the eye of the beholder, and Isabelle is ready to become who she was always meant to be.

Isabelle and her mother, Marien, live a quiet and sheltered life inside the walls of a convent. When Isabelle sides with some poor villagers in a dispute, she becomes the target of Wolf, evil King John’s advisor. Desperate, Marien helps Isabelle sneak out to find Robin Hood, the only one who will be able to help them.

How to Fracture a Fairy Tale by Jane Yolen

This collection of familiar stories with a twist is sure to delight. A bridge without a troll beneath, a big bad wolf, now elderly, missing the days before retirement, a person able to create gold from straw accused of profiting off the poor. Each story also contains an original poem. 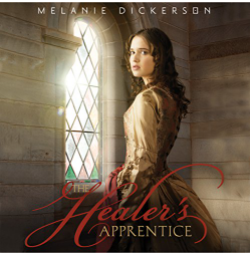