Finding Nemo is one of my favorite movies! From Australia to ocean life, dive into learning with a Finding Nemo unit study! 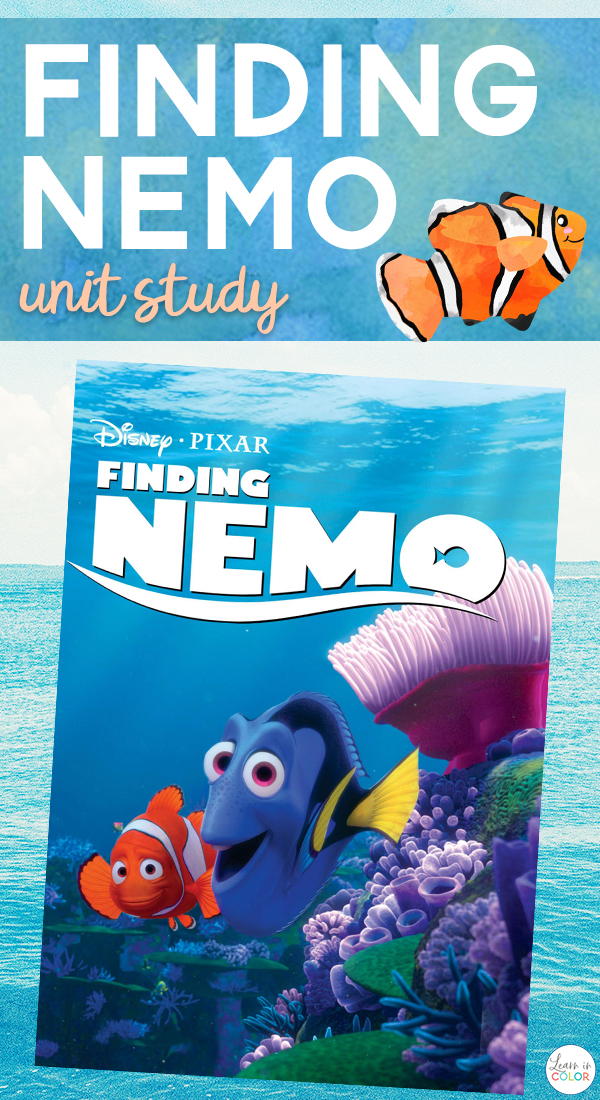 Finding Nemo is one of my favorite movies! In this classic Disney Pixar movie, clownfish Marlin is a good but overprotective father to Nemo. When Nemo is kidnapped by a diver, Marlin braves the oceans in search of his son.

Use Finding Nemo as a springboard for so many different discussion and research topics. Here are a few examples to get you started!

Diary of a Wombat by Jackie French

Over in Australia by Marianne Berkes

D is for Down Under by Devin Scillian

A Kid’s Guide to Australia by Jack Roberts

Nemo and Marlin are clownfish. As we explore their journey, we come across a variety of sea animals including:

Fish: Discover the Amazing World of Fish How They Evolved, How They Live, and their We (DK)

The Ultimate Book of Sharks by Brian Skerry (National Geographic)

Finding Nemo has such a sweet storyline, but one of the reasons it is set apart from other movies is the beautiful, incredible animation of the oceans. Use the movie as a springboard for learning about the oceans!

Want an easy guide to go along with the movie? Grab the Finding Nemo movie study at my store or Teachers Pay Teachers! 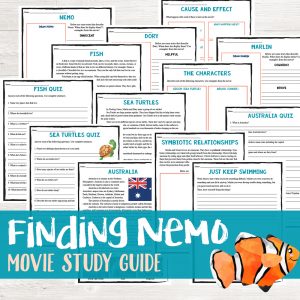 Get more inspiration for teaching with movies with this G-Rated Movie Night Packet!

Learn about the Incas with Kuzco and The Emperor’s New Groove or China with Mulan. 🙂