I finally caved and have my subscription to Disney Plus! There’s such a good variety of content, from classic Disney movies to old favorites you forgot existed – there’s so much for everyone.

Educational Movies on Disney Plus

Here are a variety of my favorite educational movies that are on Disney Plus!

The Sound of Music – G

Maria is a young nun who takes on the task of becoming the governess of seven children. It is set in the 1930s in Austria and is both a compelling story and an introduction to pre-WWII Europe. This classic movie is one of my family’s favorites. It has a great cast, catchy soundtrack, and memorable lessons. Grab The Sound of Music movie study at my shop or Teachers Pay Teachers. 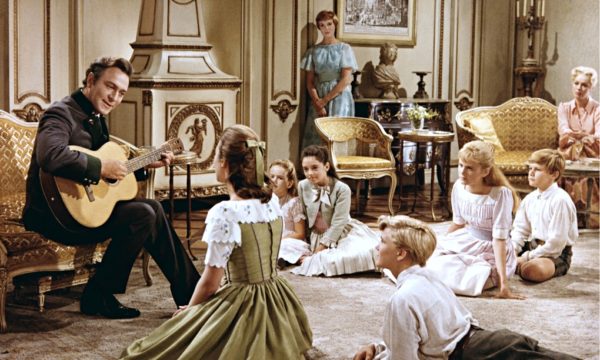 In the classic starring Denzel Washington, a football coach works to integrate a high school. It would most likely be best for ages 10+. Remember the Titans is known as one of the best football movies of all time and for a good reason.

Phiona Mutesi was living in the slums of Uganda when she first learns to play chess. Her chess skills took her to the World Chess Olympiad. Phiona’s chess abilities help her secure financial stability and help lift her family out of poverty.

The Journey of Natty Gan – PG

America is in the middle of the Great Depression in the story of Natty Gan, who goes looking for her father.

Partially inspired by Lois Lowry’s Number the Stars, Miracle at Midnight tells the selfless story of how one Danish family strives to help their Jewish neighbors. During the Holocaust, Denmark’s citizens worked together and rescued over 97% of their Jewish population. The rating is equivalent to PG-13 and you will want to preview it before showing kiddos under 10.

I think Valiant is the only fictional animated movie I’ve seen with facts at the end! Valiant is a quirky film that brings light to the role of messenger pigeons during WWII. In this film, a small messenger pigeon, Valiant, must find a message in occupied France. It is rated G, but feels more PG with some potty humor and minor violence (there is no actual mention of Nazis, although the bad guy may be scary to sensitive kiddos). Grab the Valiant movie study at my shop or Teachers Pay Teachers.

The Color of Friendship – G

This Disney Channel Original Movie set in the 1970s is a great introduction to apartheid in South Africa, friendship, and tolerance. When African-American Piper and her family host a student from South Africa, they’re shocked when she turns out to be white.

Newsies is one of my favorite old Disney movies! It tells the story of the Newsboys strike in 1899 against unfair price hikes. Although the strike wasn’t a huge success in real life, this movie is a fun introduction to unions, strikes, and child labor in the late 1800s. Grab the Newsies movie study at my shop or Teachers Pay Teachers.

National Geographic has a series of documentaries about various animals in the animal kingdom.

Nemo is a clownfish living in the ocean with his overprotective father. When Nemo is kidnapped by a diver, his father goes on a race to find Nemo. I love everything about Nemo, and it’s a great movie for the whole family. Use it as an introduction to clownfish, sea life, and Australia. Grab the Finding Nemo movie study at my shop or Teachers Pay Teachers.