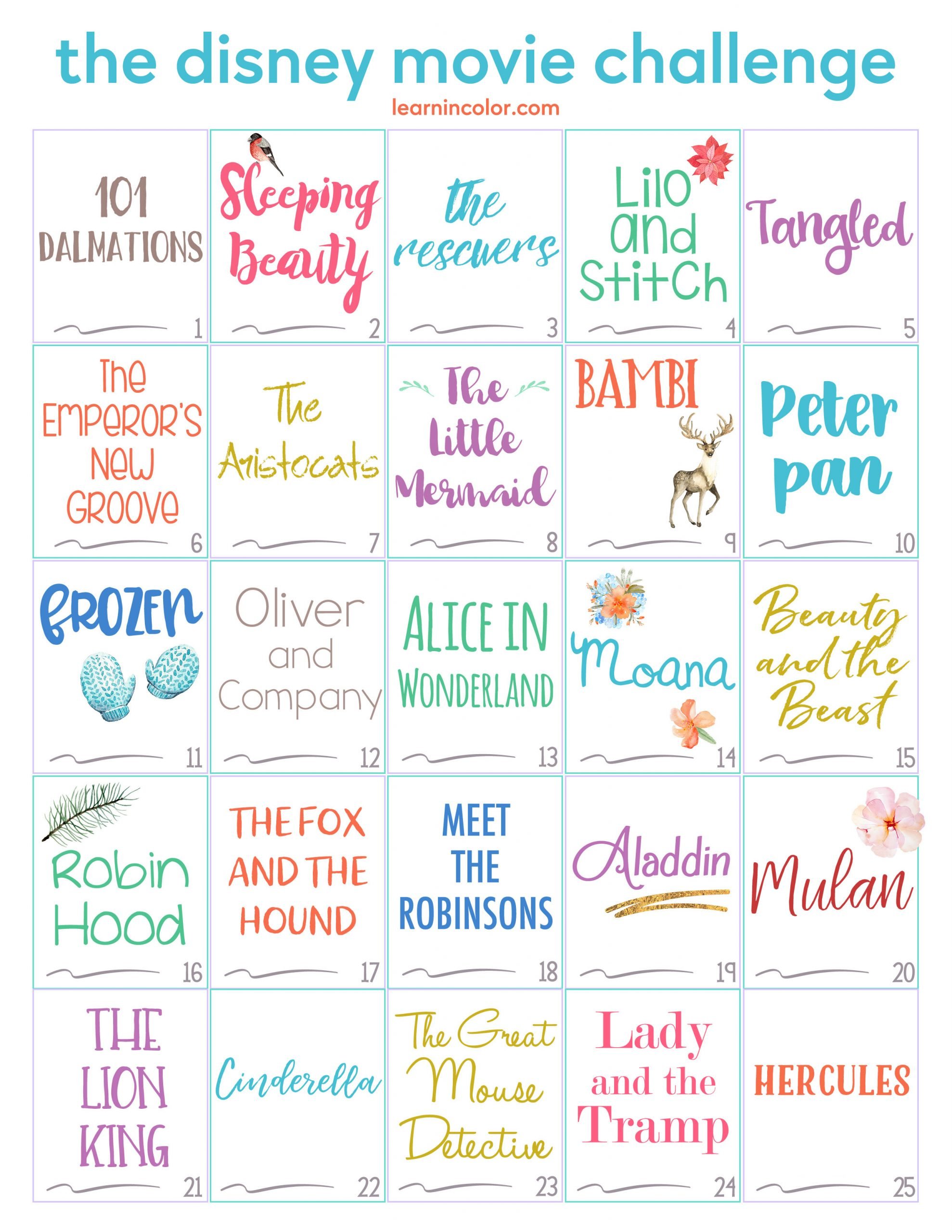 What are your favorite classic Disney movies? There are so many good ones out there! Disney movies are filled with great lessons and themes, plus unforgettable stories and characters we all grew up with. Here are 25 of my favorite animated Disney classics, excluding the Disney Pixar ones. Take a trip back memory lane and watch them all this Christmas!

Cruella de Vil is at it again – kidnapping dalmatians for their fur! In this classic story, two dalmatians head out to try to rescue their pups.

Sleeping Beauty is one of my favorite Disney princesses! The story is classic and remains a favorite. When Aurora is put under a curse after she is born, three fairies and a princess aim to rescue the beautiful princess from a deep sleep.

Bianca and Bernard, part of the mice-ran Rescue Aid Society, aim to save a little orphan girl. The Rescuers proves that heroes come in all shapes and sizes!

Celebrate family with this Disney flick set on the lush Hawaiian islands.

Rapunzel isn’t quite like your typical Disney princess! When Flynn Rider breaks into her tower, she takes matters into her own hands. Together, she is determined to find the floating lights and learn more about her past.

Kuzco will forever remain one of my favorite Disney characters. It’s filled with so many feel-good lessons, characters, and catchy songs.

Everybody wants to be a cat! Seriously, what’s not to love about a movie called the aristocats?

Am I the only one who would love to be a mermaid?

Disney movies are often coming-of-age stories, and the story of Bambi, a young deer is no exception.

You don’t have to be a kid to enjoy Peter Pan and his eternal childhood again.

On her coronation, Elsa, the snow queen, accidentally sets her kingdom off into an eternal winter. (You’ve probably seen this one a hundred million times if you’re around kids often.)

Inspired by Charles Dickens’ novel, Oliver and Company tells the story of a young cat abandoned on the streets of New York City.

This quirky fantasy flick has a long list of “curiouser and curiouser” characters, from the Cheshire Cat to the Mad Hatter.

Moana, a Polynesian girl, sails on a dangerous mission to rescue her people in this modern new film that will definitely join the classics.

15. Beauty and the Beast

Tale as old as time in this old, beautiful classic with beautiful visuals and sidetrack.

With a catchy soundtrack, Disney does a great job of retelling the classic legend of Robin Hood.

Todd, a fox, and Copper, a hound dog, prove that two animals can be friends, despite their differences and traditionally being “enemies.”

Many Disney movies are based on legends and folktales centuries old. Meet the Robinsons is set into the future with one poignant lesson: keep moving forward.

Based on the Arabian folktales One Thousand and One Nights, this tale of a genie and his three wishes has been watch hundreds of times in our house.

Being Chinese, Mulan is often quoted in our family. It really does have a lot of great quotable lines. Mulan doesn’t take nonsense, sticks up for himself, and knows how to kick-butt.

The Lion King is a great reminder of how fun family dynamics can be.

Go back and watch the original Cinderella movie, a rags to riches tale that has been redone dozens of times.

Meet the Sherlock Holmes of the mouse world, Basil of Baker Street and his sidekick Dawson. They go on a mission against their arch enemy, Professor Ratigan!

Despite their different backgrounds, two dogs fall in love. Of course, it’s done in a sophisticated Disney style, making it one of the best Disney love stories.

Based on Charles Dickens’ classic, A Christmas Carol is a must watch (and a must read) story for all.

A few other Disney favorites I didn’t mention: