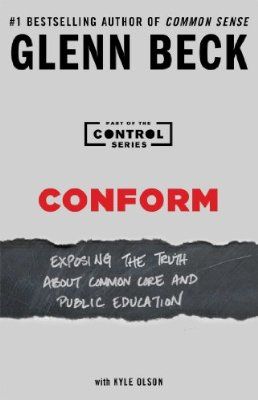 CONFORM by Glenn Beck really does what the education industry what Food Inc. did for the food industry – completely exposes everything.  It definitely is eye-opening, and is packed with a lot of helpful information dealing with everything from teacher unions, Michelle Obama’s school lunches, the new sex ed in schools, and of course, Common Core. Beck brought up a lot of great points and got me thinking about a lot of topics.
The beginning opens up with teacher unions; how they discourage good teachers and protect bad ones. The middle – about Common Core – was very interesting. I do wish he would have gone more in-depth, but then again, it was written in 2012 – 2014 has brought a lot of new interesting Common Core facts. His chapter on Michelle’s school lunches was my favorite and it brought up a lot of things I hadn’t thought about before. The Obama’s (aka government) control school lunches. About 75% of American kids are on subsidized or free school lunches. Who’s paying for those? The government. And obviously, who pays the most gets to pick. It’s not about healthy eating; eating healthy is great. It’s about the control. On NBC News recently, public schools have also talked about serving dinner as well. Just more control and dependence on the government – one of the worst things you can have. Beck did a fantastic job with this subject. I have to admit, the very beginning was borderline boring, and the end, on charter schools, was pretty dry, so I would recommend skipping these parts.
The book talks about dumbed-down standards compared to both overseas peers and standards 50 years ago, and defeats Common Core advocates’ main arguments one by one, and advocates homeschooling. The other area in which I think he could have added more is to the solution to Common Core. Common Core truly is dumbing down America, and unfortunately many teachers either blindly agree, or are against it and just discouraged. It’s kind of hard to fight alone with what seems the whole world against you. I know a few discouraged teachers; the only reason they keep teaching is because of their love of teaching. Kudos to those teachers!! Knowledge makes a man unfit to be a slave. This book is full of great knowledge, and what I appreciated most is Beck telling readers not to just take his word for it; research it yourself, and take action!
—
Some people scare me. I recently walked into our local high school (gasp) for an AP test and the teacher giving me and one other girl the test really scared me. I understand protocol, standardized and rules, yadda yadda. But the way she told me those rules greatly disturbed me. She was a robot. She would never have even thought of disobeying these rules, no matter how absurd. She told us she had to read from this book word-for-word. I think if the book would have told her to murder someone she would have done it. 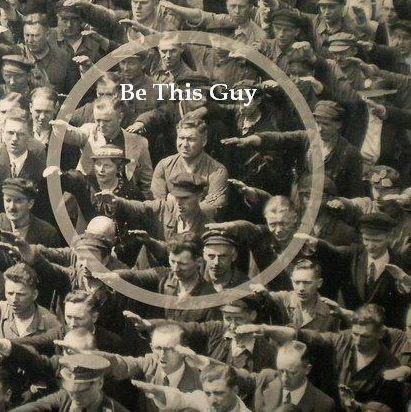 And darn you, Glenn Beck. I was planning on writing a book and “Conform” was the title! 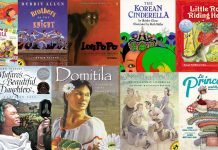 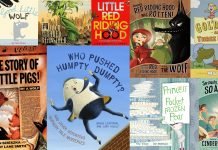