Learn more about the causes of the Cold War through these historical fiction and non-fiction Cold War books for kids.

The House of One Thousand Eyes by Michelle Barker

After losing her parents, teenager Lena moves in with her aunt, an East Berliner who visits with her brother (Lena’s uncle) once a week. When Lena’s uncle disappears, Lena goes looking for answers. She doesn’t know who to trust and as she tries to discover the truth and escape the watchful eye of the government spies, she encounters danger and uncovers a sinister plot along the way. Recommended for grades 10 and up because of some mature themes. 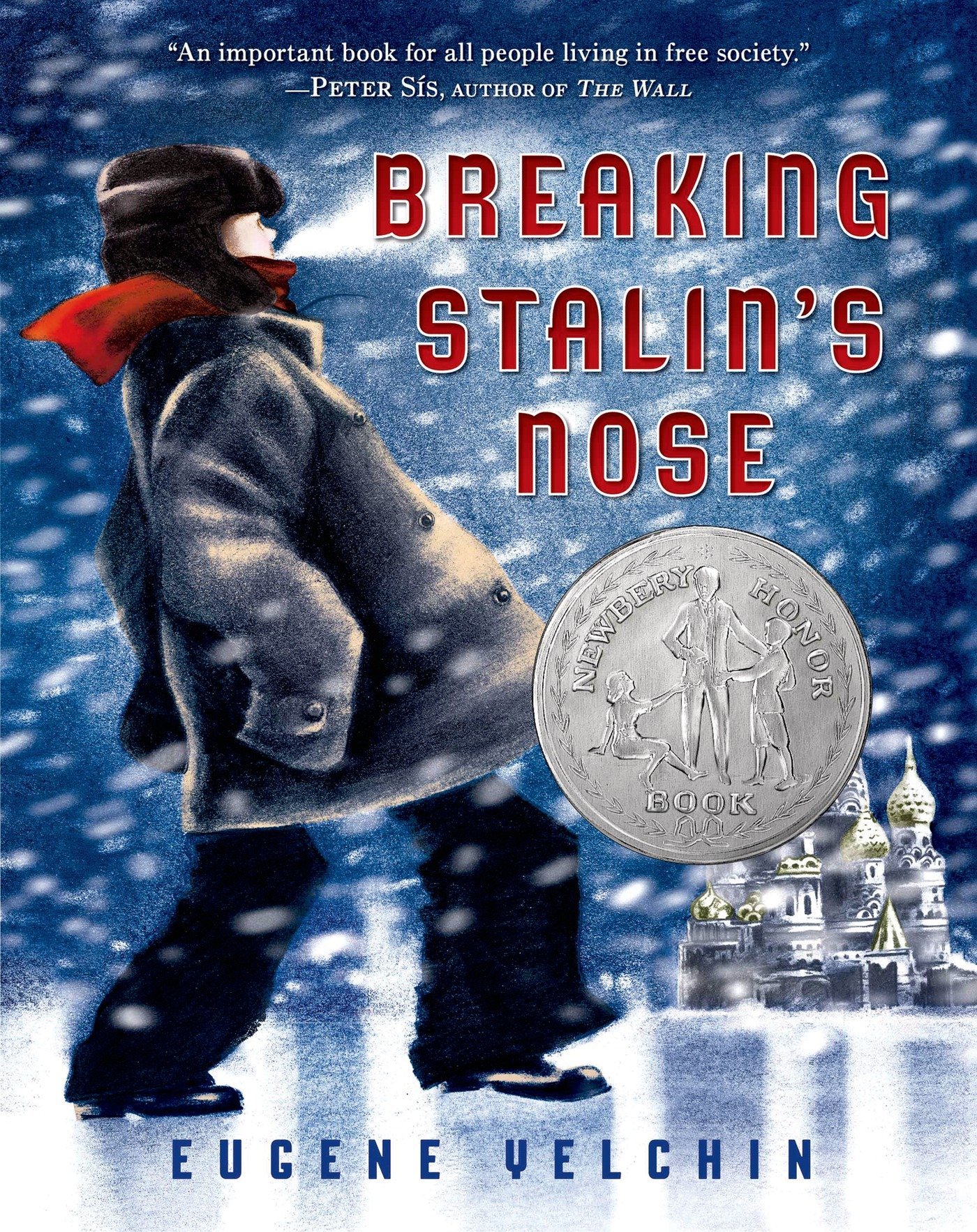 Sasha, a member of the Communist Party’s Young Pioneers, is utterly devoted to the party of his home country of Russia. But he starts to become confused when his father, a high-ranking police spy for the Party, is arrested on a false tip. After accidentally breaking the nose of a Stalin statue at his school, Sasha is given the chance to denounce his father and spy on his classmates to regain good standing in the eyes of the government. He refuses, and embarks on a journey to find his father in prison, contemplating his disillusionment along the way.

In 1953 in the United States, people are being accused left and right of being supporters of communist ideals. Young Richard meets a new neighbor boy from Czechoslovakia who has the potential to be a friend, but people in town are becoming suspicious of the new family on the block. In this young adult novel, Richard struggles to find the balance between loyalty to his country and friendship. He doesn’t think the two can align in this case and he isn’t sure what to do next.

Franny thinks the world might be going crazy. At least her world is. The president has alerted the United States that the Russian government is sending nuclear missiles to Cuba and her class at school has to practice bomb drills to be prepared. In addition to that, her uncle keeps talking about war and her sister has disappeared. With all of this going on, what is next for Franny and will she be ready for what lies ahead?

It’s 1962, and Scott’s survivalist dad is prepared in case a bomb falls on their quiet little town. The neighbors think the bunker is ridiculous, but when a bomb does shake the streets, they are the first to go inside, leaving little space for Scott and his family. Everyone is afraid to stay in the cramped and dirty conditions for too long, but they are even more afraid of what will happen if they open the door. 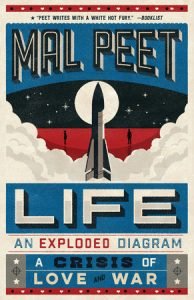 Suggested for grades 9 and up, this novel explores life and young love across the classes in the time of the Cold War when people lived in fear of tomorrow. It also explores the parallels of Clem and Frankie’s time with that of Clem’s mother who lived through strikingly similar times in WWII.

Catch You Later, Traitor by Avi

Pete loves a good mystery. But when the Red Scare claims another victim, and this time his father, Pete realizes this mystery is about to get very personal. In the wake of lost friendships and suspicion among his classmates, Pete searches for the truth.

Oranges for Christmas by Margarita Morris

As the Berlin Wall goes up across Germany, Sabine and her brother Dieter find themselves on different sides of it. Dieter plans a courageous rescue while Sabine struggles with the reality that the Stasi have been commanded to shoot to kill if anyone tries to come in or go out. Recommended for ages 13 and up because of some foul language.

Cloud and Wallfish by Anne Nesbet

Noah’s world begins to fall apart when his parents tell him the family is moving across the ocean from the United States to east Berlin. He already struggles with making friends because of his stutter, and he knows life in Germany will be very different than what he is used to, especially with the rise of the Berlin wall.

Border Breakdown: The Fall of the Berlin Wall by Molly Smith

Lucy discovers pieces of the Berlin wall while touring a history museum. Suddenly, she finds herself in Germany in 1989. As she watches the situation around her unfold, she develops an appreciation for the freedoms she has. 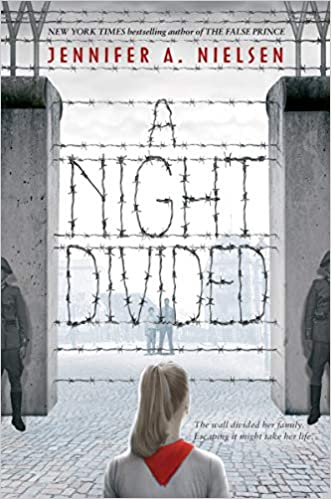 A Night Divided by Jennifer Nielson

Greta’s father and brother went looking for work in west Germany, and now Greta, her other brother,  and her mother find themselves alone on the now-walled east side. With the city now divided, will her family too be divided forever?

Immerse yourself as a character in a time of decisions to be made. As the wall goes up in Berlin, splitting the city into two distinct sides, what will you do? You make the choices, but your choices will determine your destiny.

The Cold War Explained for Kids by Keith Goodman

A tough and often confusing period in the history of the world is simplified and explained in an easy-to-understand format for kids ages 7 and up.

This fact-packed guide explains the Cold War from start to finish, beginning with the suspicion and hostility between the East and the West after WWII and carrying on until the Soviet Union fell in 1991.

What Was the Berlin Wall? by Nico Medina

Readers will discover the reason the Berlin wall was constructed and how the structure physically divided an already politically divided city. This book also answers questions about why and how the wall eventually came down in 1989. 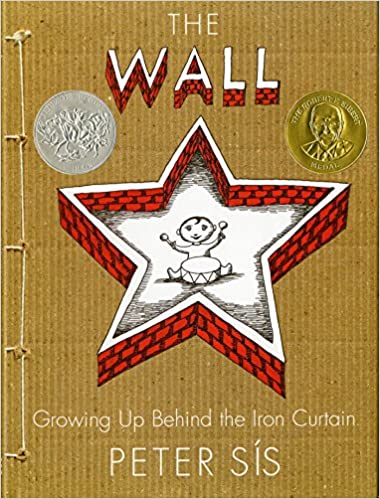 The Wall: Growing Up Behind the Iron Curtain by Peter Sis

Peter Sis writes autobiographically in this graphic novel about his life growing up in communist-controlled Czechoslovakia. In his early years, he believed and acted upon what others told him to believe and do. But as he entered his teens, Peter began to have doubts about the validity of the Party’s claims and demands for its followers.

The exciting true account of young Peter and his family living in east Germany while the Berlin wall still stands tall. Together, they secretly sew together a hot air balloon and create a plan to escape to freedom.

When the Wall Came Down: The Berlin Wall and the Fall of Communism by Serge Schumemann

An eyewitness account of the day the wall fell, reuniting the city of Berlin once more. Serge Schumemann was a reporter working in Germany in 1989. When he got the news that the wall was coming down, he rushed to the scene to record the event in stunning detail. 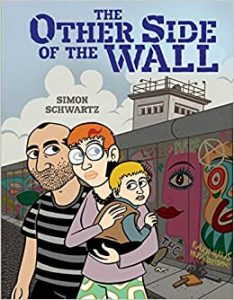 The Other Side of the Wall by Simon Schwartz

The amazing true story of Simon Schwartz and his family who lived in East Berlin during the time of communist control. When they tried to move to a better life, they were prevented from doing so and were trapped within the walls. Written by Simon himself, this autobiographical account in graphic novel format depicts the trying times that he and his parents faced as they tried to make a life for themselves in the midst of intense government control.

Andrew zealously fought against Nazis and Communist ideals as a young man, but war eventually led to disillusionment and despair and he turned to alcohol. After an encounter with God that changed his heart, Andrew began to smuggle Scripture to persecuted believers still living under Communist oppression. His efforts eventually became what is known today as Open Doors, an organization still serving the underground church in many areas of the world. Brother Andrew’s memoir, God’s Smuggler, is also great and is best for grades 6+.