Learn more about American history with these American Civil War movies for students – sorted by age range from elementary to high school. 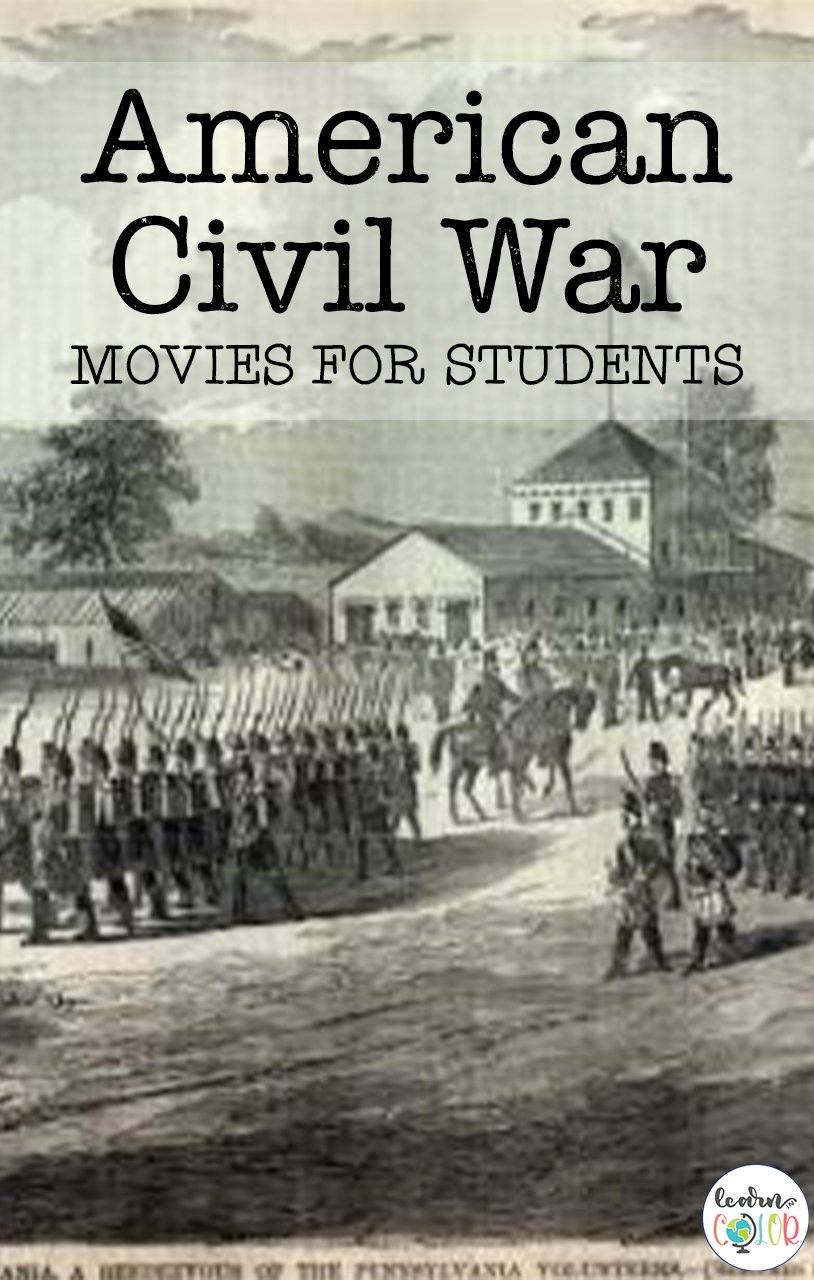 Race to Freedom from Adventures in Odyssey

Dylan and an abolitionist named Andrew work to help Carter and two other enslaved African Americans escape to freedom. Soon, however, angry slave owners are on their heels. Will they escape in time? Grab my free video pack here.

While growing up under the oppressive yoke of slavery, Harriet Tubman prayed daily for her freedom. God used her faith to provide a path to freedom not only for herself and for her family, but also for hundreds of others. This hero of the faith became known as Moses for the ways in which she led so many out of slavery.

Harriet Tubman is perhaps the most famous Underground Railroad conductor. This amazing story has some profanity and violence, but nothing felt graphic or over the top. It is recommended for ages 10+. Grab the Harriet Movie Guide here.

Killing Lincoln is based on the bestseller by Bill O’Reilly. This docudrama narrated by Tom Hanks talks about the details before, during, and after President Abraham Lincoln’s assassination in April 1865. It’s engaging and an excellent spring broad for diving into the American Civil War and Lincoln’s life.

Directed by Steven Spielberg, this epic biopic profiles Lincoln’s last four months in office before his assassination in April 1865.

The amazing true story of the formation of the Massachusetts 54th Volunteer Infantry, the first African American regiment in the northern states. Rated R for some intense scenes of battle and language.

Tells the stories of the Union soldier prisoners of war that were captured and forced to live at Andersonville (Fort Sumter, Georgia) during the Civil War.

Gone With the Wind

A classic film that critically examines the wealthy and luxurious life of the southern gentry during the Civil War era. This is in stark contrast to the African American enslaved peoples also depicted in the film. The plot begins before the dawn of the war and then follows the plantation and the family as they endure the effects of war and seek to rebuild from the rubble.

The Red Badge of Courage

Based on the classic novel by Stephen Crane, this film follows the journey of a young soldier, not much more than a boy, as he prepares to head into battle for the first time. Explores several wartime themes like courage, cowardice, maturity, and sacrifice.

In this prequel film to Gettysburg, we follow three historical figures into the beginning of the Civil War. General Robert E. Lee works to reconcile his love for the United States and his southern homeland. Stonewall Jackson faces a series of questions about his faith that seem to contradict what he is being asked to do. Joshua Lawrence Chamberlain prepares to leave behind his life of study and take up arms.

In this sequel to Gods and Generals, figures like Robert E Lee and Joshua Chamberlain prepare for all out war as tensions mount on both sides.

This film comes at the Civil War from an interesting perspective, a Quaker family living in southern Indiana with deep convictions about wartime. Together they wade through the muddy waters of faith, pacifism, and deeply held values.

Each of the nine parts of this extensive and thorough documentary cover the years of the Civil War in great detail, showing a behind the scenes look at why the conflicts began, the intricacies of each battle, and the lives of the people involved.

To find other historical movie and book lists for kids for WWII, the Civil Rights Movement, and more, check out learnincolor.com/history.