The Civil Rights Movement was one of the most important times in American history. There are a wealth of books out there for students of all age ranges and reading levels.

The Who Was books are great for introducing young readers to exciting people and events in history. These four titles will give readers a deeper sense of what the Civil Rights Movement was and who contributed to it.

Melody dreams of having a solo at church and when her moment finally arrives, she goes to her older siblings for advice. Her brother also hopes to be a singer one day, but her sister is focused on something else; the Civil Rights Movement. While Melody prepares for her solo, she experiences discrimination for herself and a great tragedy that leaves her pondering more than her song choice. This American Girl book is a great introduction to the severity of the Civil Rights Movement for so many. There’s also another Melody book, Never Stop Singing.

Let’s play ball! Jack and Annie go back in time to 1917 to meet Jackie Robinson.

Open up this biography about Jackie Robinson, the first African American baseball player in the Major Leagues. Follow along as his journey to get there is described as well as the tensions he endured once he made it. This book coincides well with 42, the major motion picture based on the life of Jackie Robinson.

So Other People Would Be Also Free: The Real Story of Rosa Parks for Kids by Tonya Leslie

Read about the life of Rosa Parks and her influential part in the Civil Rights Movement. Not only does this book discuss the way in which Rosa refused to give up her seat, but the experiences throughout her life that led to that pivotal position.

Stella by Starlight by Sharon Draper

Stella lives in the South when segregation rules the land. One night, while she’s out with her young brother, they witness something they know they shouldn’t have seen, the Ku Klux Klan. She’s now right in the middle of the Civil Rights Movement and aware of much more than most kids. Read as she learns to fight against injustice and stand up for what is right. 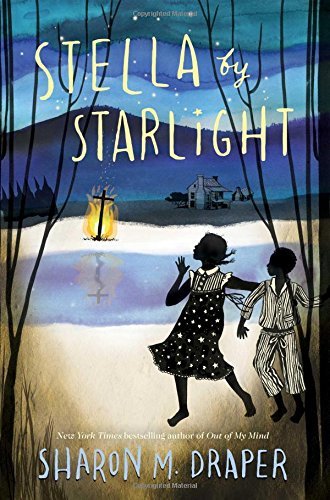 Circle of Fire by Evelyn Coleman

Mandy discovers members of the KKK in her secret forest one night. Not only their presence, but their plans are alarming. They are planning to bomb a nearby school during a speech by Eleanor Roosevelt and now it’s up to Mandy to stop them. This American Girl mystery is easy to follow along and quite powerful in the way it portrays the Civil Rights Movement.

The Watsons Go to Birmingham by Christopher Paul Curtis

Kenny and his family live in Michigan, where life is quite different from his grandmother who lives down South. When his brother, Bryon gets into trouble, the family decides to go visit grandma, the only one who can really teach him a lesson. Though, when they arrive, they learn their grandmother’s church has been blown up. This book brings readers right into the reality of the Civil Rights Movement and the effects incidents like these had on so many.

Abbott tells of segregation and racism from multiple perspectives in this story of a family in desperate search of their missing child, yet still experiences barriers because of the color of their skin and the young witness of it all.

Little Man stutters, so he tends to keep to himself, but with his new job that isn’t possible. He took over his friend’s paper route and must gather the courage to interact with customers, even his neighborhood junk man who is known as a bully and a thief. This memorable story brings the Civil Rights Movement to life in a different way than most.

Through My Eyes by Ruby Bridges

In 1960, Ruby Bridges was one of the four African American first graders selected to integrate into previously all-white schools. Out of the four, Ruby was the only one sent on her own. The already present racial tension rose to even greater levels throughout this historical moment, pressing social pressure onto young Ruby. Her book brings us into what that must have been like, offering important insight to the Civil Rights Movement. Grab the book guide at my store.

The Lions of Little Rock by Kristin Levine

Marlee is terrified to start school in Little Rock until she meets Liz. Liz reminds her that she is brave, that she has a voice, and that she belongs. When Liz leaves and doesn’t say goodbye, Marlee is crushed. When she finds out why Liz is gone, Marlee is determined to get her back. Follow this story of true friendship and the real struggle of segregation in Levine’s book.

Jackie and Me by Dan Gutman

Joe can travel through time. His baseball cards bring him back to some of the greatest moments in history, including Jackie Robinson’s big moment. Read along as Joe meets one of the greatest players of all time and learns about what it took for him to get there.

One Crazy Summer by Rita Williams-Garcia

Three sisters spend their summer traveling to Oakland, California to meet their mother who left them when they were young. When they finally meet her, she’s not how they had expected at all. Rather than heading to Disneyland or playing together all day, their mother sends them to day camp run by the Black Panthers. It’s 1968 and tensions are high in the lives of Delphine, Vonetta, and Fern as well as all around them. Read this award-winning story that offers a historical and realistic perspective of life back then. 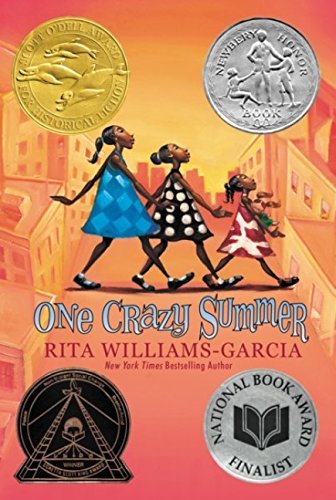 The Hero Two Doors Down by Sharon Robinson

Stephen loves the Dodgers. As an eight-year-old in Brooklyn, it’s almost all he can think about. There’s more to fill his mind with when his neighbors start to complain about the new African American family moving in. Stephen doesn’t understand why it’s such a big deal to some, Jackie Robinson joined the Dodgers last year and that’s been fine? Why is skin color such a huge difference to some? Stephen wants to know and when he finds out who his new neighbor is, he wants to know him too! Read as Sharon Robinson shares the true story of how a young Brooklyn boy became friends with baseball legend, Jackie Robinson.

After making the same brave decision as Rosa Parks, Claudette doesn’t receive the same celebration. She finds herself being left out, ignored, and avoided constantly, but she didn’t give up. A year later she continues to fight against segregation laws in one of the most important cases against Jim Crow. Hoose writes a compelling story based on the real-life of Claudette Colvin, one of the less well-known civil rights fighters.

They Called Themselves the KKK by Susan Campbell Bartoletti

Although not directly relating to the 1950s and 1960s Civil Rights Movement, this book is highly informative and well-written. I learned about life after the Civil War, how the KKK formed after the war, and how the Klan’s terrorism finally declined. It is recommended for grades 7+ because of the subject matter. Grab the book study at my store or on Teachers Pay Teachers.

Child of the Dream by Sharon Robinson

Sharon writes about her experiences during the 1960s as segregation began and racial tension increased. Read as she describes what it was like to be African-American in her neighborhood and to see all she did throughout this historical period.

The story of the four African-American female mathematicians at NASA who contributed to some of the greatest moments in the history of the space program is inspiring for all. This young readers’ edition brings their lives to the reader’s attention in a captivating way.

Reaching for the Moon: The Autobiography of NASA Mathematician Katherine Johnson

Read the story of Katherine Johnson, the NASA mathematician who helped launch Apollo 11 despite the racial tension and unbelief around her. Even if you’ve seen Hidden Figures, read Katherine’s story from her own perspective.

Turning 15 on the Road to Freedom: My Story of the 1965 Selma Voting Rights March by Lynda Lowery

Read this impactful account of Lynda Lowery’s teenage years spent fighting alongside Martin Luther King Jr. Her recollection of these pivotal moments in the Civil Rights Movement and the sacrifices she made to be a part of it at such a young day is moving.

This inspiring book of poems tells the story of a young girl living in the midst of the Civil Rights movement. Read as she describes her childhood from struggling to read to facing the reality of the Jim Crow law’s lasting effects. 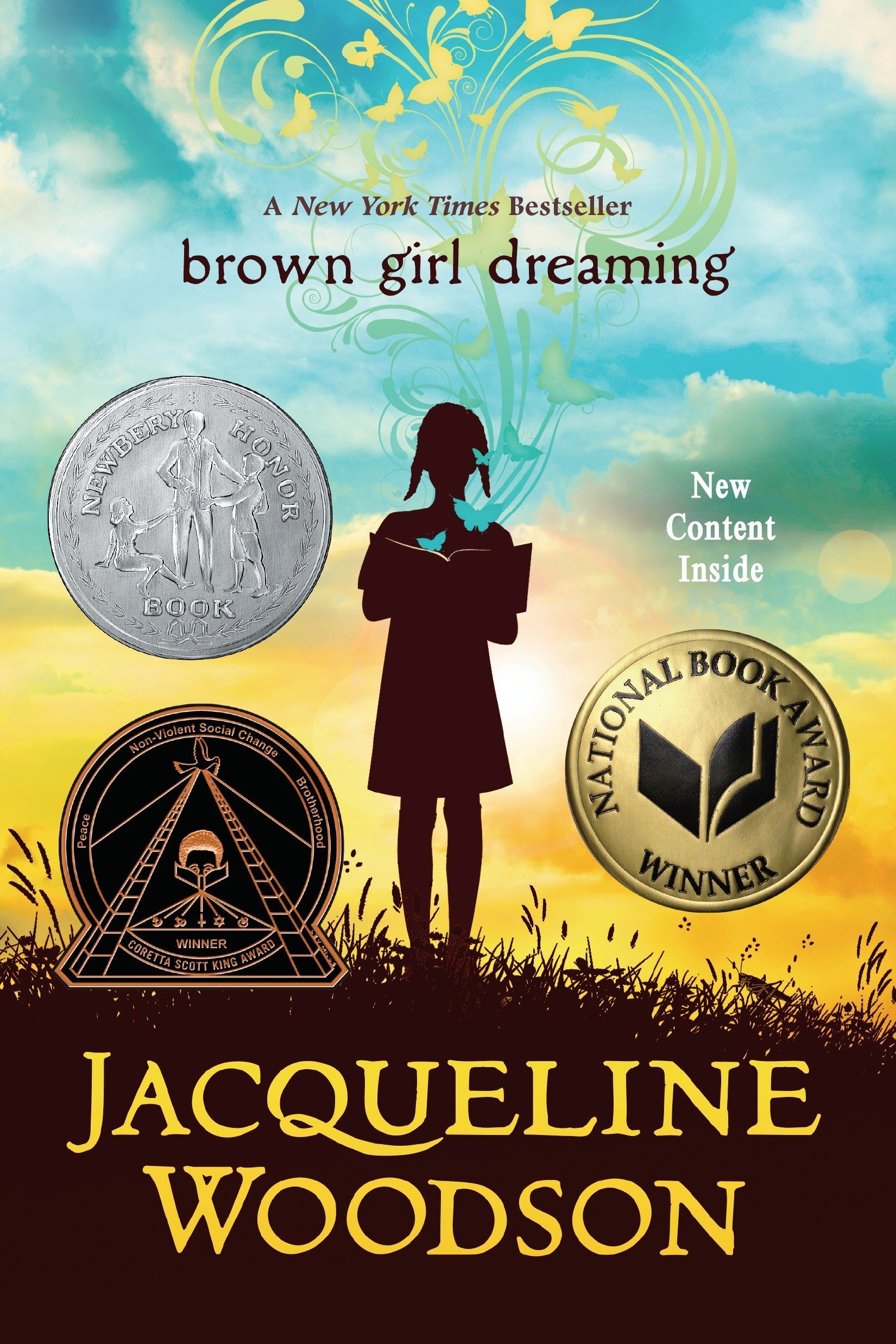