Sports are a great way for kids to learn teamwork, resilience, and confidence. There are several social/emotional and health benefits to sports, but unfortunately many girls give up sports in middle school.

This book list is for ALL kiddos. Celebrate amazing women in sports with these books about female athletes for kids.

Women in Sports: 50 Fearless Athletes Who Played to Win by Rachel Ignotofsky

This anthology showcases the amazing athletic accomplishments of 50 women who set records, broke down barriers, and inspired many with their excellence in their sport. 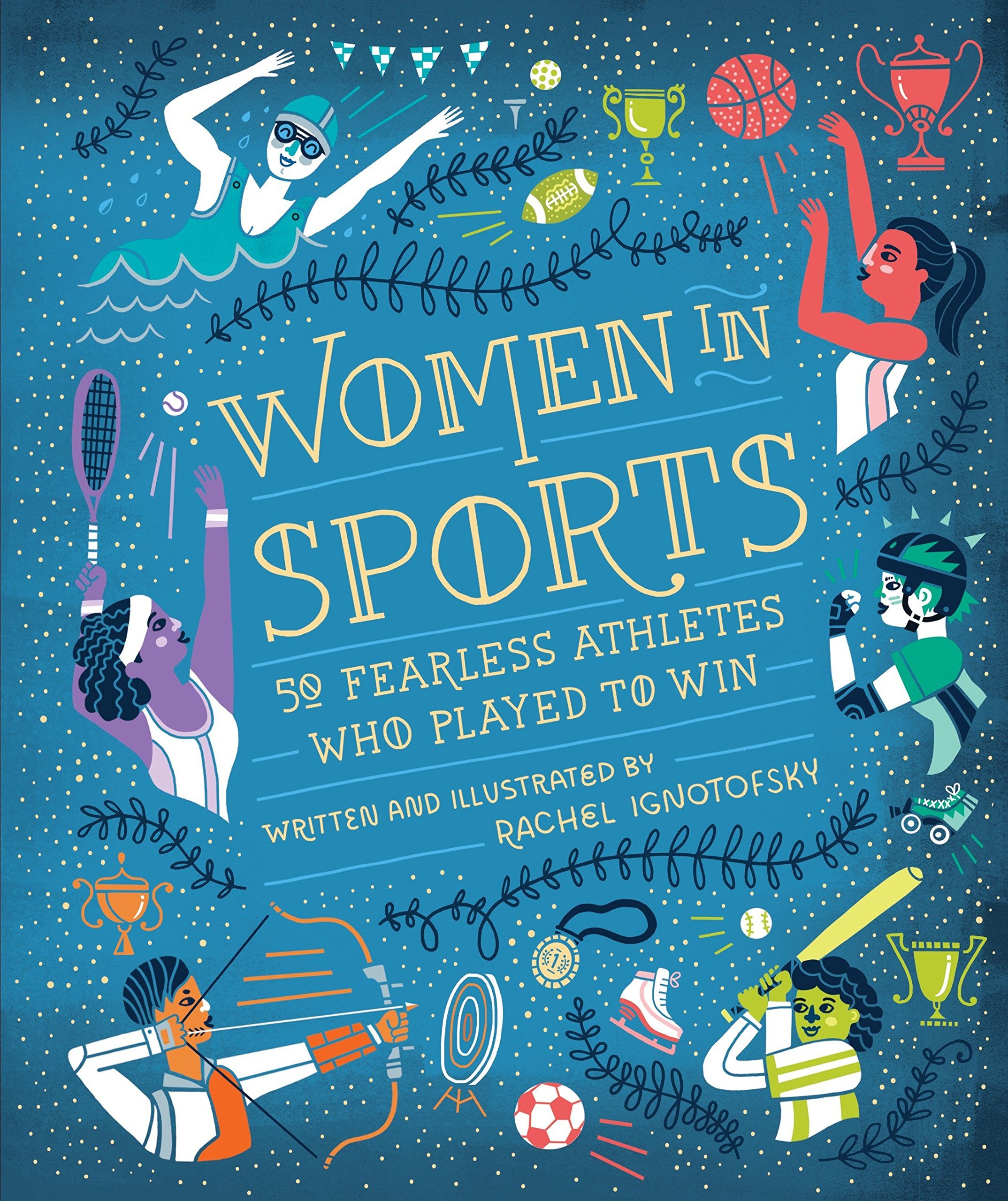 Players in Pigtails by Shana Corey

In a time when women were limited in a lot of arenas, Kate Casey saw a grand opportunity in the All American Girls Professional Baseball League. She decided to try out and earned a spot on the team, where she was finally able to pursue a passion of hers!

Agnes Morley loved the sport of basketball, and she was very good at playing. In 1896, Agnes joined a team of women who played the first-ever college game of basketball. Soon after, women’s basketball became much more widely accepted as a sport.

This fictional book about a little pig is written by one of my favorite athletes, Olympic figure skater Kristi Yamaguchi. This sweet story is a perfect reminder to dream big.

Mamie on the Mound: A Woman in Baseball’s Negro Leagues by Leah Henderson

During Mamie Johnson’s day, the only women’s baseball team was a segregated one. By 1953, she joined a Negro men’s league and her talent continued to grow. She became the first female pitcher to play in the men’s leagues, but thanks to her, many other women were able to follow in her footsteps.

Changing the Game by Mia Wenjen 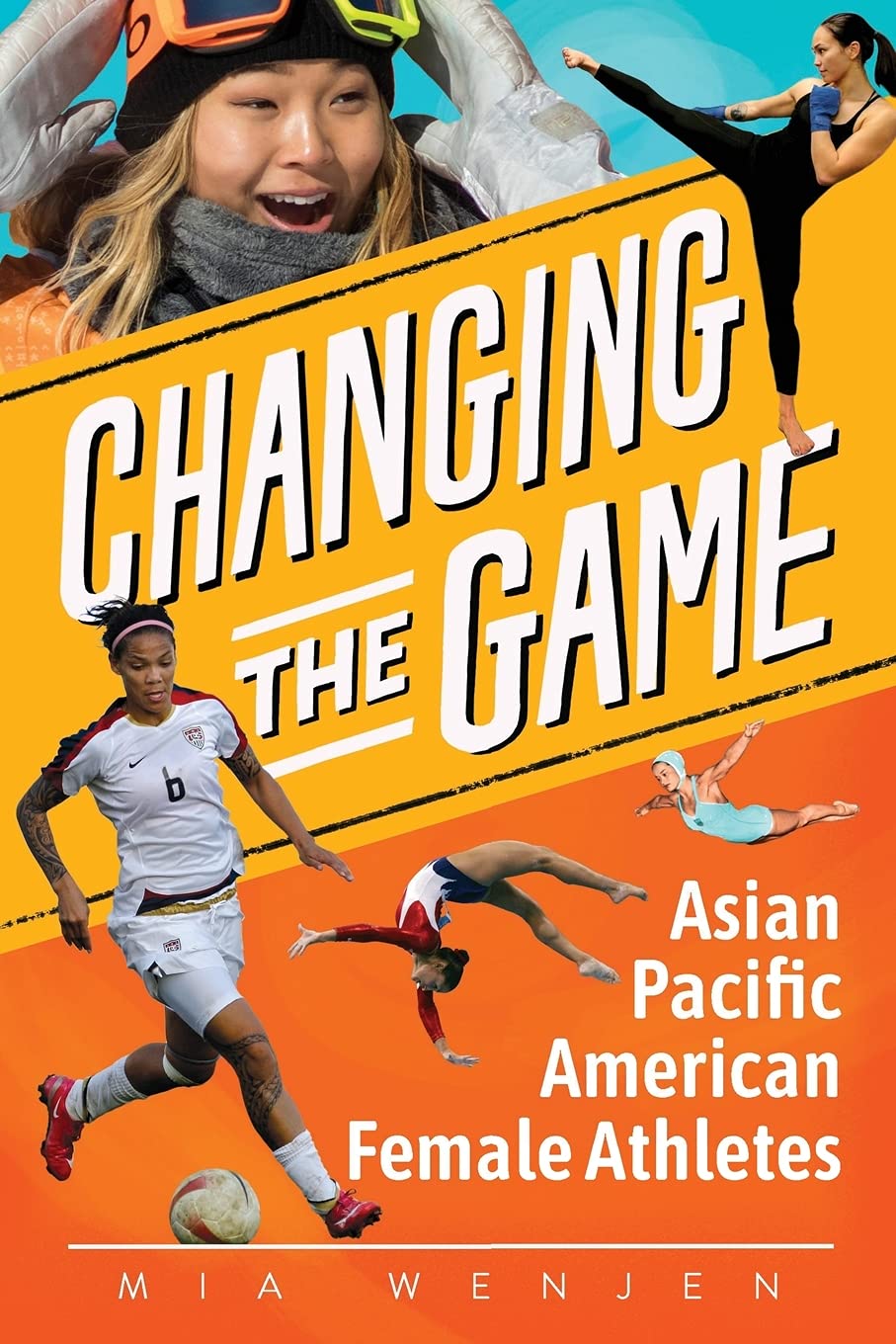 Nadia: The Girl Who Couldn’t Sit Still by Karlin Gray

Nadia Comaneci was a girl who bounced and jumped and couldn’t sit still. Her mother helped her channel all of her excess energy into becoming the best gymnast she could be, and soon Nadia found herself at the 1976 Montreal Olympics.

Tillie loved riding bicycles, but she hated riding in long, heavy, layered skirts. She decided enough was enough and sewed herself a tighter outfit that wouldn’t get in the way while she rode. Then she entered herself into a race and sped her way to victory! 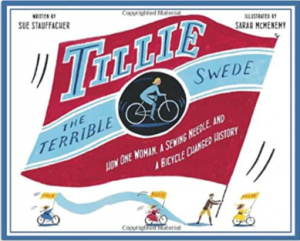 Mabel loved to skate, but when she was growing up, all of the public skating rinks were for whites-only. She kept practicing whenever and wherever she could, and eventually a man named Wally Hunter built a rink specially for her. She would later become the first African-American woman to be inducted into the U.S. Figure Skating Hall of Fame.

When she was just a 17-year-old swimmer, Gertrude Ederle won three Gold Medals in the 1924 Olympic Games. Later on, she broke a world record when she swam across the British Channel in just 14 hours. She continued to work hard and challenge herself throughout her life.

Bessie Stringfield wanted to ride her bike with the boys in her neighborhood, but they always teased her and put her down for being a girl. She didn’t like being teased, so she pushed herself to become faster and faster. As an adult, she became the first woman to ride across the United States alone on a motorcycle.

Nothing But Trouble: The Story of Althea Gibson by Sue Stauffacher

Althea grew up in Harlem, New York. She was a girl who often got into mischief, but she was a very talented tennis player. She would eventually go on to become the first African-American to win the Wimbledon Cup.

In 1948, two roller derby rivals come face-to-face. Midge “Toughie” Brasuhn and Gerry Murray lace up their skates and race to the cheers of thousands of fans. Filled with facts and information about roller derby as well.

Mermaid Queen: The Spectacular True Story of Annette Kellerman, Who Swam Her Way to Fame, Fortune, and Swimsuit History by Shana Corey

When she was a child, Annette Kellerman wasn’t able to walk with ease. Her father helped her learn how to swim so she could gain some strength in her legs. She became a very good swimmer and developed her talent to become a very accomplished water ballet artist. 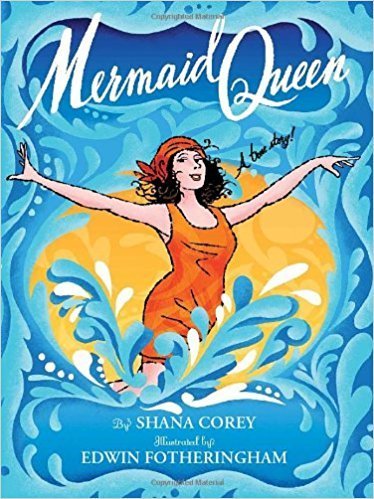 Martina and Chrissie: The Greatest Rivalry in the History of Sports by Phil Bildner

Martina and Chrissie were rivals on the tennis court, but off the court they were close friends. Their story demonstrates how even competitors can become people who support those they play against.

Sisters Venus and Serena Williams endured long practices, overcame health issues, and pressed on through injuries to become two of the most celebrated names on the tennis court. Even when competing against each other, these two sisters learned to support each other above all else.

She Loved Baseball: The Effa Manley Story by Audrey Vernick

Effa Manley remains the only woman in history to be inducted into the Baseball Hall of Fame. Effa was the manager of the baseball team the Newark Eagles, which she cofounded along with her husband.

As a little girl, Billie Jean King noticed that all the baseball players she loved to watch were men. Where were the girls like her? She grew up to become a professional tennis player and paved the way for more women to play professional sports.

Wilma came into the world at just four pounds, but her small size only served to increase her fighting spirit. As a child, she beat polio, a disease that damaged her leg. She started running and became the fastest woman around, setting records as a three-time Olympic gold medalist.

Queen of the Diamond: The Lizzie Murphy Story by Emily Arnold McCully

Lizza Murphy loved the sport of baseball. From a young age, her father encouraged her to keep improving. She was the very first woman to play in all-star games and major-league exhibitions. When her manager tried to get away with not paying her as much as the men on her team, her fellow teammates stood up for her and helped her get a fair wage.

You Should Meet Roberta Gibb by Laurie Calkhoven

Roberta Gibb loved to run, but when she tried to register for the Boston Marathon, she was told that women were not physically able to complete a marathon. So, Roberta did the next best thing: she dressed herself as a man and signed up anyway.

Lucy felt like her long arms were a flaw, until she attended Winthrop College and learned that her long arms could be advantageous in the shotput event of track and field. She was so good, in fact, that she earned herself a spot in the first Women’s Olympics in France in 1922. Her friends, family, and college classmates helped scrape together the funds for her to travel to France to compete in the event. 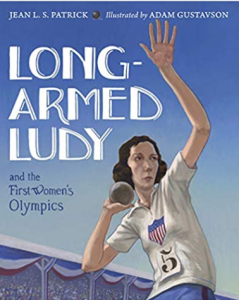 Ibtihaj Muhammed was the only Muslim in her school and she was also the only Muslim competing in her team’s fencing tournaments. Despite the discrimination she faced, Ibtihaj became an Olympic medalist and the first woman to compete in a hijab. 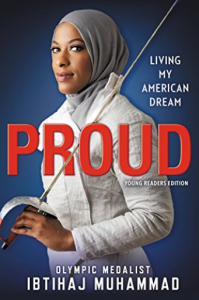 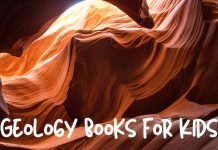