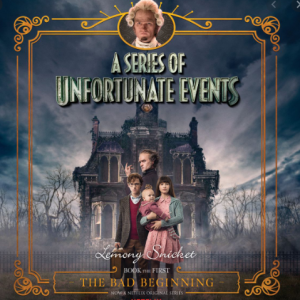 A Series of Unfortunate Events by Lemony Snicket

Tim Curry and the author present readers with vivid narrations in this audio drama, bringing to life the story of orphan siblings Violet, Klaus, and Sunny as they try to keep their inheritance safe from the wily Count Olaf. This one isn’t for the faint of heart, but I’m halfway through the series and loved the audiobooks.

The Land of Stories by Chris Colfer

An engaging audio version of the seven-book series by Chris Colfer. Twins Alex and Conner find themselves transported to a fantasy world each time they open a magical book. There they encounter classic characters from fairy tales – from Red Riding Hood, to Cinderella, to Goldilocks, and get mixed up in their adventures. This series is a lot of fun!

The Chronicles of Narnia by C.S. Lewis

Siblings Lucy, Edmund, Susan, and Peter stumble through a wardrobe and into the magical and mysterious land of Narnia. There they encounter talking animals, mythical creatures, and the majestic Aslan. This is one of the best audio dramas available.

Fiery orphaned redhead Anne Shirley finds herself in the middle of a mixup after leaving the orphanage. Middle-aged siblings Matthew and Marilla sent for a boy, but when spirited Anne shows up instead, they quickly fall in love with her in spite of their best efforts. Anne finds a kindred spirit in her new friend Diana Barry and a rival in Gilbert Blythe. Her comical misadventures will endear listeners throughout this eight book series. 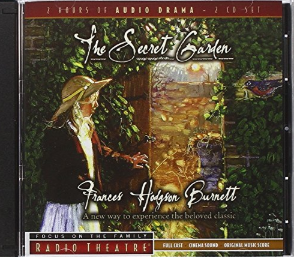 Spoiled Mary Lennox is sent to live with an eccentric uncle in London after the death of her parents. Mary explores the extensive grounds and finds a locked garden with a door hidden along the wall covered over with ivy. Soon, she discovers the key to the garden as well as a child hidden in the great house. The two become fast friends and begin to revitalize the garden as well as their lives.

Six boys from Thorntown, Indiana experience faith-filled adventures as they navigate bullies, friendships, and growing up near the Sugar Creek.

Leinad grew up thinking he was a common farmer, but when dangers looms, he finds himself face-to-face with a destiny given by the King himself. Leinad and his courageous sidekick work to keep the Dark Knight and his schemes at bay while protecting the Kindgom of Arrethtrae.

Knights of Arrethtrae by Chuck Black

The brave knights are working tirelessly to add recruits to their number and build the Kingdom. They have vowed to work until the Prince returns to his people once more. Sir Kendrick and Sir Duncan have noticed that when people attend the festivals of Lord Ra, they rarely return home. The two knights decide to rescue them and work to defeat the evil Lord Ra before time runs out.

Written by the vivacious former president, Hero Tales gives a glimpse into the lives of notable Americans and their accomplishments. 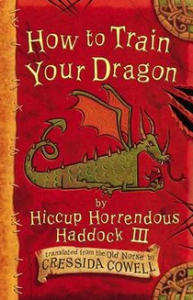 The talented David Tennant brings this fantasy to life in this audio drama series. Hiccup lives in a Viking town haunted by dragons. Other villagers call him wimpy, so Hiccup vows to capture a dragon to prove his bravery. He traps a small dragon named Toothless, and the two form a fast friendship. When a dragon known as the Green Death threatens the safety and security of the townspeople, Toothless and Hiccup come to the rescue.

Anna and Caleb’s Pa has sent for a mail order bride, and when Sarah arrives, the kids aren’t sure what to think of the quiet, unassuming woman. Narrated by Glenn Close, who brought Sarah to life in the 1991 film, this classic tale reminds us of the importance of family.

Esperanza’s privileged lifestyle is turned upside-down when tragedy forces her and her mother to move to California and hire themselves on as migrant workers traveling the rows between fields. Esperanza begins to rebuild her life and realizes the importance of family in her journey to hope again.

Bilbo Baggins, a quiet, simple hobbit, strikes out on the adventure of a lifetime when he gets a visit from Gandalf the wizard. He and a small band of others quickly enter into danger as they transform into a crew of unlikely heroes.

The amazing true story of the four African American mathematicians whose contributions to the NASA program helped get the first man on the moon. The women, known as “human computers” used their limited technology to launch rockets into space and made several other essential advancements to the space program. 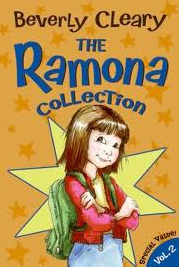 Ramona Quimby lives with her older sister Beezus, her mother, and her father. Ramona always has good intentions, but somehow things never turn out quite the way she plans. From “hardboiled” eggs cracked and running down her hair and face, to squeezing out all of the toothpaste into the sink, to running from Danny the yard ape, Ramona’s world is full of hilarious adventures that will keep you laughing.

Beric the Briton: The Extraordinary Adventures of G.A.Henty by Heirloom Audio

Beric, a young chieftain, finds his people under increasing pressure from the Romans. As invasion looms ever-closer, the threat of the Romans becomes even more real. When Beric is captured and taken to Rome, will he ever make it back to his homeland?

Under Drake’s Flag: The Extraordinary Adventures of G.A. Henty by Heirloom Audio

Francis Drake takes two young boys named Ned and Gerald under his wing and teaches them the ways of the fighters of the seas. Together they traverse land and sea, facing danger, deadly storms, and more.

Join Jonathan Park and his paleontologist father on their adventures. The two travel the globe making scientific discoveries and making a strong case for the Creator. 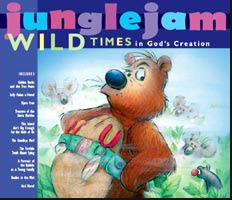 Welcome to the jungle! Join Nozzles the Elephant, Gruffy the Bear, Milliard the Monkey, and several more friends as they deal with peer pressure, learn to be honest, and develop an appreciation for hard work. Their hilarious stories will keep you laughing and singing along!

Anselmo, a slave recently kidnapped by pirates, knows that their plan is to take him to a foreign port and sell him to the highest bidder. He has already had to endure the desert and a cruel slavemaster, and Anselmo wonders if he will be able to survive in his new home.

Prince Hubert is haughty, demanding, and high maintenance. The king isn’t sure what to do to change his son’s behavior. Sir Malcolm steps in to save the day by suggesting that Hubert be transformed in a simple peasant named Hugh in the hopes that the experience will give him a good dose of humility.

The Brinkman family, missionaries working to spread the gospel to all nations, experience a lot of adventure while out on the field. Their stories will inspire you to be sold out for Jesus and experience the thrilling life of a Christ follower for yourself.

Crazy Grace is Gilead’s newest neighbor. Everyone in town is talking about her, wondering if the stories are true. The Morrison kids are on the case to get the scoop. Join them in this and several other adventures about kids navigating life using faith and wisdom. 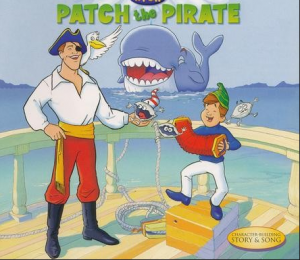 Patch the Pirate by Majesty Music

After a bout with cancer that took his eye, Ron began to wear a patch. Soon people started asking him if he was a pirate, a question that prompted him to write the stories of Patch the Pirate, a gospel-preaching, sea-sailing pirate who travels the world sharing Christ’s love.

Sailor Sam and his sea-faring crew on the good ship Porpoise experience a slew of adventures involving faith, friendship, and trusting in the Lord.

Ranger Bill faithfully watches over the forest near Knotty Pine in the Rocky Mountains. He takes his ranger job seriously, and he and his crew of friends run into bomb test sites, submerged stuck submarines, new mystery neighbors, and miracles galore.

Bryce and Ashley Timberline are determined to stop the thief that seems to be targeting their town. But when someone at school won’t stay off her tail, Ashley wonders if they will ever be able to solve the mystery.