This picture book geared towards older readers is a great depiction of life in Philadelphia during 1777. Maddy brings readers into her world as she struggles to support her family during one of our country’s most tumultuous moments.

The Who Was Series

This beginning chapter book historical series is great for students interested in famous historical figures. Here are a few relating to the American Revolutionary War.

The Redcoats Are Coming by Marianne Hering (Adventures in Odyssey Series)

This is the first of three books in which Patrick and Beth take readers through history as members of the revolution themselves. Follow their adventure as they assist with the war efforts and meet important figures such as Paul Revere and Samuel Adams.

The Magic Tree House series was one of my favorites as a kid. Read along with Jack and Annie as they find themselves in the midst of the Revolutionary War.

After their Revolutionary War adventure, Jack and Annie still have questions and use this book to answer them all. In this non-fiction book, read through interesting and accurate facts told in entertaining ways to learn more about this important moment in American history.

Meet Felicity Merriman, a young girl who is living during the Revolutionary War period. This book introduces her to readers and takes them on an adventure as she sets out to save a horse named Penny.

A companion to the Meet Felicity series, Welcome to Felicity’s World offers a glimpse at life for the average person in the American Revolutionary War. I really love the American Girl “Welcome” series which are filled with rich stories and images that are great for both genders.

This non-fiction chapter book is filled with stories, maps, and timelines to bring the Revolutionary War to life.

This is the first of three books written from the perspective of a young girl named Hope. Read like a diary, this book allows readers to get an inside glimpse of what life for a nine-year-old girl would have looked like throughout this time.

I Survived the American Revolution by Lauren Tarshis

Nathaniel Fox finds himself in New York City in the middle of the biggest battle of the war after fleeing his uncle and home. Nathaniel’s story offers discussion opportunities for the consequences and reality of war. 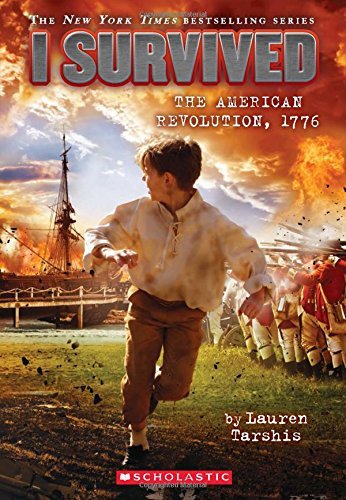 The Revolutionary War has yet to occur, but tensions have presented themselves and Peter York’s life has been turned upside down. His newly adoptive father is a conservative Quaker who has strict expectations. When two servants make an escape, Peter joins them and immediately faces the consequences.

Night of Soldiers and Spies by Kate Messner (Ranger in Time)

Ranger finds himself in the midst of the Revolutionary War when General George Washington asks Ranger’s new friend, Isaac Pope, to be a spy in enemy territory.

Elspeth Monro came all the way from Scotland and is starting to feel at home in North Carolina until the Revolutionary War interrupts. Her family is threatened by people wanting them to join the rebels. Her grandfather leaves to fight with the British leaving the responsibility of caring for her grandmother to Elspeth.

After being captured by the Tories, Hope decides to work to find her way back home. Despite her plans, she realizes she may not be the only one hoping to escape.

My Brother Sam Is Dead by James Lincoln Collier*

Tim has always admired his older brother but struggles with tensions when Sam joins the Revolution. As he fights for the rebellion, their father aligns with the side of the British. Tim watches his brother and father, hoping to not have to choose between the two.

Read through the events leading up to the American Revolutionary War with this Newbery Award winning classic. Serving as a horse-boy for the patriotic newspaper, fourteen-year-old Johnny finds himself in the middle of many pivotal events in America’s history. 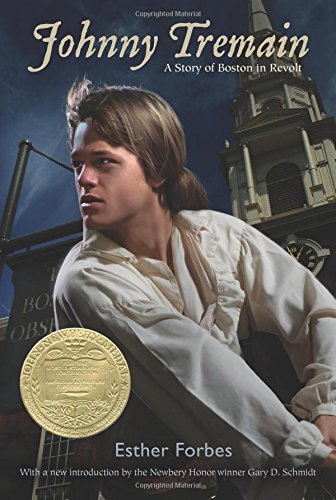 The Fighting Ground by Avi

Jonathan is only thirteen-years-old, but he knows he wants to help fight for his country. He wants to be out on the battlefield despite his father’s refusal to allow him. When he finally finds a moment to slip into the action, Jonathan is immediately faced with the reality of this violent war.

Matt and his friends are sent back in time to the Revolutionary War in 1776. The boys have been taken by the Patriot spies and the girls are held by the Tory family. This interactive tale keeps readers engaged while also educating them on what really happened within this time period.

Sophia’s War: A Tale of the Revolution by Avi

Sophia fears for her country after witnessing an execution. She decides to join the war in her own way, being recruited as a spy and working to uncover the true happenings of this violent fight. When she finally finds her target, no one believes her. Read along as Sophia navigates the messiness of the war and her own personal fight. 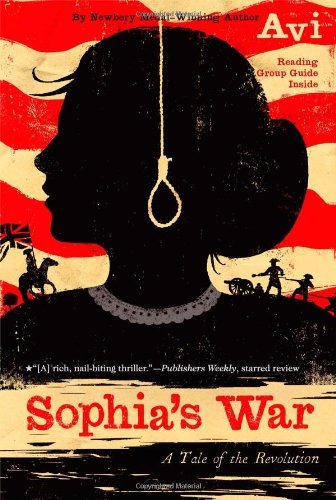 The Winter of Red Snow by Kristiana Gregory (Dear America)

Abigail Jane Stewart’s diary portraying her life in the midst of the Revolutionary War allows readers to understand the true struggle for even bystanders to pick sides and the consequences of being on separate ones.

The Journal Of William Thomas Emerson (My Name is America)

William joins the Patriots as they oppose the British at just twelve-years-old. Read the account of a young orphan who experiences the war first hand.

Prudence’s family has chosen to honor the side of the king, leaving her feeling isolated. Listen to Prudence express her feelings and perspective of the American Revolution as a Tory torn between her family’s allegiance and her friend’s support to the Patriots.

When the war finally reaches Samuel’s town, Samuel’s parents are taken as prisoners leaving him to find a way to rescue them. Follow along as he travels all the way to the British Headquarters in New York City in an attempt to reunite his family.

The Revolutionary War is taking place, but Isabel has her own fight for freedom. As a young slave, Isabel dreams of a different life and soon comes face to face with it as she becomes a part of the Patriots cause in this moving story.

Filled with a variety of rich images, this book from the DK Eyewitnesses series can be skimmed for younger grades or used for research topics for upper elementary students.

The Crossing by Jim Murphy

Jim Murphy takes us back to the American Revolutionary War, but through the experience of General George Washington himself. The Crossing is from  Washington’s perspective as he deals with some of America’s lowest and most difficult moments in order to lead his people to victory later on.

This is a young reader’s adaption about Washington’s secret spy group called the Culper Spy Ring. Washington realized he couldn’t defeat the British through military force, so he developed an intelligence network.

Guts and Glory: The American Revolutionary War by Ben Thompson

Jump right into the war with this book that makes readers a part of the story. Ben Thompson succeeds in making history come alive before our eyes in this engaging read great for Hamilton fans. 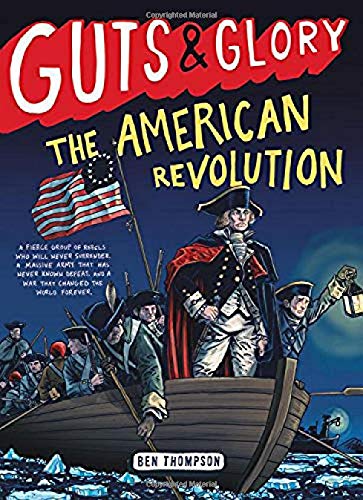 During the winter of 1777, Washington and his soldiers braved awful conditions to see themselves to victory. Learn about one of the most pivotal moments of the Revolutionary War and the part that one of our nation’s greatest leaders played in it through this informative read.