I love learning history without a textbook. Throughout elementary school and middle school, I gained a wealth of knowledge about the American Civil War. Nothing brings history to life quite like an intricate story and characters with rich backgrounds, thoughts, hopes, and fears. 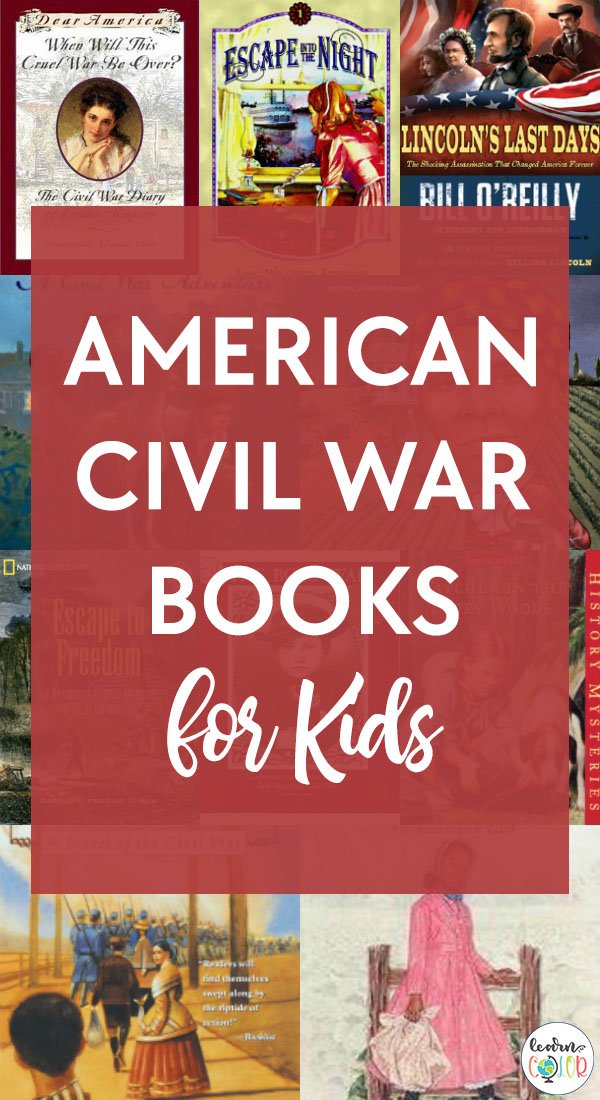 The bloodiest battle of the Civil War, the Battle of Gettysburg, rages on. Eleven-year-old Gabe is a bugler for the Union Army. Two of Gabe’s older brothers have already died in the bloodshed, and Gabe is determined not to let his other brother Davy suffer the same fate.

Patricia Polacco is known for writing long picture books about thought-provoking topics, and this one is no different. In this true story, Pinkus Aylee, a black Union soldier, finds Sheldon Curtis left for dead and carries him home to be tended by his mother, but when the two boys attempt to rejoin the Union troops, they are captured and sent to Andersonville Prison. 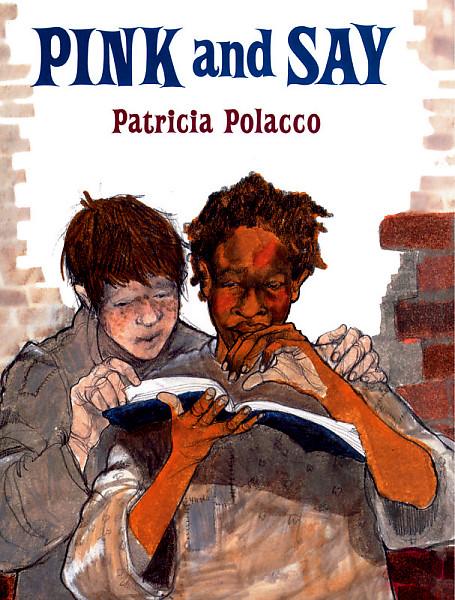 Henry Brown doesn’t know how old he is, but he knows he has dreamed about freedom his entire life. So how does he escape? By mailing himself to freedom! This short picture book is a true story and a great introduction to the American Civil War.

In this well-known series, Jack and Annie travel back in time – this time to the American Civil War! There, they meet famed nurse Clara Barton and help wounded stories!

Who was Harriet Tubman? by Yona Zeldis McDonough

Travel back in time with the Who Is series, that profiles famous members of history. This one is about the life and story of Harriet Tubman, a modern-day Moses who helped lead her people to freedom. 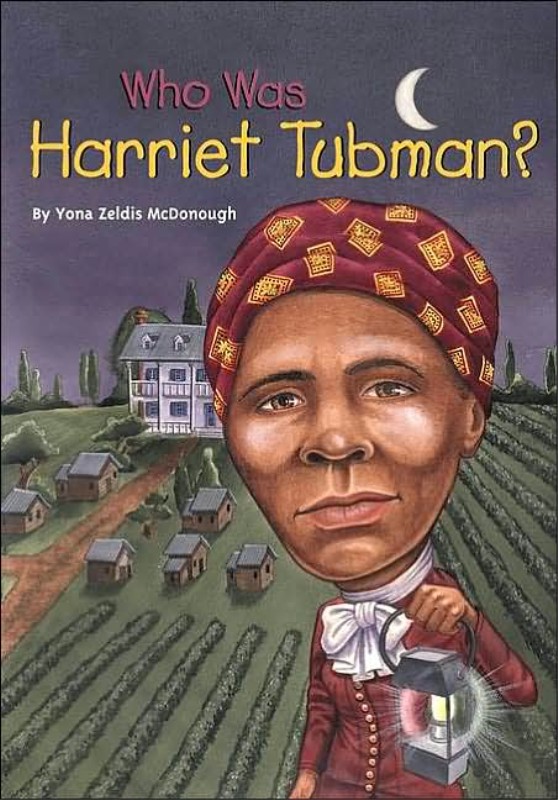 Other American Civil War Books from the Who Was? series:

Freedom at the Falls (Adventures in Odyssey)

This is the first of three Adventures in Odyssey books set during the American Civil War. The Imagination Station takes Patrick and Beth back the 1860s where they meet famous historical figures and help escaped slaves along the Underground Railroad.

The Dog Diaries is a fun series of history – told through a dog’s perspective! This fictional story is told from the point of view of Lincoln’s dog Fido.

Explore the American Civil War from a horse’s perspective in this book rich with great illustrations. When Star helps a runaway slave, his ideas of freedom change forever.

Also set during the Civil War, Tennessee Rose is a Tennessee Walking Horse who is cared for by a young slave boy. This story is more bittersweet but great for animal lovers.

As a young girl, I loved American Girl’s books! This six-book series follows young Addy Walker and her family from their journey from slavery to freedom. Each book explores a new aspect of Addy’s life. In the first book, Addy and her mother make a daring attempt for freedom.

Showing more of the “real life” aspect of Addy in a simple textbook format, bring the Civil War to life from Addy’s perspective.

Across Five Aprils by Irene Hunt

Eleven-year-old Jethro might not be old enough to fight, but his older brother and cousin are. This coming of age story is rich in history, detail, and has plenty of layers of discussion.

Escape By Night: A Civil War Adventure by Laurie Myers

As the Civil War begins, ten-year-old Tommy and his sister Annie face a difficult choice; whether or not they should help a Yankee soldier escape to freedom. It’s told in short, simple chapters, and features a great loyal dog.

Although fictional, this National Geographic book has plenty of research put into it. This story explores the lives of two runaway slaves – Callie and William, and their perspectives, struggles, hopes, and dreams. 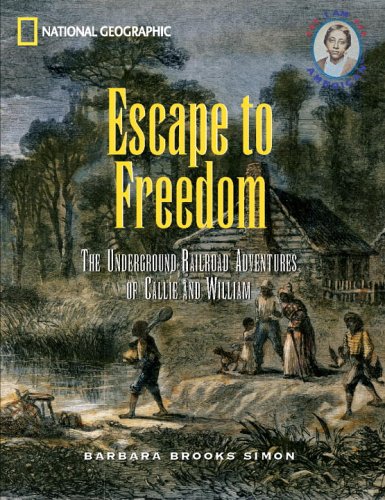 Watcher in the Piney Woods by Elizabeth McDavid Jones

American Girl has a history mystery series for girls who are a little beyond the traditional American Girl series. Some of the books can have an eerie feel to them (as in they get the feeling they’re being watched, etc.), but things turn out well in the end.

As the American Civil War begins coming to a close, Cassie learns her brother, who is fighting for the Confederates, has been killed. Her world shatters, and begins spending time in one of their favorite secret childhood play sites. As time progresses, she soon finds out someone has been living there. I really enjoyed this one.

Libby Norstad is a spoiled 12-year-old girl growing up with her wealthy aunt. However, her father, who is the captain of the boat Christina, wants to spend more time with her. Libby soon runs into the mysterious cabin boy Caleb, and the two soon get off on the wrong foot. She wants to get the better of him, but her search leads her tangled in the Underground Railroad and helping a young fugitive and his family escape. This was one of my favorite series in elementary school!

They Called Themselves the KKK by Susan Campbell Bartoletti

This book was hard to read at times because of the subject matter but I would highly recommend it for middle schoolers. I learned about life after the Civil War, how the KKK formed after the war, and how the Klan’s terrorism finally declined. It’s a well-written read on a relevant topic today but is recommended for grades 7+ because of the subject matter. Grab the book study at my store or on Teachers Pay Teachers.

Boys of Wartime: Will at the Battle of Gettysburg

Twelve-year-old Will wants to be a drummer in the Union Army, but is instead stuck in his boring home in Gettysburg, Pennsylvania. As the war rages to Gettysburg, Will and his family find themselves caught in the crossfires of battle; including delivering messages, helping slaves escape, and even saving a young soldier’s life.

When Will This Cruel War Be Over? by Barry Denenberg (Dear America)

Emma Simpson is a Confederate girl who writes about the Southern trials of the war. Many books focus on the side of the North, which makes this one stand out. It isn’t the happiest story but is recommended for a different perspective of the war.

A Picture of Freedom by Patricia McKissack (Dear America)

Clotee is a 12-year-old slave and orphan who teaches herself how to read and write. After meeting an abolitionist, Clotee escapes to freedom and becomes a conductor in the Underground Railroad.

The Boy’s War by Jim Murphy

The Boy’s War is a large coffee-table style picture book that explores the child soldiers – 16 and under – who fought during the American Civil War. There are both Union and Confederate stories. No story is presented as “on the right side” or “on the wrong side.” It’s simply about a bunch of kids thrust into an adult issue. Told through diaries, letters, journals, and photos, this book provides a wealth of information while being interesting at the same time.

In a kid-friendly version of Bill O’Reilly’s bestselling Killing Lincoln, Lincoln’s Last Days explores the last days of Lincoln in a way that both kids and adults can enjoy. Unlike Killing Lincoln, violence is toned down, and sexual content is absent making it a great family read.

Told from a Canadian perspective, this an informative history spanning from the beginnings of American slavery to the American Civil War and beyond. I remember reading this book back in elementary school, and loved it!

The War Within by Carol Matas

Very seldom does the topic of anti-Semitism in the US come about. Hannah Green is a proper Southern girl, and she is Jewish. The book shines a light on a little-known aspect of the American Civil War, through the eyes of a young girl. The true story of General Order #11.

Christopher Paul Curtis has a great way of handling difficult subjects well. Elijah is an eleven-year-old who lives with over runaway slaves in Buxton, Canada. When a former slave steals money, it’s up to Elijah to find the thief.

The sequel to Elijah of Buxton, Benji and Red couldn’t be more different. They aren’t friends. They don’t even live in the same town. But their fates are entwined. A chance meeting leads the boys to discover that they have more in common than meets the eye. Both of them have encountered a strange presence in the forest, watching them, tracking them. Could the Madman of Piney Woods be real?

Shades Of Grey by Carolyn Reeder

Set after the war, newly-orphaned Will must come to terms with losing the war. Not many Civil War books are from the perspective of the Confederate side, which makes this coming-of-age story refreshing.

The Ultimate List of Historical Book and Movie Recommendations for Students