If you’re looking for alternatives to Netflix for your family, here are some ideas. 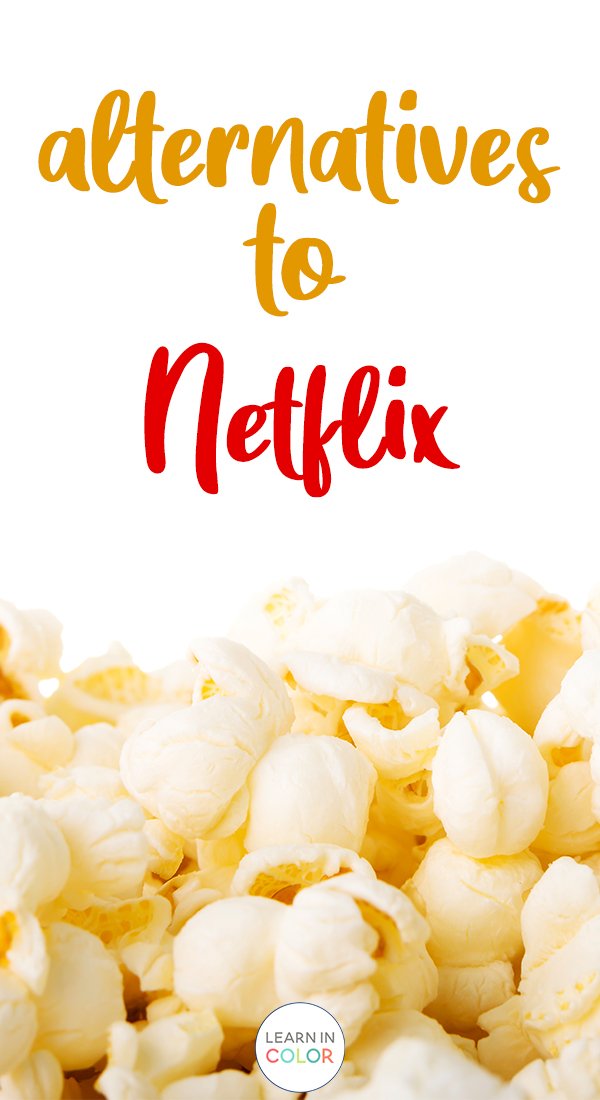 A lot of the outrages I see on social media are based on things taken out of context, straight-up lies, exaggerated, people causing unnecessary drama, etc. – and I try to avoid them.

But after seeing a few clips from the movie Cuties, I’m shocked and disgusted. Netflix had another recent controversy similar to this, but in the case of Cuties, Netflix has produced it. I won’t rehash the movie (you can find more about it here), but even if the sexual content was justifiable, if you ask Netflix if they support pedophilia, you will receive a canned response stating they support a wide and diverse variety of opinions. Yikes.

Alternatives to Netflix – Kids Only

YouTube Kids isn’t perfect, but it’s a free app designed for kids and filters some of the raunchier side of YouTube that kids can accidently come across.

Yippee and Minno are both Christian based “Netflix for kids.”

Curiosity Stream has a variety of great educational documentaries for kids, at $20 a YEAR.
There is also Pureflix, a Christian based streaming platform. Honestly though, I found a lot of their movies have bad acting/the same plot lines.

I do NOT condone illegally downloading/watching movies as a way to get around paying for services like Netflix, but there are free (legal) movies available on YouTube and IMDb. Most of the movies are junky but I’ve found a few good ones on there.

There’s also the filtering service VidAngel. I love VidAngel because YOU are in control of what to filter.

There is also Hulu and Disney+, which I use more often anyway.

Amazon Prime has a variety of free movies if you have an Amazon Prime account. I’ve been thinking of canceling my Prime membership since I don’t use it as much as I used to, and there is a lot of overlap with Hulu in their free movies. If you already have an Amazon account, this is a great option.

CBS and NBC have released their own streaming platforms, and you can often view the latest few episodes for free on their website/app.

I rent movies and tv series for free from my library, which is great and a way to support your local library. (They also have new releases for sale for $2-5, a great deal.)There are also tons of non-Christian movies that have tons of great lessons and values, or are just fun and not full of smut. Here is a list of 100+ character building movies for teens.

I don’t expect every company I purchase from to support my views 100%. There are tons of companies I shop at and I know they don’t match my views 100%. Expecting anything different means…well, you’ll never shop anywhere. But Netflix is a business, and millions of people canceling WILL affect their bottom line.

On another note, when a movie comes out that DOES support your values – go support it in the Box Office. I rarely go to the movie theater (it’s expensive!), but the films I’ve seen tend to be ones I want to financially support: The Dropbox, Downton Abbey movie, American Sniper.

Some people are fine living without any TV and while I love books, I love having TV on in the background as I work (it also helps me focus haha). There are a lot of alternatives to Netflix though. If you have canceled Netflix this week, I hope one of these alternatives are helpful.

The Pursuit of Happyness Movie Study