Willy Wonka and the Chocolate Factory is one of my favorite movies filled with so many life lessons. Enjoy these 5 life lessons and a Willy Wonka movie study! 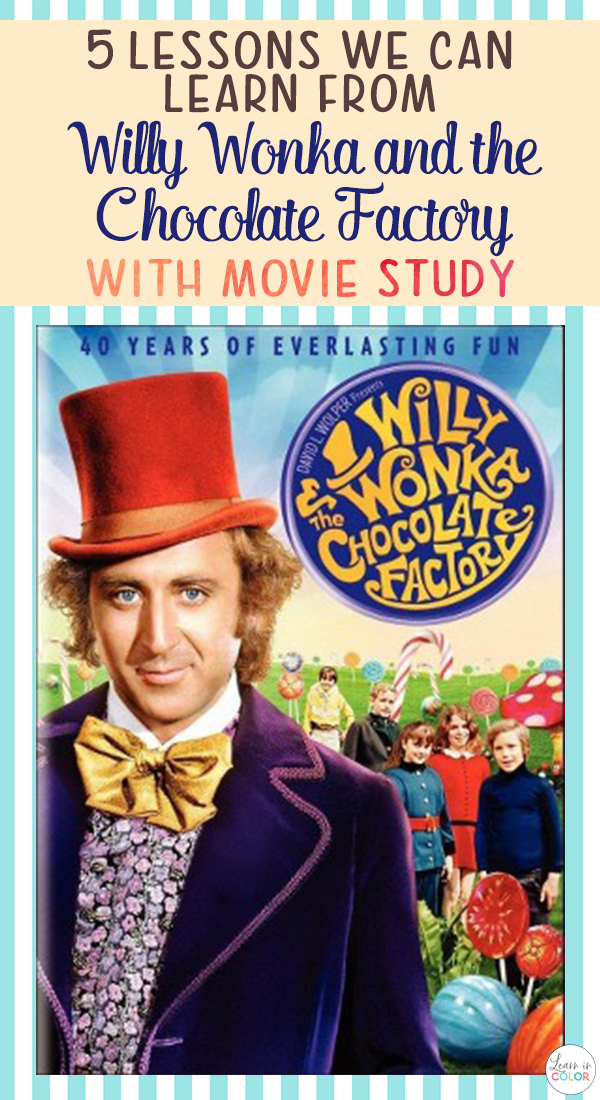 Charlie imagines a life different than his own. He sparks an interest in the life of Wonka and hopes to one day inspire as Wonka has. His imagination is what causes him to even buy a Wonka bar that gets him into Wonka’s glorious factory.

Wonka continually says that “there is no life to compare with pure imagination.” Despite his quirks and odd behavior, Wonka pushes people to lean into their imagination and hold onto hope. 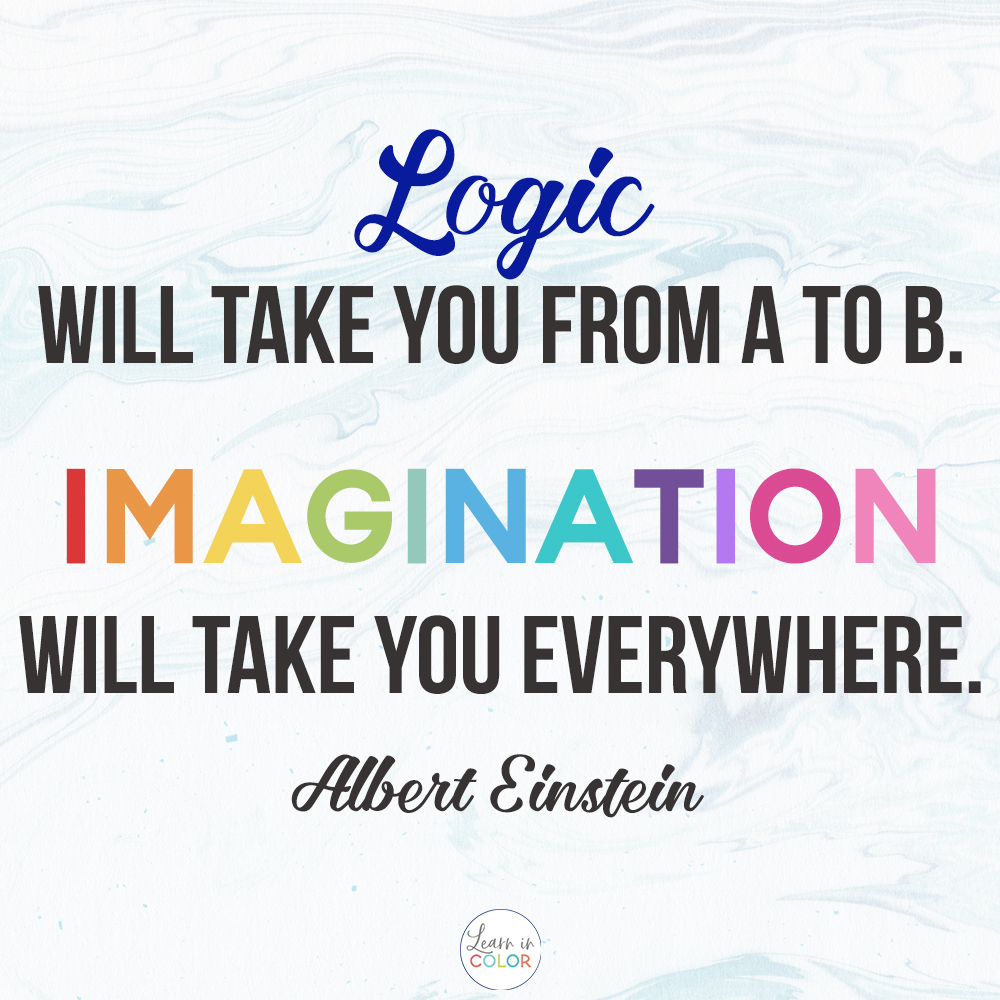 2. Integrity has nothing to do with wealth.

Charlie comes from a world where he has to work hard for the little that he has. It would be easy for him to lie and cheat and gain just a bit more, but he doesn’t.

This lesson is amplified at the end of the film when Charlie returns the gobstopper to Wonka, rather than giving it away to Slugworth.

Throughout the tour, each of the kids have more than Charlie but act out in ways that are selfish, rude, and condescending. Many believe that if you have wealth, you can buy your way into shortcuts, but it’s always better to do the right thing instead. 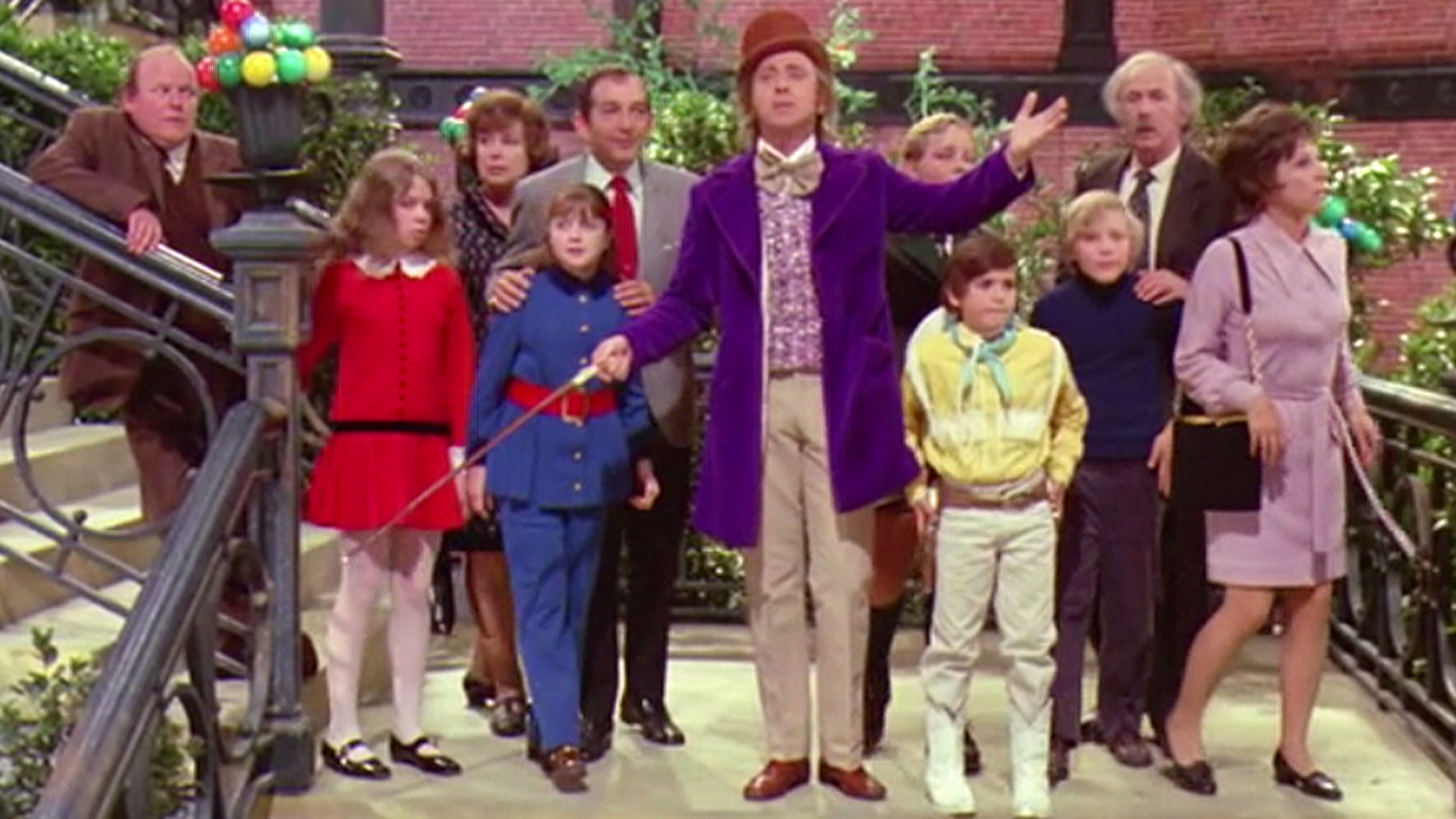 3. Kids learn from their parents.

When Veruca falls down the garbage chute, the oompa loompas sing about her rotten behavior. They reference her spoiled lifestyle and desire to be pampered and talk about it being the fault of her parents.

Throughout the movie, we see parents continually being pampered and even rewarded for bad behavior.

Augustus has a habit of eating, as do his parents. Violet has a desire to be number one in all she does, something she learned from her parents. Mike is a disrespectful child who can’t get away from the television because his parents allow him to.

4. Learn from your mistakes.

While walking through the Fizzy Lifting Drinks Room, Wonka warns the parents and children to not sample the drinks. Charlie and Grandpa Joe ignore this warning and try some of the fizzy drinks anyway. This causes them to begin to float towards the ceiling exhaust fan. Though they think they are about to meet their end, one of them burps and begins to return back down. Charlie and Joe burp and burp until they’re back on their feet.

They take this as a lesson, going through the rest of the tour carefully, how Wonka intended, rather than letting their curiosity lead them.

Charlie comes from nothing. He grew up watching the other kids in town head to the candy shop while on his paper route and wishes he too, could spend his time there.

When Wonka announces his five golden tickets, Charlie dreams of being one of the recipients, even after the first four have been found. Despite his circumstances, Charlie continues to dream of having a grand chocolate factory experience.

There are so many ways to teach with movies if you look for grand opportunities!

You can grab the movie study here or on Teachers Pay Teachers! 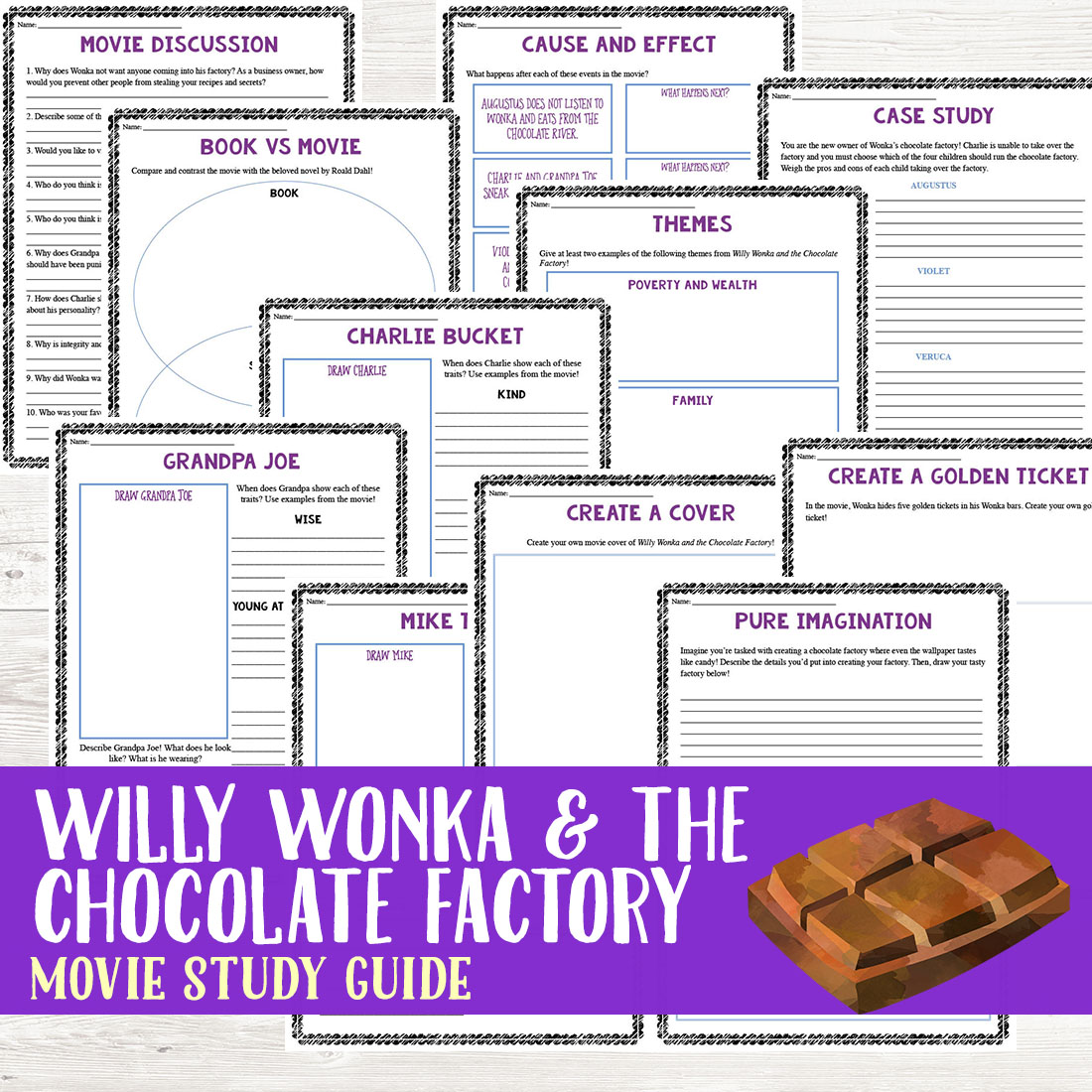