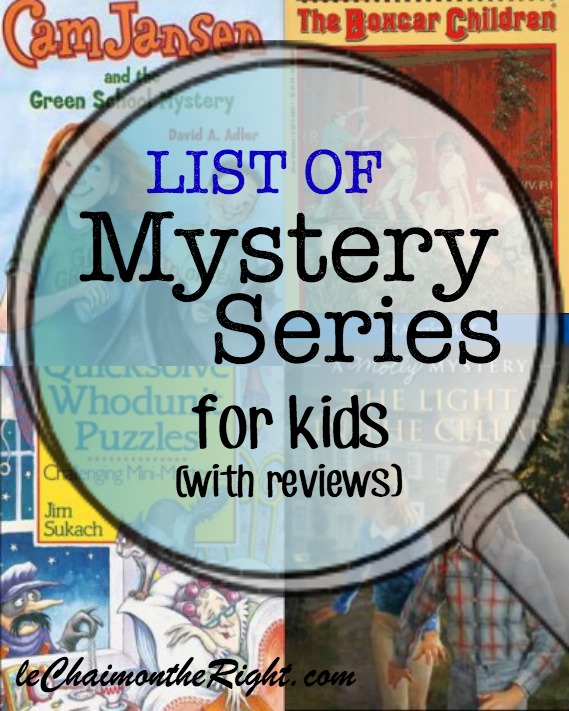 This is part of a series called 11 Lists of 11 Books. I have read all books unless otherwise noted.
When I was in elementary school, all I used to read was mysteries!! I love mysteries!! Now, it’s mostly historicals, but I still do love the analytical aspect of mysteries. 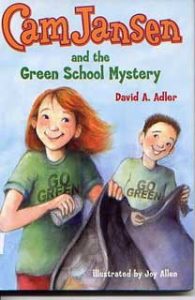 Cam Jansen
Cam Jansen is a young girl with a photographic memory – and a love for mysteries! There are tons of books on various topics like art, sports, and history, making them appealing to any interests. The Cam Jansen site has tons of resources for school.

I’ve only read one (The L one) of the 26 books in this series, but I really enjoyed the one I did read. Some peril is involved, (like when they track down a robber) but as far as I know, nothing most wouldn’t be OK with.
The Adventures of Mary-Kate and Ashley
These mysteries are geared mostly toward younger girls, and the mysteries are puzzling and challenging, but not too hard. The reading level is close to “Cam Jansen” and “Magic Tree House” series.

Clue Jr. Mysteries
A mystery series for younger kids. These mysteries are both clean and fun, telling stories with the answer to the mystery upside-down. 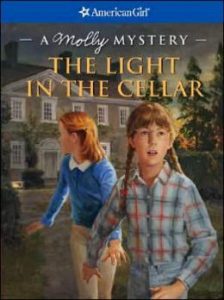 The 39 Clues
I have never read this series, but I have heard great things about it.
Thirty-nine clues hidden around the world  reveal a secret, and Amy and Dan are determined to find that secret!
American Girl Mysteries
Did you know…each American Girl has a mystery (or mysteries)? I have read the majority of books in this series and I love them all! The reading level and the content (some historical violence) are higher than the traditional American Girl books. Each book has a historical note at the end relating to the story. Both historically educational AND exciting!
The Kit mysteries are my favorites; they don’t really have much violence.
Samantha: The Cry of the Loon, Stolen Sapphire, Curse of Ravenscourt, Clue in the Castle Tower
Kit: The Thief in the Theatre, Danger at the Zoo, Missing Grace, Midnight in Lonesome Hallow
Felicity: Traitor in Williamsburg, Lady Margret’s Ghost, Peril at King’s Creek
Kaya: The Silent Stranger
Josefina: Secrets in the Hills
Kirsten: The Runaway Friend
Addy: Shadows on Society Hill
Rebecca: The Crystal Ball, A Bundle of Trouble, Secrets at Camp Nokomis
The Boxcar Children 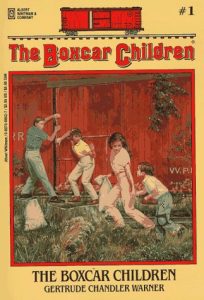 Nancy Drew and the Hardy Boys
I’ve never read either of these series, but I will read a Nancy Drew someday.
American Girl History Mysteries
I would not recommend this series to anyone under fourth grade. These books are a higher reading level and often have more danger involved than previous American Girl books. A few of them scared me to death and the majority deals with topics like murder. (as in, the protagonist thinks she will get murdered, but doesn’t. No other content-issues besides violence) But, I guess that’s the whole point of mystery. I have read most of the books in this series. (My favorite (which is violence-free) is The Night Flyers.)

Quicksolve Whodunit
This series would be OK for about fourth grade and up. BUT, the puzzles are more challenging than most of the books on this list. Each mini-story starts out with a mystery, mostly a (non-scary and non-graphic) murder, a fraud case, or a robbery. The answer to the mystery is in the back of the book. For some, you have to really pay attention to see what is wrong with a story. For example, in one of the books, a woman claimed to have been robbed and locked in her car when really, you can’t lock yourself in the car.
I’ve read Challenging Mini-Mysteries (picture right) and Dr. Quicksolve Mini-Mysteries. I liked the former better than the latter because Dr. Quicksolve Mini-Mysteries often includes stories like “That COULD be the thief because he matches this characteristic, but there’s no way to be 100% sure.”

Encyclopedia Brown
I have not read this series, but I have heard some great things about this series.
What are your favorite mystery series or books?