Sophie Scholl was born in 1921, the fourth of six children. Her family was Lutheran, and her father was vocally anti-Nazi. Despite her fathers protests, in the early 30s, Sophie willingly joined the Hitler Youth. She loved the games and excitement it brought, along with being with her friends.

However, Sophie hated injustice. When the Nuremberg Laws came in 1935 and stripped the rights of all the Jews, Sophie was infuriated. She entered the University of Munich in 1942 where she studied biology and philosophy. That year, Sophie’s father was imprisoned for making anti-Hitler comments. 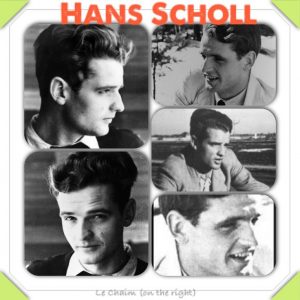 In 1942, an anonymous essay entitled “The White Rose” floated around the University of Munich. Hans Scholl, medical student and brother of Sophie, read this anonymous anti-Nazi essay. Inspired by the audacity the author of the letter had, he began spreading the essay wherever they went – and thus, The White Rose was born. (It was known in German as Die Weiße Rose.) The original members were Hans Scholl, Willi Graf, and Christoph Probst. Originally, Hans tried to hide his involvement from Sophie but when Sophie found it, she joined. 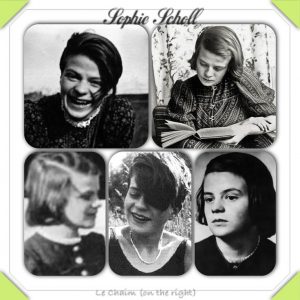 On February 18, 1943, Hans and Sophie spread the sixth leaflet around the University of Munich as usual. Right before the class break, Sophie noticed a huge stack of pamphlets still in their suitcase. At the top floor, she grabbed a handful of leaflets and flung them over the balcony, just as students were about to fill the atrium. A university janitor had seen them, and immediately turned them in.

Hans, Sophie, and Christoph Probst were arrested, tried, and sentenced to death. Christoph’s wife was in the hospital with their third child.
During the middle of the trial, both of Sophie’s parents came. Her mother was upset. Her father was proud of his children and wanted to defend them, but neither was allowed to come in. Before being executed, Hans and Sophie were allowed to have one last visit with their parents.

The court could not understand how three Germans, raised in German families, German schools and Hitler Youth, could rebel. Sophie boldly replied, “Somebody, after all, had to make a start. What we wrote and said is also believed by many others. They just don’t dare to express themselves as we did.” 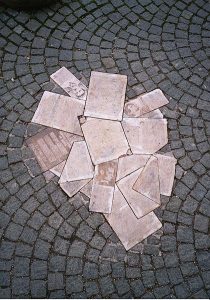 While in prison, the Scholl’s were most notable for their courage; they refused to show fear. Sophie walked to her death unflinching. Hans’ last words were “Long live freedom!”

The execution date was February 22, 1943. Soon after the Scholl’s death, The White Rose’s sixth leaflet was smuggled to the Allies. The Allies copied millions and air-dropped the leaflets all over Germany.

The White Rose’s legacy still stands – today nearly all of German knows who these heroes are. Streets and places are named after the Scholl’s and The White Rose. Pamphlets surround the University of Munich in commemoration. (You can see pictures here.) In 2005, a German movie entitled Sophie Scholl: The Final Days depicts The White Rose. The White Rose has also been featured in other documentaries, movies, and books.

Although this quote comes from an unknown source, it is quoted in a 2008 book as Sophie and has a very fruitful message.

“The real damage is done by those millions who want to survive. The honest men who just want to be left in peace. Those who don’t want their little lives disturbed by anything bigger than themselves. Those with no sides and no causes. Those who won’t take measure of their own strength, for fear of antagonizing their own weakness. Those who don’t like to make waves—or enemies. Those for whom freedom, honour, truth, and principles are only literature.” 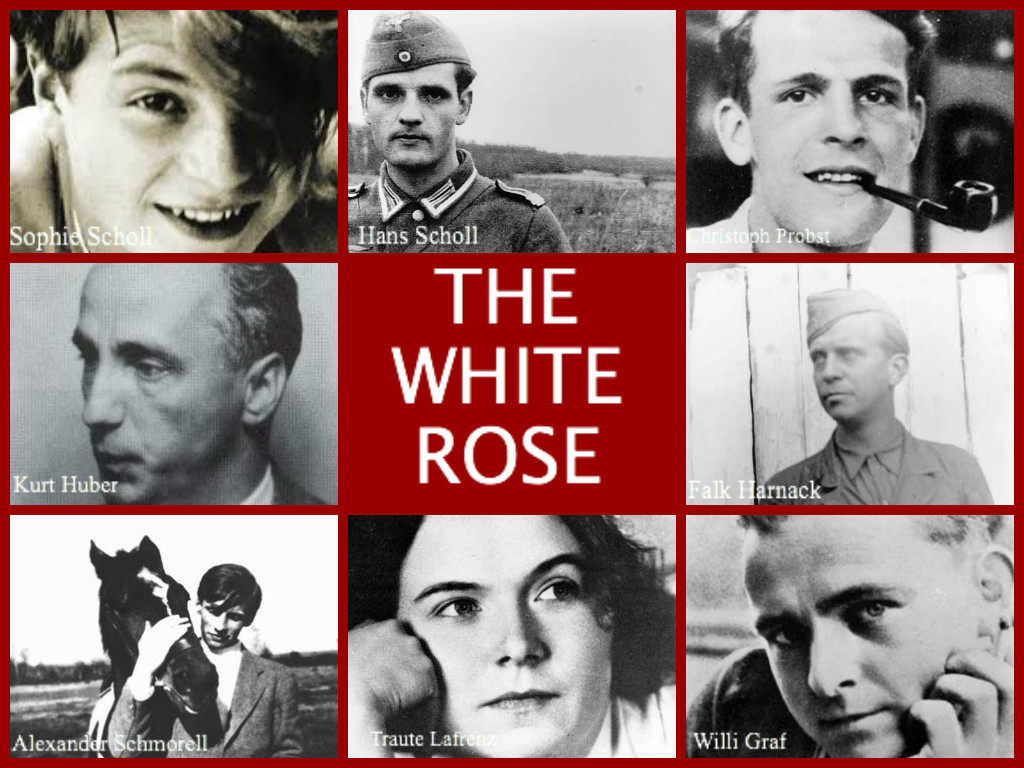