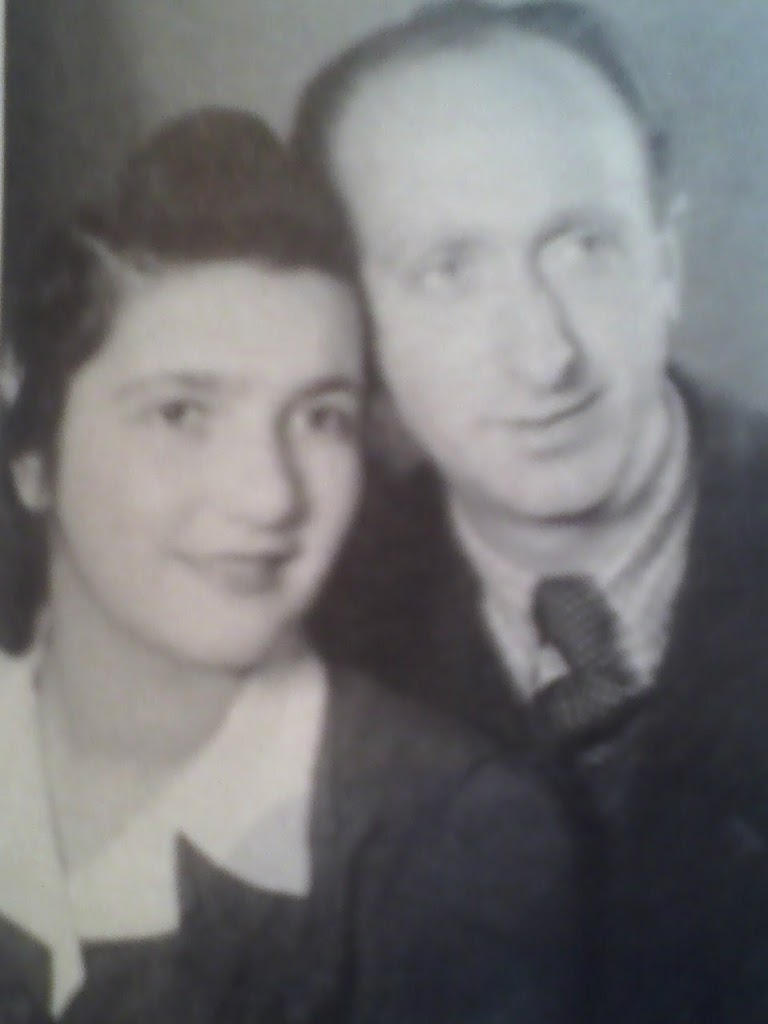 Born in 1914, Jack Werber grew up in Radom, Poland. Out of a hundred thousand residents in pre-WWII Radom, only about a third were Jewish. His mother died when he was five, and being the youngest of eight siblings he was often spoiled.

It was in this time of his life Jack met Rachel Weintraub. She was a devoted Zionist and the two had a lot in common. They married in 1937, and planned to go to Palestine. However, Jack’s father did not want his youngest child to leave so far away. So instead, the two stayed in Poland and in 1938, they had a baby girl they named Emma.
In September 1939, the Germans invaded Poland, starting World War II. Jack, among other Jews, was promptly arrested at random was was taken to the concentration camp Buchenwald. At first, Jack’s only concern was working and surviving. However, in 1942, Jack was asked if he wanted to join the Buchenwald International Underground. He accepted, and his first job was to find out if inmates in charge were abusing their position. If they were, Jack would report them, and then the person would be replaced. 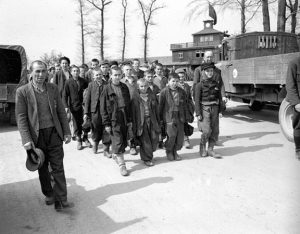 Originally run by German communists and social democrats in the early 1940s, by the end of the war the Buchenwald Resistance ran the majority of the camp and eventually liberated it as the Americans drew near.
Since the Nazis were lazy and couldn’t run the whole camp, Buchenwald was run by “prisoner functionaries”, which were basically prisoners in charge of other prisoners. Many of these prisoners were criminals, mostly convicted murderers. They of course were hated by the other inmates. The Buchenwald Resistance began catching these murderers in crimes (such as stealing), get them sent to the quarry (certain death), and then the resistance would replace these inmates with political prisoners – more humane people.

The Nazis began sending masses of Jewish people to concentration camps in mid 1944 to 1945. Until then, Jack had no knowledge of his wife, Rachel or his daughter, Emma. In 1944, a friend had told him that both his wife and daughter were murdered at Auschwitz concentration camp. Jack was heart broken.

But something happened in August of that same year. A train full of about seven hundred young boys, ages six to sixteen, arrived at the camp. One of these boys was the Novel-Peace Prize winning author Elie Wiesel. Seeing these young children brought back memories of Emma, and with the resistance, Jack became fanatical about saving them. The non-Jewish underground did not oppose to this, but children were not as great a priority as politicals and other adults. Jack, however, made it his mission to save as many children as possible.
The children were hidden all over the camp, with very few actually working. For the undocumented children, food came from the medical building and the prisoners who had German wives that sent them food. Jack was a barrack secretary and cared for about 150 children in Block 23. Gustav Schiller, who many recall with kindness, was the block leader of Block 66, where Elie Wiesel was.
Starting in September 1944, there was even a makeshift school that was set up for some of the children. The children learned Yiddish, Hebrew, poetry and history. Jack remembers one eight year-old refuse to go to classes, saying, “Why should I go to school? I won’t come out alive anyway.”
The children were always kept in the barracks, and great measures were taken to prevent the Nazis from entering the barracks. The main excuse was with all the diseases, the Nazis were sure to catch something if they entered the barrack.
As the Americans cornered the camp, the Nazis fled. The heavily armed resistance took over the camp. At last, on April 11, 1945, they were liberated – and 700 children were saved. Jack had survived 5.5 years in Buchenwald. The Americans were met joyously and gave them food and medical relief.
While searching for relatives, Jack met camp survivor Millie Drezner, and married her in January 1946 and the two moved to the United States in May of that year. Jack made a huge profit from the Davy Crockett fad in the 1950s and later invested that money in real estate. He and Millie lived very happily for sixty years. Jack and Millie were interviewed by USHMM (United States Holocaust Memorial Museum) in 1989. This interview can be found here.
In late November 2006, Jack died of a heart attack in New York. He was 92 years old. He has told his story in his brutal, unflinching memoir Saving Children. Millie recently wrote a memoir, and although I didn’t like it as much as Saving Children, it includes more post-war stories than Jack’s memoir. There is a documentary called The Boys of Buchenwald about the rescue, but I have not seen it.
For some reason, the rescue and resistance seems to be little-known and few books or documentaries have been dedicated to the subject. Since I have and will continue to find amazing little-known stories like this, I suppose my research of World War II will never be over.